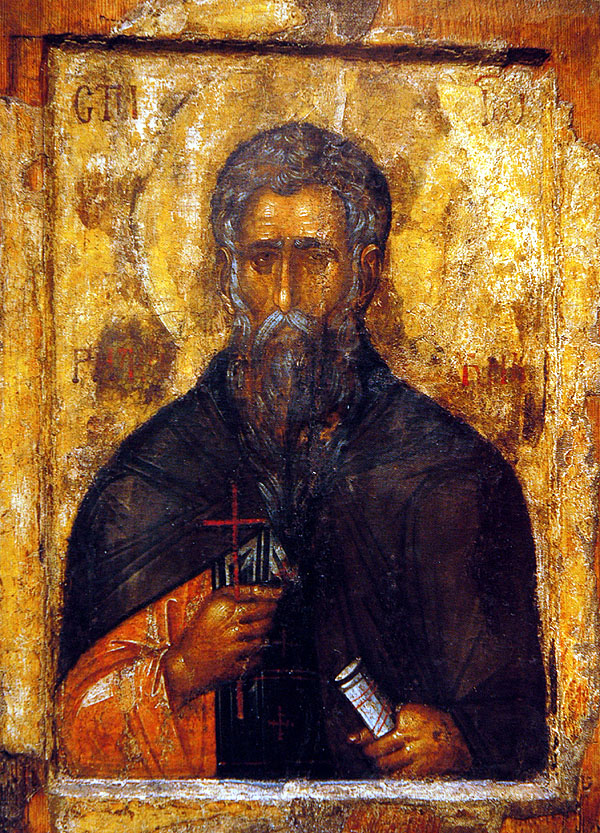 The spiritual ancestry of this great saint does enrich the Orthodox Churches around the world even to this very day. St. John of Rila is considered the forefather of Hermit Life in Bulgaria and officially heavenly protector of Bulgaria and our Bulgarian Orthodox Church

Great are the mercies over the years, we as Bulgarians received throgh the holy prayers of st. John.
The saint is called of Rila because he spend biggest part of his life in Rila Mountain “desert”, living a life of solitude and holiness. As his living states, he has numerous times been fighting the passions and been fighted by the devil and evil spirits, who tried to shutter his faith unsucessfully. With his vigilance and persistance in faith and his deep love for Christ, he achieved saintship.
Pupils of the saint has later established Rila Monastery – a monastery holding rich spirituality and being a spiritual fortress of Orthodox Christian faith. St. John is also considered a building stone (not to say creator) of Bulgarian lands monastic life. Here is the Troparion to the Saint:

For his holy living our Lord Jesus Christ granted the Saint, great spiritual gifts including the gift of miracle making and healing.

The most famous story the meeting of Saint John with King Peter I is well known and documented in historical sources, Here is the story itself (Story is copied as translated from Bulgarian to English and located in wikipedia free encyclopedia:

Tsar Peter I (son of tsar Simeon I) took a 120 km. trip to the Rila Mountains in order to meet St. Ivan and seek spiritual advice. Their meeting is described in detail in one the hagiologies of St. Ivan Rilski as well as in the Testament of St. Ivan of Rila itself. After a long and exhausting trip, tsar Peter I reached the place where St. Ivan Rilski lived, however, upon arrival, the tsar then realized that the dwelling of the saint was inaccessible, probably due to the rough local terrain. As the medieval hagiologies point out, St. Ivan of Rila refused to meet the tsar in person to avoid the temptation of vanity and pride due to the extraordinary visit. As such, the two men only bowed to each other from a distance. The emperor sent a soldier to deliver the gifts that were brought for the saint. St Ivan of Rila kept only the a small portion of food and returned all of the gold and precious gifts, advising the tsar that monarchs need gold in order to protect the country and help the poor.

According to local Bulgarian Church Tradition, due to his saintship God granted the saint Dormition. Dormition is less used (word) term outside of Orthodox Christian faith, in short it means Jesus himself went down from Heaven with with Holy Theotokos and his Holy Angels to receive St. John of Rila’s saintly soul!

Those familiar with Orthodox Christian faith base, would know over the whole humanity history, there are few respected to receive Dormition. Most famous and greatest Dormition is of course, the Dormition of Holy Theotokos; According to our Church history in a similar way to Holy Theotokos Dormition, saint John received his Glorofication and Salvation on the day of his Dormition.

Shortly before his death (Aug 18, 946) St. Ivan of Rila wrote his Testament Zavet (the bulgarian word for testament). st. John’s Testament is a literary work and a a deeply spiritual Christian message instructing his successors how to adjoin to proper a high spiritual life. The testament is an instruction dedicated to teach the whole Bulgarian nation to stick firmly to faith in Christ and live a good life in Christ.

This entry was posted on Friday, October 19th, 2012 at 5:42 pm and is filed under Christianity. You can follow any responses to this entry through the RSS 2.0 feed. You can leave a response, or trackback from your own site.