The Great Epiphany, appearance of God to Men and Manifestation of the Son of God by the Baptism in River Jordan. A short biography and history of the feast and its meaning

"And behold, the heavens were opened to Him, and He saw the Spirit of God descending like a dove and alighting on Him. And behold, a voice from heaven, which said: This is My beloved Son, in Whom I am well pleased." (Matt. 3:16-17) 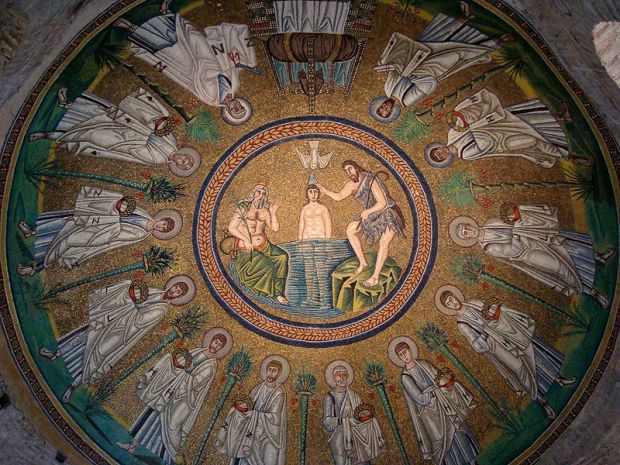 There is clear evidence of the celebration of this most ancient feast of the Lord as early as the 2nd century, but by the 4th century it was combined with the Nativity of Christ.
The common holiday for both events was called “Epiphany”, because at His baptism in the waters of the Jordan, Jesus Christ appeared to the world for public service and his hypostasis as Son of God has been manifested by the Descendent of the Holy Spirit in the form of a Pure Dove.
Through His birth He appeared to the world in the flesh. In ancient times the celebration of Epiphany (Theophany) and Nativity (Christmas) according to many liturgists has been celebrated on a single date by the whole Worldly Church both in East in West, North and South.

The term Theophany was less used though as Theophany is distinguished by the word Epiphany as (Theophany) has been a word used to also mark celebrated by Greek paganistic false believes, whether Epiphany has a meaning of the Christian meaning of God’s revealing himself for the world by the Baptism of the Lord Jesus Christ Son of God.

Later, the Church for different reasons the decided to celebrate the two events separately – on December 25 the Nativity of Christ, and on January 6 – the Epiphany. 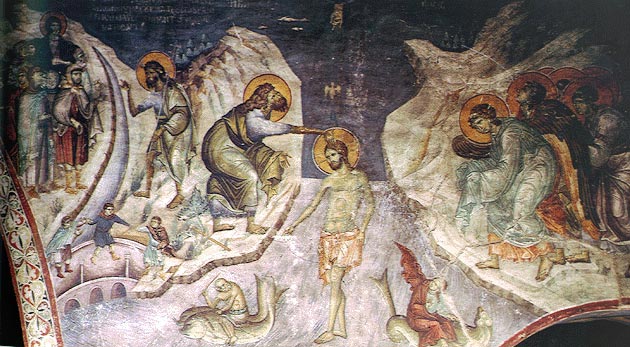 There are too few details about the earthly life of the Lord Jesus Christ before His baptism, which we can find in the pages of the Gospel narratives as God decided to keep his aspect of his earthly presence in the flesh a secret to be only revealed in the Life in Heaven, where those chosen and sanctified by his All Filling Grace through the mysterious of the Church and all those will receive salvation will see and understand why this was hidden by us while being in the flesh .

The Saviour, Who truly strove

“And Jesus answering said unto him,Suffer it to be so now: for thus it becometh us to fulfil all righteousness. Then he suffered him” (Matt. 3:15),

waited until he had reached the age of 30, required by Jewish custom for every priest or teacher, and before going out to preach publicly, he accepted the baptism of His Forerunner saint John the Baptist whose feast day is on 7th of January just a day after the day of Epiphany.

Shortly before that, John the Baptist, the son of priest Zacharias and Elizabeth, had begun his penitential preaching at God's command 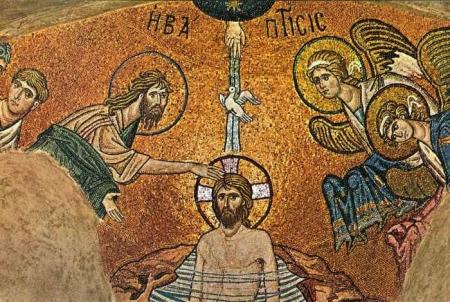 “These things were done in Bethabara beyond Jordan, where John was baptizing.” (John 1:28). John was the Angel predicted by the prophet Malachi, who was supposed to prepare the way of the Lord (Matt. 3:1).

The great Old Testament Prophet Isaiah also spoke about him:
"The voice of one crying in the wilderness says: prepare the way of the Lord, make the paths of our God in the wilderness" (Is. 40:3). His call: "Repent, for the kingdom of heaven is at hand!" (Matt. 3:2)

attracted the attention of even the Pharisees and Sadducees. (Matt. 3:7). People from all walks of life approached him with anxiety and trust. Priests and Levites from among the Pharisees were sent to him from Jerusalem to ask him: 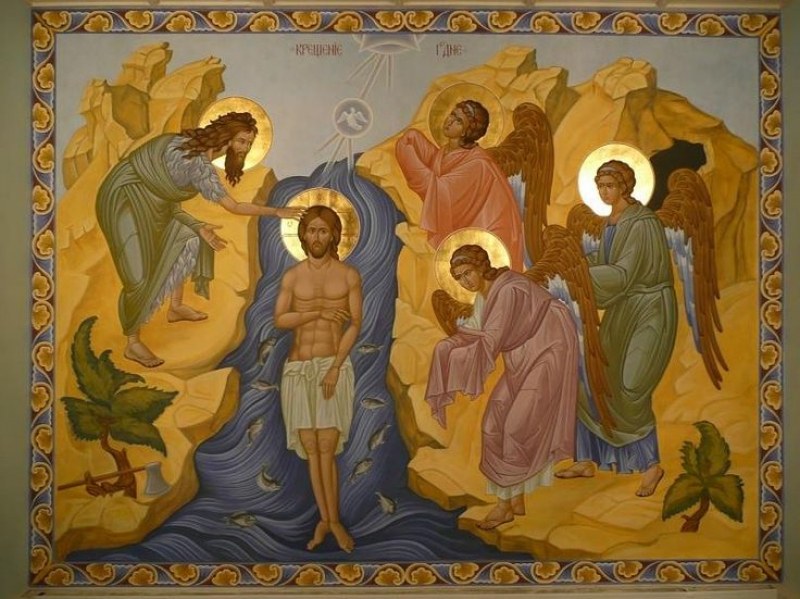 and John answered them:
"I baptize with water, but one stands among you, whom you do not know. He is the one who is coming after me, who preceded me, and whom I am not worthy to unbind the thong of His shoe" (John 1:26-27).

And behold, this One came!

"And when all the people were baptized, and when Jesus, after being baptized, was praying, the heavens were opened, and the Holy Spirit descended upon Him in bodily form, like a dove" (Luke 3:21).

At the baptism of Jesus Christ, this great secret was announced to the world, about which the Old Testament only hinted and about which ancient Egypt and India only spoke in fables – the secret of the Divine Trinity.

The Father appeared to our hearing, the Spirit appeared to human sight, and the Son – to our touch in His many years of communication with men.

The (Heavenly) Father gave His testimony about the Son, the Son was baptized, and the Holy Spirit like a dove flew over the water.

Through the testimony of John: "Behold the Lamb of God, who takes away the sin of the world" (John 1:29) and through the baptism of Jesus, Christ's mission was shown to the world and the way of our salvation was indicated.

Namely: by immersing in the waters of the Jordan, the Lord took upon Himself the sins of the human race and died under its burden, and coming out of the water shows His coming to life, His resurrection. And in us, through holy Baptism, the old sinful and cursed man must die and we come out of the holy (baptismal) font as revived, cleansed, renewed and reborn.

The Feast of the Epiphany is also called Enlightenment, because the Jordanian event enlightens us by showing us God manifested in the unfathomable mystery of the consubstantial and indivisible Trinity. Each of us through Holy Baptism is adopted by the Father of Light through the merit of the Son and through the power of the Holy Spirit. For this enlightenment, he also praised the Epiphany’s Kontaktion found in the Church service book of Menaion:

"You have appeared today to the universe, and Your light, Lord, has reflected upon us who wisely sing to You: you have come and appeared, Light unapproachable."

The feast of the Epiphany is connected with the great consecration of water, which should remind us that at the banks of the Jordan River, God has renewed through water and the Spirit our nature that has become stale from sin.