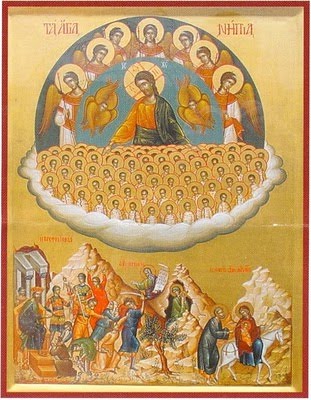 Just a day after the 3 days of Joy of Nativity, on 29-th of December, in Bulgarian Orthodox Church we remember the massacre of 14000 innocent infants in Bethlehem.
Those unhuman act was a fulfillment of Old Testament prophecies in the Book of Prophet Jeremiah.

The murder of the 14000 infants  by Herode's sent soldiers in his futile attempt to kill the new born king The Lord Jesus Christ. Jesus was in a panical fear that the new born child might put him off from the throne. Being driven by his lust for power being unable to find the infant Jesus, he ordered to kill all the infants in Betlehem in age less than 2 year.

Herode, did not succeeded, as by God providence for salvation of mankind through his only begotten son Jesus Christ, sent Angel to warn for the coming of the soldiers. And the Holy Virgin Marry and saint Joseph (being around age 80 at that time) fled to Egypt.

And was there until the death of Herod: that it might be fulfilled which was spoken of the Lord by the prophet, saying, Out of Egypt have I called my son.

Here is the text from the Holy Gospel according to Mathew describing the terrible act of the Holy innocents.

A voice is heard in Ramah, weeping and great mourning, Rachel weeping for her children and refusing to be comforted, because they are no more.

Today the sadness of the day is double as it is a date in which we co-memorate the killing of 14000 innocent children killed in the name of lust for power and greed as well as the usual Friday fasting we have in the Church in remembrance of the sufferings of the Lord Jesus Christ on Golgotha cross.

The 14000 infants are considered the first baby Christian martyrs for the name of Christ. The rage of Herod fell also on Simeon the God-Receiver, who declared in witness in front of everyone in the Temple that the Messiah had been born. When the holy elder died, Herod would not give permission that he be properly buried.

On the orders of king Herod, the holy prophet and priest Zachariah also was killed: they murdered him in the Jerusalem Temple betwixt the Offertory and the Altar – because he would not tell the whereabouts of his son John, the future Baptist of the Lord Jesus Christ. 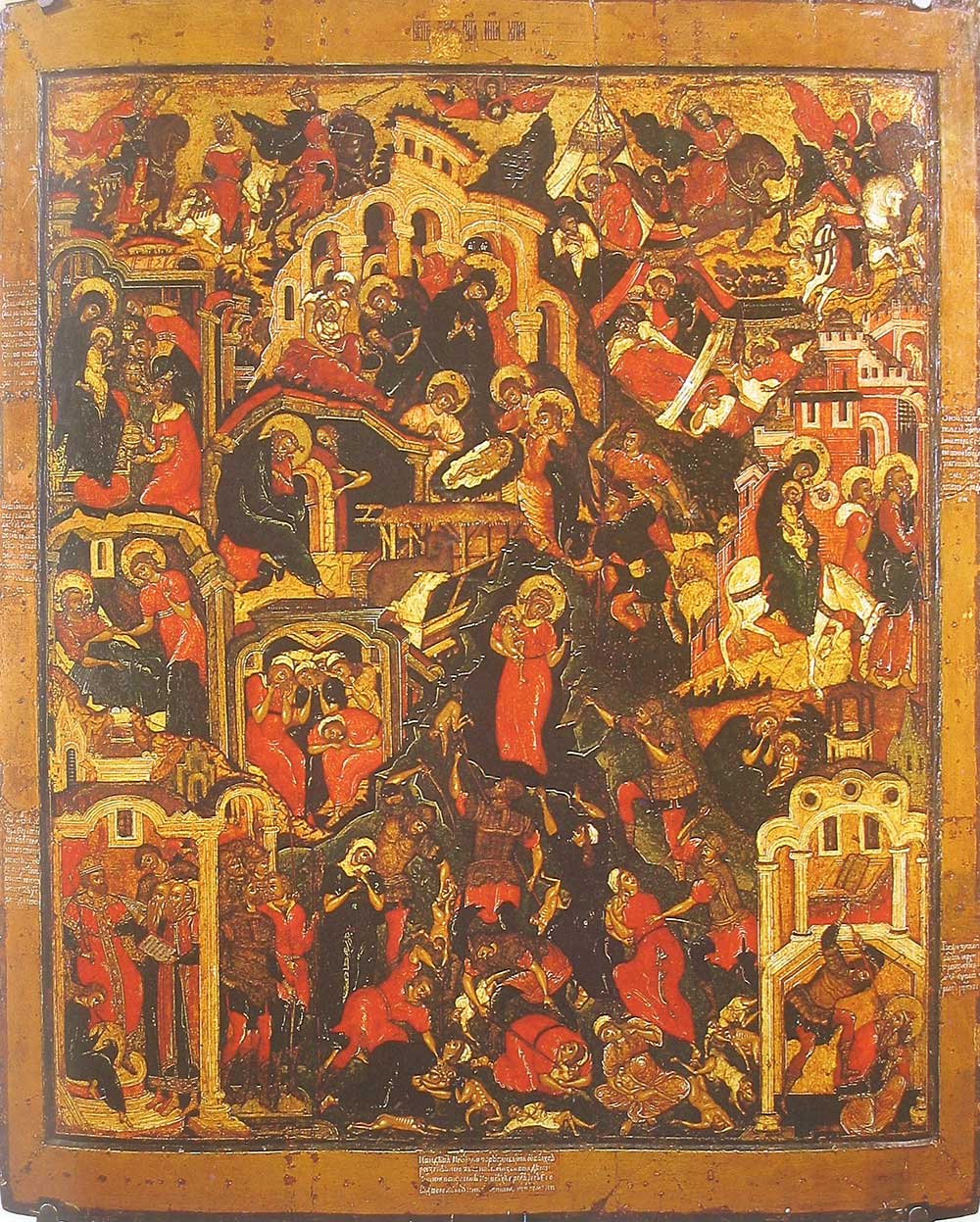 GodÅ› righteous punishment came forth quickly upon Herod himself: an horrid condition struck him down and he died – devoured by worms while still alive. Before his death the impious king accomplished full measure of his wicked deeds: he murdered chief-priests and scribes among the Jews, and also his brother by birth, and his sister and her husband, and also his own wife Mariam and three of his sons, and likewise 70 men of wisdom that were members of the Sanhedrin. 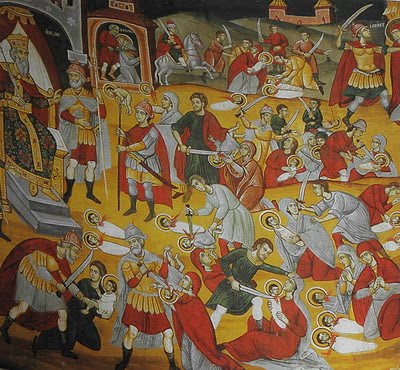 The 14000 infants are the ChurchÅ› major prayer intercessors for all children killed in abortions. The 14000 infant martyrs are great prayer intercessors for people who sinned with the sin of Abortion. Let the 14000 Holy infant Martyrs pray the Lord to have mercy on all us sinners and by their holy prayers to protect new born children from becoming a victim of abortion.

This entry was posted on Saturday, December 29th, 2012 at 12:53 am and is filed under Christianity. You can follow any responses to this entry through the RSS 2.0 feed. You can leave a response, or trackback from your own site.