A Roman Catholic Church made of Bones

I was having a coffee with a friend of mine in the University.Throughout the conversation he mentioned about A Church of Bones located in the Czech republic.
As this triggered my curiousity I wondered what is this, so I checked it on the internet immediately and come up to this Bone Church.

Here is an picture of the place; 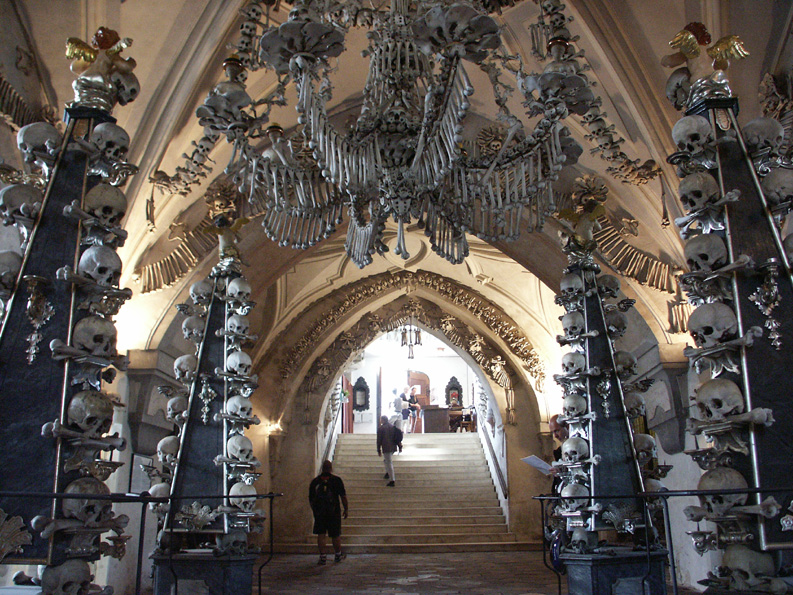 The Ossuary is said to contain about 40 000 and 70 000 people bone remains, it’s really amazing!
The whole Church is decorated with bones and skeletons in a classical Goth style. This place is an ideal tourist destination for every Gothic Rock / Gothic Metal fan 🙂

The complete story about how the Church came into existence and has evaluated to what it looks like today is found here and is also an interesting one to read. 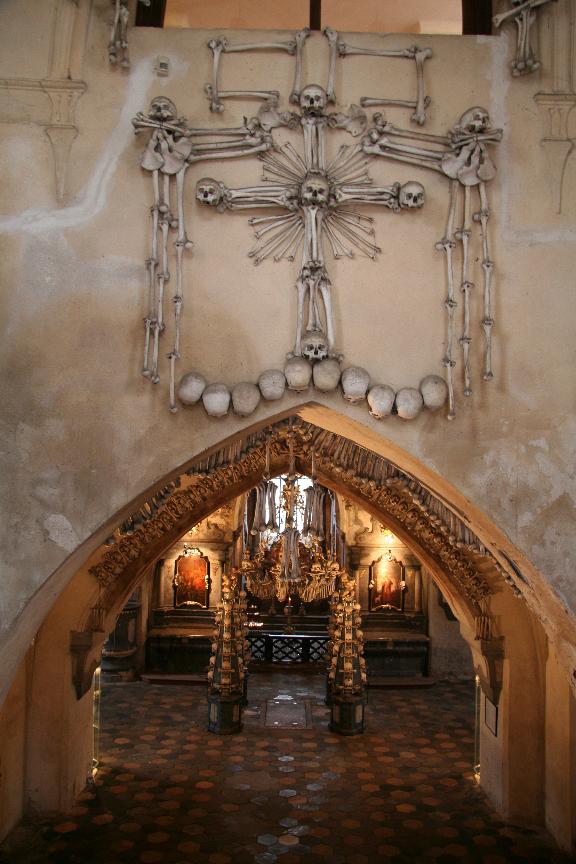 I don’t know what to say about the picture above, I find it as a complete abomination to Christianity.It even looks a kind of satanic ..
The more I’m getting to know catholicism,the more I start seeing it’s fallacy.
This is one more example on how much Roman Catholic Church has diverted from the true faith that was kept and tought by the Early Church fathers.
Of course in the Eastern Orthodox churches we have ussuaries but I have never seen such a thing … this is a bit too much.
Anyways apart from the scarines, it’s a really interesting one to see I guess. Here is a video about the Church of Bones I’ve found in youtube;

This entry was posted on Tuesday, November 23rd, 2010 at 1:26 pm and is filed under Christianity, Various. You can follow any responses to this entry through the RSS 2.0 feed. You can leave a response, or trackback from your own site.