In Linux to check uptime there is the uptime command, so how is it possible to check your system uptime – e.g. check when was last time Windows host was rebooted?

Or in other words what is Windows server equivalent to Linux's uptime command?

To check uptime on Windows OS, there is the:

command a shorter reference to this command is net stats srv

To run it quickest way is to press Windows (button)+r type cmd.exe and exec command in Windows command prompt:

Alternative command to check when Windows system booted is:

If you want to check Windows boot time "the Windows way" through the GUI, launch Windows Task Manager – run taskmgr command and go to Performance tab 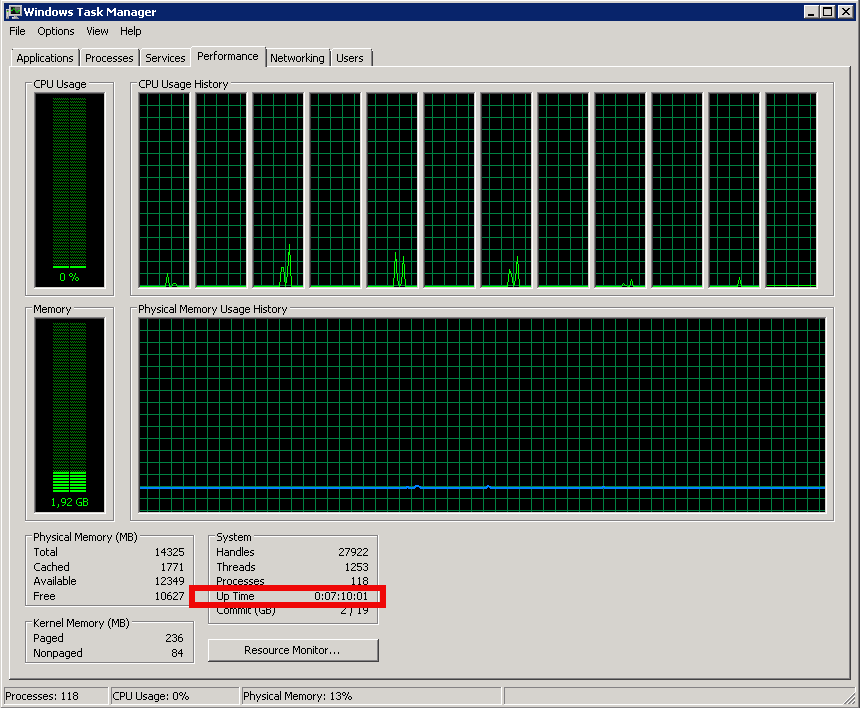 This entry was posted on Wednesday, May 21st, 2014 at 6:09 pm and is filed under Everyday Life, System Administration, Various, Windows. You can follow any responses to this entry through the RSS 2.0 feed.You can leave a response, or trackback from your own site.