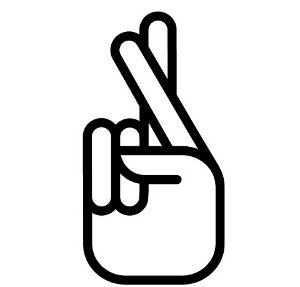 I had a small Skype chat today with my dear Indian friend of mine Happy. She is now in situation with uncertain outcome, where the Indian government has to approve her mother's application for Visa. As being uncertain she used the classical English saying: "fingers crossed – i cross the fingers". I was curious about the origin of Crossing the Fingers and thought for a second over how Cross-ing the fingers originated and how it visually looks like. It depicts a a X cross shape, also interestingly the X is the first letter of the Greek and Slavonic IC XC depicted on each and every icon of our Savior Jesus Christ. XC – stands for Χριστός (in Greek) and

in Slavonic, thus obviously crossing the fingers depicts also first letter of Χριστός – Christ  – Messiah (savior of the World). Having the insight I hurried to explain Happy, why I think people used to be crossing fingers when in situation with uncertain outcome.

Just out of curiosity I searched for Crossed_fingers and found it good explained in Wikipedia. After all, my assumption turned right, crossing the fingers is made not just out of old superstitious as many might thought, It was made on purpose by early times Christians. Crossing the fingers is an external expression of the Internal faith,hope,love and unceasing prayer that early Christians possessed.

Crossing the fingers was very popular in times, when Christians use it as a sign to recognize each other in times of persecution. The reason for crossing the fingers is that it resembles the Sign of the Cross. It is believed even  to this day in the One Holy Apostolic Church the Orthodox Church the sign of the Cross when being made invokes over one the protection and blessing of Christ. Sign of the Cross is being done in prayer in the Church in times of trouble in difficult life time events and when evil is faced. The crossed finger sign was also used as a secret way for Christians to tell each other to assemble for prayer and holy liturgy worship service. There is even symbolism in why people cross fingers with exactly those two fingers with which the gesture is done. In very ancient Church times Christians used to make the sign of the cross over their body using two fingers and not three. 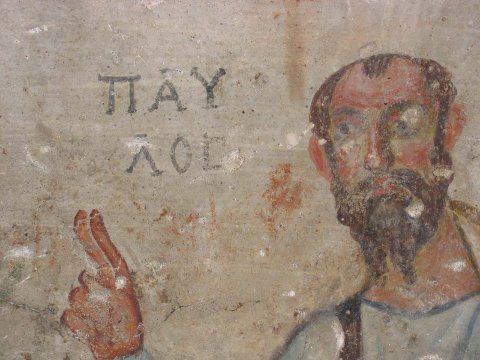 The sign of the cross when being depicted on one's body was done with the exact two fingers with which the crossed finger gesture is completed. 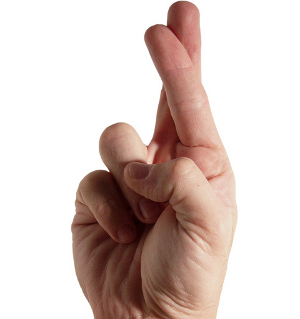 Today crossing the fingers is a popular "good luck" invocation automatic reaction, most people who do it as not being realized Christian don't know why they do it they just believe it will be a magical mantra like which will give them good outcome of problem or difficult situation. It is little sad that we the modern people who think we know a lot and are smart or educated, didn't know even the basics of what made us the nations we're which in the biggest part was Christian faith kept by our ancestors for centuries.

This entry was posted on Monday, January 21st, 2013 at 7:21 pm and is filed under Christianity, Curious Facts, Various. You can follow any responses to this entry through the RSS 2.0 feed. You can leave a response, or trackback from your own site.