Disable Windows hibernate on a work notebook or Desktop Gamers PC – Save a lot of Space on Windows C Drive, delete hidefil.sys howto 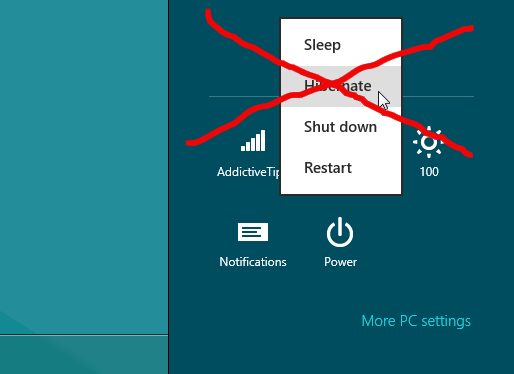 Some Windows  laptop / desktop users prefer not to shutdown computers (especially those coming back from Mac OS backgound) at the end of the day but  hibernate instead.

Hibernate is a great thing but historically we know well that in Windows hibernate is working much worser than on Macs and it is common that after multiple hibernates you will face problems with missing  C: drive space is it might be "misteriously" decreasing in a way that the PC performance degrades as the C:hibfile.sys hidden file occupies few 16Gigas or so (the occupied space by hibfile.sys does resemble the installed RAM Memory on the computer, so if your PC has 16Gigas the hibfile.sys will be lets say approximately 15 Gigabytes)

However most users never use hibernate and might never use it for a life time, especially those on a Desktop Windows PCs, I use Windows as a WorkStation as an employee of DXC (the ex Hewlett Packard or Hewlett Packard Enterprise that merged with CSC) but to be honest I've used hibernate function very raraly on the notebook, thus I find the hibernate more or less useless feature, especially because at many times I try to wake-up the PC after hibernate the computer boots but the display stays dark and I have to restart the Computer before I can go back to normal work operations. Of course my Windows 7 hibernation issues might be caused do to the corporate software installed on my PC or because the fact the hard drive is encrypted but nomatter that in my case and I guess in case of many the hibernate function on Windows 7 / 8 / 10 might be totally useless.


Few works is Hiberfil.sys File and Why you might want to complete disable / delete it


On Windows 7 / 8 / 10 the hiberfil.sys file is being used to store the PC current state at time of hibernation, so if you have to move from a place to place within an organization / university / office without a charger hibernation is a really nice way to save battery power without later wasting time for additional PC boot (where a lot of power is wasted for Operationg System to load and re-opening the opened Browser etc.

So in short sleeping the PC with Hibernate function does cause the Computer to write into C:hiberfil.sys all data at the moment stored in the PC RAM (Memory), which is being cleared up at time of Computer being in Sleep mode.
Once the computer receives a Wake-up call from the hibernation in order to present with the Desktop at the same state hiberfile.sys stored information is being red and transferred to PC flushable RAM so the RAM memory is again filled with same bits it used to have right before the hibernation was made.

Because hiberfil.sys is a system file it has the hidden attribute and it can only be write / read by a Administrator Win account and usually it is not a good idea to touch it

Some people haven't shutdown Windows for 20-30 days and especially if Windows has disabled updates it happens for some users to use the hibernate function for weeks (re-hibernating and waking up thousand times) for long periods so the effect is the hiberfile.sys might become gigantic and if you take the time to check what is file or directory is wasting all your C:> drive with leys say WinDirStat or SpaceSniffer you will notice the lets say 15Gigas being eaten by Hiberfil.sys.

Disable of hibfile.sys is also a great tip for Gamers desktop PCs as most gamers won't use hibernate function at all.

Open command prompt (as an Administartor, right click on the Command Prompt cmd.exe and choose Run as Administartor) and issue below cmd:

If later you decide you need the hibernate function again active on the PC or notebook do issue:

You’re likely reading this because you noticed a gigantic hiberfil.sys file sitting on your system drive and you’re wondering if you can get rid of it to free up some space. Here’s what that file is and how you can delete it if you want to. 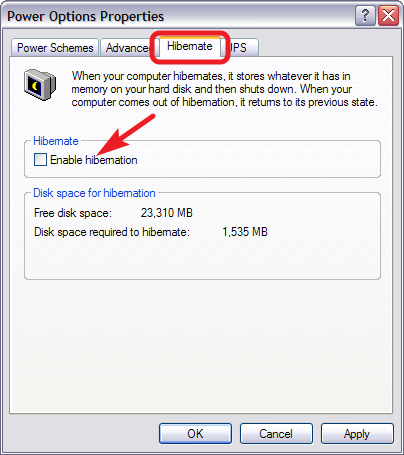 In the Power Options properties window, switch to the “Hibernate” tab and disable the “Enable hibernation” option.

After you disable hibernate mode, restart PC, and manually delete the hiberfil.sys file.

Note: Removing hiberfil.sys is a precious thing to do on old Windows Computers which have been made with a little leys say 40Gigabyte partition drive C: whether with the time due to User profile use and Browsing caches the C: drive has left with leys say 1-2 Gigabyte of free space and the computers overall performance has fallen twice or so.

R.I.P: Chriss Cornell (the head of SoundGarden and AudioSlave who passed away yesterday right on the day when we in Bulgarian Eastern Orthodox Church commemorate the memory of a great-martyr Nicolay Sofijski (Great Martyr Nicolas from Sofia martyred by Turkish Ottomans during year 1555).

I found surprising fact for me  that Chriss Cornell converted to Greek Eastern Orthodox faith under influence of his Greek Wife, below is paste from his Wikipedia page:

Cornell was married to Susan Silver, the manager of Alice in Chains and Soundgarden.[123] They had a daughter, Lillian Jean, born in June 2000.[123] He and Silver divorced in 2004.[123] In December 2008, Cornell reported via his official website that he had finally won back his collection of 15 guitars after a four-year court battle with Silver.[124]

He was married to Vicky Karayiannis,[125] a Paris-based American publicist of Greek heritage. The union produced a daughter, Toni, born in September 2004, and a son, Christopher Nicholas, born in December 2005.[126] Cornell converted to the Greek Orthodox Church through her influence.[127]

When asked how Cornell beat all his addictions he stated, "It was a long period of coming to the realization that this way (sober) is better. Going through rehab, honestly, did help … it got me away from just the daily drudgery of depression and either trying to not drink or do drugs or doing them and you know, they give you such a simple message that any idiot can get and it's just over and over, but the bottom line is really, and this is the part that is scary for everyone, the individual kinda has to want it … not kinda, you have to want it and to not do that crap anymore or you will never stop and it will just kill you."[128]

In a 2011 interview,[129] Cornell said the major change with the reformed Soundgarden is a lack of alcohol: "The biggest difference I noticed … and we haven't even really talked about it: There are no bottles of Jack Daniel's around or beers. And we never talked about … it's just not there."

This entry was posted on Thursday, May 18th, 2017 at 7:18 pm and is filed under Curious Facts, Everyday Life, Various, Windows. You can follow any responses to this entry through the RSS 2.0 feed.You can leave a response, or trackback from your own site.