I sometimes, still use IRC, mostly in Freenode. However sometimes I enter in Bulgarian IRC Network UniBG via IRC access node irc.spnet.net
Problem is by default irssi does not recognize Cyrillic so Bulgarian, Russian, Ukrainian and other Slavonic languages are unreadable. Same goes also for Chineese, Arabic and other "unstandard" characters. Hence from to make irssi support cyrillic, I had to launch it once:

And then type in it: 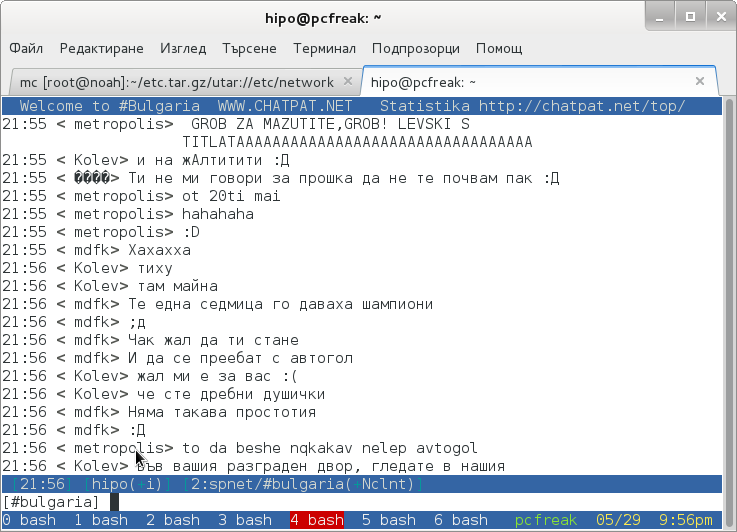 This entry was posted on Sunday, June 2nd, 2013 at 6:28 pm and is filed under Entertainment, Everyday Life, Various. You can follow any responses to this entry through the RSS 2.0 feed. You can leave a response, or trackback from your own site.

One Response to “Enable cyrillic in irssi IRC client on Linux”