How to Repair Ubuntu Linux which failed due to computer switch off during update :) 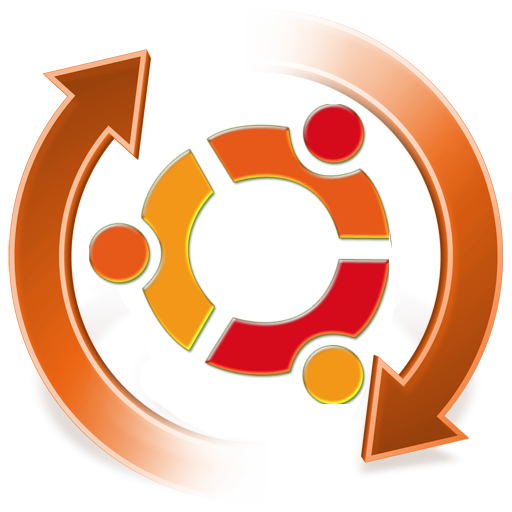 My sister tried updating her Ubuntu to a newer version 12.04 (Precise Pangolin) but in the middle of the dist-update process had to go out and hence closed her notebook thinking the update would continue by itself. I’m not fully aware what happened next, maybe the battery charge went down, maybe the computer entered sleep mode in the middle of some important package update or whatever. The result however on next opening OF her Ubuntu powered Acer Aspire 5736Z was Ubuntu unable to boot properly.
The boot up failed in the middle of booting the BootSplash (from some of the /etc/init.d … init scripts)

My first guess was to try to boot the Ubuntu in single user mode (without GUI environment) and then complete the interrupted packages apt-get dist-upgrade.

In the old days of RedHat and probably nowdays in Fedora, I remember entering single user mode was easy just press I button few times on OS boot in non-interactive mode. The I (boot single-mode) shortcut however is not compatible with Deb based distros (as I found out by trying it out unsuccesfully).

Actually during booting process, this notebook did not even prompted the GRUB menu with even simple choice to choose an old kernel or something, hence I took a quick look on the net how can I make the GRUB menu appear on Ubuntu!.
As I read the reason why GRUB menu did not appear on the laptop boot was due to very short GRUB (select) boot timeout delay set.

Therefore to make the GRUB prompt (select) prompt appear in Ubuntu it is necessery to: 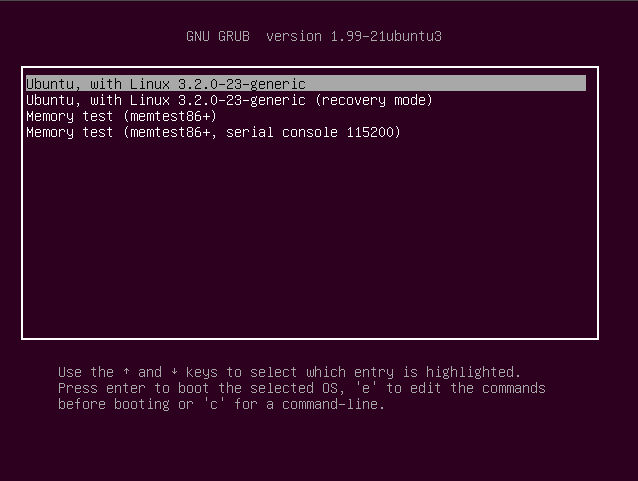 Once the textmode GRUB selection screen appears, as I read in instructions in blogs one has to:
HIT e key, over default boot-up kernel, e.g.:

Now to boot Ubuntu in single user mode as I red it is necessery to modify near line:

Then finally to load up with the changed GRUB options, I have pressed Ctrl+X
Unfortunately this didn’t work on this totally bugged Ubuntu. After continuously looking for way to boot in sigle user or textmode (without X server), I found another blog recommending to change: quiet splash words with text in grub kernel load-up options ..

In my case none of the ways worked out so I finally decided to do it the “old-fashioned” classical way to recover Ubuntu, e.g. – by using Ubuntu Install CD, booting in “Try Ubuntu” mode and using the good old chroot cmd.

Fixing the failed updates Ubuntu, came up to booting with Ubuntu Install CD with option: Try Ubuntu without any change of your computer, further on once the CD boot up, I entered console and inside console used commands similar to one of my previous posts – How to mount /proc, /dev and chroot in Linux

Ubuntu fix was up-to to issuing :

Onwards during the apt-get upgrade and apt-get dist-upgrade few questions poped up asking me if I would like to replace some files with their new versions on each questions I substituted the files with the new maintainer version. Then finally after PC restart my sis Ubuntu boot up now fine with the latest Ubuntu version 12.04.

This entry was posted on Tuesday, August 28th, 2012 at 8:08 pm and is filed under Linux, Linux and FreeBSD Desktop. You can follow any responses to this entry through the RSS 2.0 feed.You can leave a response, or trackback from your own site.

One Response to “How to Repair Ubuntu Linux which failed due to computer switch off during update :)”