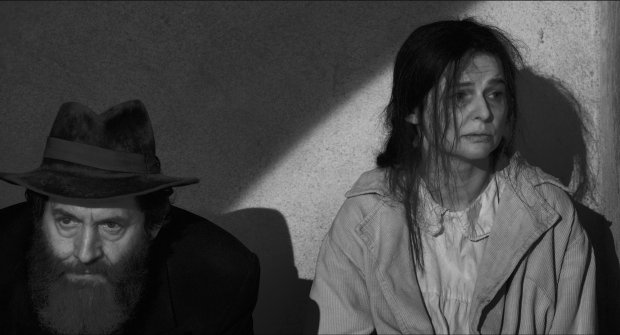 Gipsys (Romani-people) as a communities all around mostly Europe has always raised interest during the last few centuries however little is known on their stereotype of living. Gipsys are famous for their illiteracy, for their cheerful temper, wild character and nomadic life-style as well as strong closed community. Gipsys are famous for that they don't have their own writting (even though they have a number of gipsy languages) and because of them Romani, doesn't keep any record of their history and any history or lifestyle of them is only to be found by non-gipsies. Gipsies are famous for being able to steal for their inclination to telling fantastic stories, be involved with fortune-telling, exaggerating facts or telling lies about their private life, they're famous as good virtuosos musicians and good artists. Most of Gipsys are Christian, Muslim or Atheists. The high-level of illiteracy they have makes anyone educated among them to be considered a success in life.

The interesting way of living of Gipsys has triggered many people to create movies, trying to picture Gipsys life-style like Emil Kosturica's Time of the Gipsys.

Yesteday I was invited by Andrea (an ipo-diakonus) in Saint George Dyrvenica Church in the Polish Culture center here in Sofia to see another movie dedicated to Papusza (Bronisława Wajs) – (1908-1987), a famous gipsy who is practically the first (Polish Gipsy Romani) classic poet and singer. The word Papusza in Gipsy language means 'A Doll' – a name given to the future poetess by her mother.
The movie is a great to saw for anyone willing to know more about the history and culture of gipsys in a synthesized form. My interest into Gipsys is because in Bulgaria officially we have about 350 000 Gipsys and I've encounted many gipsys in my life. During my studies in Netherlands, I had the chance to spend quite a lot of time, being in close relations with Bulgarian gipsy family and I was fascinated on how good hearted and primitive truthfulness of gipsys.

Now back to the movie The fact that a gipsy woman could write a beatiful inspired poems and sing so beatiful and most importantly read was almost scandalous! for the post age of World War II and 1960-80s.
Papusza movie is mostly interesting to anyone interested in culturology and antropology as it depicts the Gipsys common lifestyle and for those who already encountered gipsys in their life gives another understanding on why gipsys are who they're and why they choose to live the nomad, poor, uneducated, often careless but joyful and passionable life.

The movie start showing Papusza's mother while still pregnant with the future poetes. In the 1900s when the story goes Roma (Rom meaning man), just like jewish were quite a closed community moving all through the country of Poland or any other country residing using a horse-drawn caravans (tabors) as a moving houses.
Consorting with non-romas (Gadjo's – meaning like the Jewish Goa distinguishment for non jewish) for any reason different than trade was considered unclean.
However the young poetes had the non-gipsy Wajs surname because according to legend her family used to be touring the great courts of Europe with their harps entertaining kings and aristocrats.

From her birth Papusza was known to be different. A spirit predicted that she would either bring great honor or dishonor to gipsys.
According to the movie she did both. The young Papusza defies her family's wishes and learns to read and write at time,
where almost none gipsy was literate. She is presented stealing a chicken and preseting it to a Jewish store-keeper lady in return for lessons in learning.
Even though her family is strongly again her education (beats her burns her books) she is strunggling to read secretly which later
is shown to have brought supposedly "a curse" on her people.

Papusza meets the Polish poet Jerzy Ficowski in 1949 at a time after being forcefully married to her step-uncle Dionizy Wajs for more than 25 years.
The Gadjo (Ficowski) travels with Wajs caravan for about 2 years as he aims to learn the Romani (Gipsy) language and the gipsy was of life.
He is struck by the beatifulness of Papusza's songs and liking them encourages to continue writting poems. 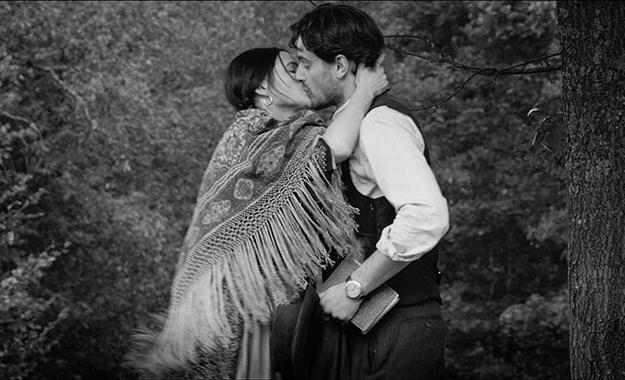 Later Ficowski returns to Warsaw in 1951 and translates from Gipsy Papusza's verses which broughts Gipsy to a mindset that Papusza reveals their secrets. Later the scandal progresses as Ficowski publishes a monograph book "Polish Gypsies" – a book about the beliefs and moral code of the Roma Gipsy people. Being grieved Papusza's clan takes decision to cast her out.

The movie is amazingly giving "a feel" on the fascinating and simple Gipsy nomad lifestyle during the first and second World War in which they were chased marked and killed by Hitler's Germany just like the Jews. The bitter experience later led to Papusza's creating one of her most famous songs. 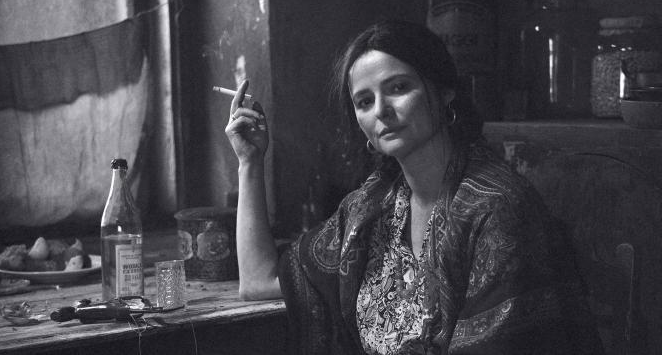 The movie is quite intersting from jumping from time to different stages of Papusza's life not in a specific order but often showing facts backwards etc.
After the end of the war in Poland Communist authorities enforce laws to make Gipsys settle, tryting to ensure them work and job and try to "program" and make part of communist society gipsy kids by using Kindergarden. Romani's a are shown to have problems with authorities and their desperate discontent to go against the country program for settlement of Gipsys, they cannot any more hire the randomly old houses to survive the winter and while unable to survive the harsh Polish winter, they finally settle in attempt to become part of society. 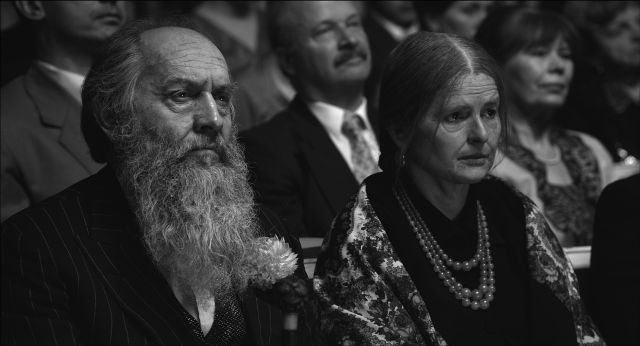 However in the newly built communistic society, they fail to fit well as always considered a second class people, they mourn for their old nomadic vagrant way of people and they fail to integrate to society (pretty much like today). Papusza's spent rest of her life in misery being rejected by both her native Gipsy community for betraying some of gipsys secrets and same time unaccepted by Polish people that continue to consider gipsys inferior.

This entry was posted on Tuesday, November 4th, 2014 at 10:02 pm and is filed under Entertainment, Everyday Life, Movie Reviews, Various. You can follow any responses to this entry through the RSS 2.0 feed. You can leave a response, or trackback from your own site.