How a Ponzi Scheme works – Ponzi the most famous fraudulent network 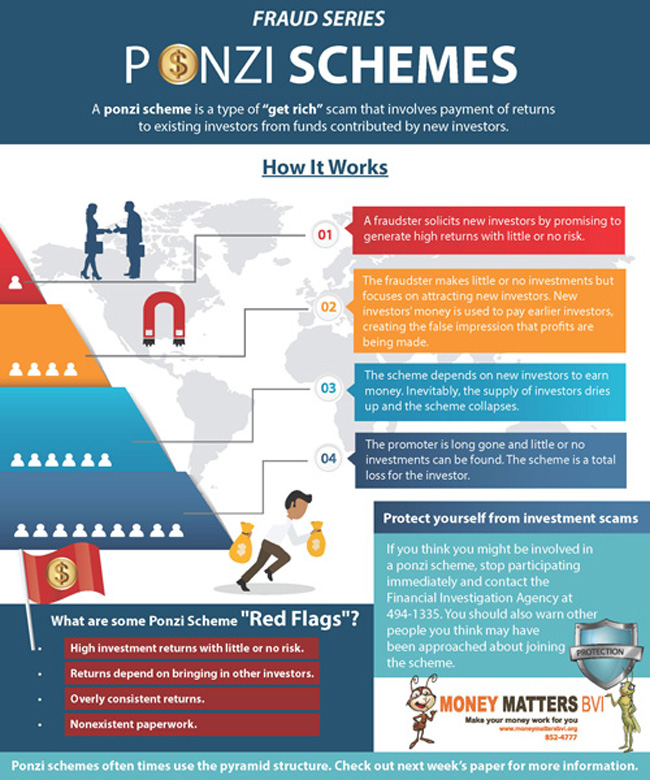 Those who are living in ex-communist countries who have been through the so called "Perestroika" – Pre-structuring of economy and in the so called privatization process which is selling factories, land and whateve in a country to a private sector business investors have already experienced the so called "Pyramidal" structure businesses which at the end collapse and left after itself a tens of thousands of cheated "investors" without their capital money. In my homeland Bulgaria, during this pre-structuring which in practice was "destructioning" there was thousands of companies for a very long period of time who somehow used this pyramidal structures to steal people investments which already melted in times because of the severe inflation that invaded the country. Near my city in Dobrich. There was a company called Yugoagent started by a "serbian Pharaoh – a charlatan CEO" whose company was promising extraordinary profit interest for people who invested money in Yugoagent as well as big reduction of prices of all investors to purchase "white technigue" home equipment from Yugoagent stores. What happened was maybe between 10 000 to 30 000 of people because "investors" to Yugoagent led only by the blind faith and personal desire to earn. The interest offered by Yugoagent was more than 10% to money put in, I believe he was offering 30% of interest or so and people easily get into the trap of his pre-determined to collapse company. What happened after was Mirolub Gaich's company survived for few years while some of the "investors" ripped benefits, where the multitude just lost their money because of epochal bankruptcy of YUGOAGENT.… I know even some of my relatives has been fooled into the obvious fraudulent business, because our society in Bulgaria lived in communism and was not prepared to face the sad reality of money only centered economy – the so loudly proclaimed as "just" democracy.

Today there are plenty of companies around the world still opened and operated under the same fraudulent model leaving after their bankruptcy their makers with millions in banks smartly stolen and claimed as company losses right before the collosal company collapse. A friend of mine Zlati, took the time to invest some time to research more into how this fraudulent Scheme works and found some references to wikipedia which explains the Scheme in details. Thus I also red a bit and thought my dear readers might be interested to know also how the scheme works. I believe it is a must for anyone who has the intention to be in business. It is good to know to escape the trap, cause even in Pro and High profit businesses there are companies operating under the same hood. Today there are plenty of online based companies today who are somehow involved into Offshore business or even do some kind of money laundry frauds, while offering beneficial investments in a booming companies. It is useful for even ordinary people to get to know the fraudulent scheme to escape from it. With the worsening crisis, the fraudulent activities and companies that does some kind of fraud to make profit increased dramatically and thus the old but well known fraudulent model is blooming.

For those lazy to read in Wikipedia, here is extract from it explaining the Ponzi fraudulent Scheme in short

A Ponzi scheme is a fraudulent investment operation that pays returns to its investors from their own money or the money paid by subsequent investors, rather than from profit earned by the individual or organization running the operation.
The Ponzi scheme usually entices new investors by offering higher returns than other investments, in the form of short-term returns that are either abnormally high or unusually consistent. Perpetuation of the high returns requires an ever-increasing flow of money from new investors to keep the scheme going The system is destined to collapse because the earnings, if any, are less than the payments to investors. Usually, the scheme is interrupted by legal authorities before it collapses because a Ponzi scheme is suspected or because the promoter is selling unregistered securities. As more investors become involved, the likelihood of the scheme coming to the attention of authorities increases. The scheme is named after Charles Ponzi, who became notorious for using the technique in 1920.
Ponzi did not invent the scheme (for example, Charles Dickens' 1844 novel Martin Chuzzlewit and 1857 novel Little Dorrit each described such a scheme),[ but his operation took in so much money that it was the first to become known throughout the United States. Ponzi's original scheme was based on the arbitrage of international reply coupons for postage stamps; however, he soon diverted investors' money to make payments to earlier investors and himself.

This entry was posted on Monday, March 4th, 2013 at 1:50 pm and is filed under Curious Facts, Economy, Freedom Endangered, Various. You can follow any responses to this entry through the RSS 2.0 feed. You can leave a response, or trackback from your own site.