I consider / think for the will of the same mind and the equality of wisdom of these fourty martyrs and in amazement, I resort to Christ,  by whom clearly comes every good giving and every gift, as the Many-Blessed Paul said and blessed: “Thou are Christ – a God’s power and wisdom.” And with that power, were filled the many-blessed fourty warriors, martyrs for Christ.

They shone in the world like the brightest stars and illuminated the whole universe with the rays of the knowledge of God, having among them the spiritual sun – Christ. Illuminated by its light and adorned with great beauty, they blossomed with special faith like fragrant lilies, abundantly watered with the dew of the Holy Spirit. Decorating themselves with good deeds, they became beloved of their Lord, because in purity and love they surpassed each other. They shone like lamps with spiritual radiance: some with fasting and abstinence, others with good faith and hospitality; some with kneeling prayer and sincerity, and others with humility and meekness; some with vigilance and sincere love, and others with love and mercy for the poor. Indeed, the power of the Holy Spirit was with them, urging them to every good deed and by faith protecting them from every calamity.

And so, they were as homogeneous in appearance and beauty. Weaved through faith and love like a golden necklace, they were connected to each other by unanimity. Leaving the vain way of life, they zealously wished to stand before the unspoken glory of God through good deeds and sincere love. They urged each other to hurry to the holy path of feat. Instead of armor, they put on the faith, and instead of a shield, they armed themselves with The Cross and appeared in battle like Lightning – Riding against thousands and tens of thousands and were glorified with Victory. They fought a double war – with Visible and Invisible enemies. 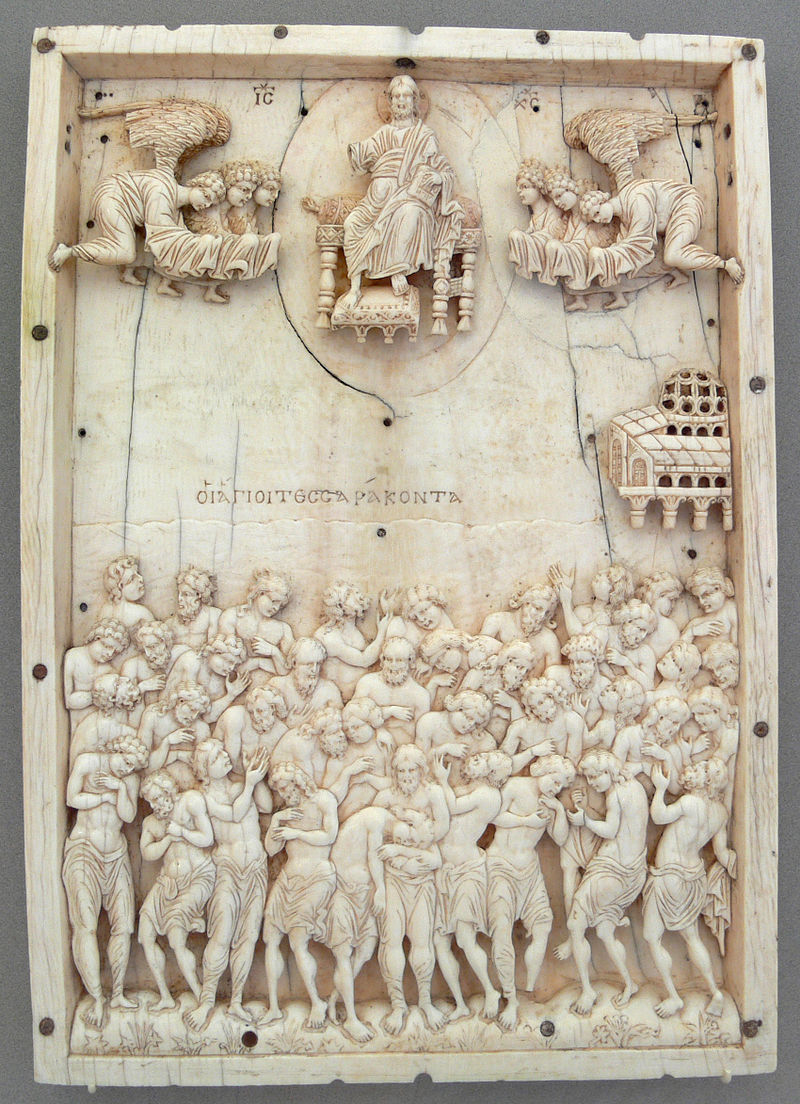 The devil, who could not see their beauty and faith, as well as their pure life, fought against them by entering the malevolent court of Licinius, who was autocratic at the time. He raised persecution against Christians. Wanting to deceitfully capture the faithful martyrs, Licinius forced everyone to worship idols. But the ancient prophet proclaimed and said: “Lord will not leave the rod of the wicked on the lot of the righteous, so that the righteous do not stretch out their hands to iniquity. Lord, do good to the good and to the righteous at heart! ” With this light they illuminated themselves, striving brilliantly and wonderfully in martyrdom, despising the ordinary pleasure of joy. Cheering each other on, they said to each other, “Brethren, let us not be afraid of this short-lived torment, which passes quickly like a shadow, but brings us into the eternal dwellings. Therefore, brothers, stand firmly armed against the adversery-enemy, so that we may be adorned with victorious crowns of Christ God!
Because for the sake of earthly life and for the sake of the mortal king we did not spare ourselves in battles, but, having fallen into many troubles, protected by the power of God, we emerged victorious, then – if we try to follow him, taking upon ourselves his voluntary sufferings, we hope that he will be with us, as he promised: “When you are taken to assemblies, to authorities, to prisons, to kings and princes, and to tormentors for my name's sake, do not worry about what to say or what to answer, for I will give you words and wisdom that all your adversaries will not be able to resist or contradict. And do not be afraid of those who kill the body and can do no harm to the soul; but be afraid of him; who, after the murder, has the power to throw into hell. "

With these words, they learned and supported each other, and powerfully trampled on the devil's cunning. They gladly endured all kinds of sorrows, saying to themselves the apostolic word: "God is not unjust, brethren, to forget your labor."

When they stood at night, in the cold, in the middle of the swamp, near the town of Sebastia, here is one of them, turning away, ran to the bathroom (built near the plateau) and, touching the heat, it melted like ice and died. And suddenly an unspeakable light shone from the sky on them, and the cold turned from it into warmth. And forty crowns descended from heaven upon their heads. Only one wreath remained, with nowhere to stop.The guardian, seeing this miracle, took off his clothes, jumped to the martyrs and cried out in a loud voice: “I believe in the Son of God Jesus Christ, in whom even these holy martyrs believe; may He honor me with the same glory, so that I may complete with them a martyr's deed! ” And immediately the crown of unspeakable glory descended on his head and stood. This is God's mercy, as the Lord Himself said, "The last shall be first, and the first last." The church nourished them with spiritual food, crowned them with the brightest wreaths; he made them companions of the angels and showed them to the whole universe as bright lamps. With their miracles they shine more than the sun. The prophet announced about them in antiquity, saying: “You have tested us, O God, you have melted us as silver is melted; put men over our heads. We went through fire and water and you set us free. " As they desired this eternal peace, they left behind the beauty of life, houses, wealth, fathers, mothers, sisters and brothers, wife, children, and even despised their lives, according to the Lord's command. That is why the Lord has miraculously shown all His favor to them. Indeed, they were vessels of good use, chosen for the service of the only ruler and our savior, Jesus Christ. Nothing could separate Christ's love from them: no fire, no water, no other suffering.

That is why today we celebrate their memory with respect and, giving them the due praise, we say: "Rejoice, all-honorable and wonderful company of the most glorious army!"

They became like the disembodied forces and surpassed them; for they, being disembodied, stand in their place and enjoy the unspeakable beauty. And the martyrs, having swum the earthly ravaged sea , illuminated the whole world with their blood. With spiritual wings, they flew up and stood before the unspeakable glory of God. They abundantly heal the sick, cast out demons, alleviate suffering, enlighten churches, keep the peace, guide people to good deeds, cast out demons and quickly destroy their cunning, enrich the poor in two ways – mentally and physically – destroy heresies. Shining with the brightest dawns, they became great advocates – martyrs for the faith. 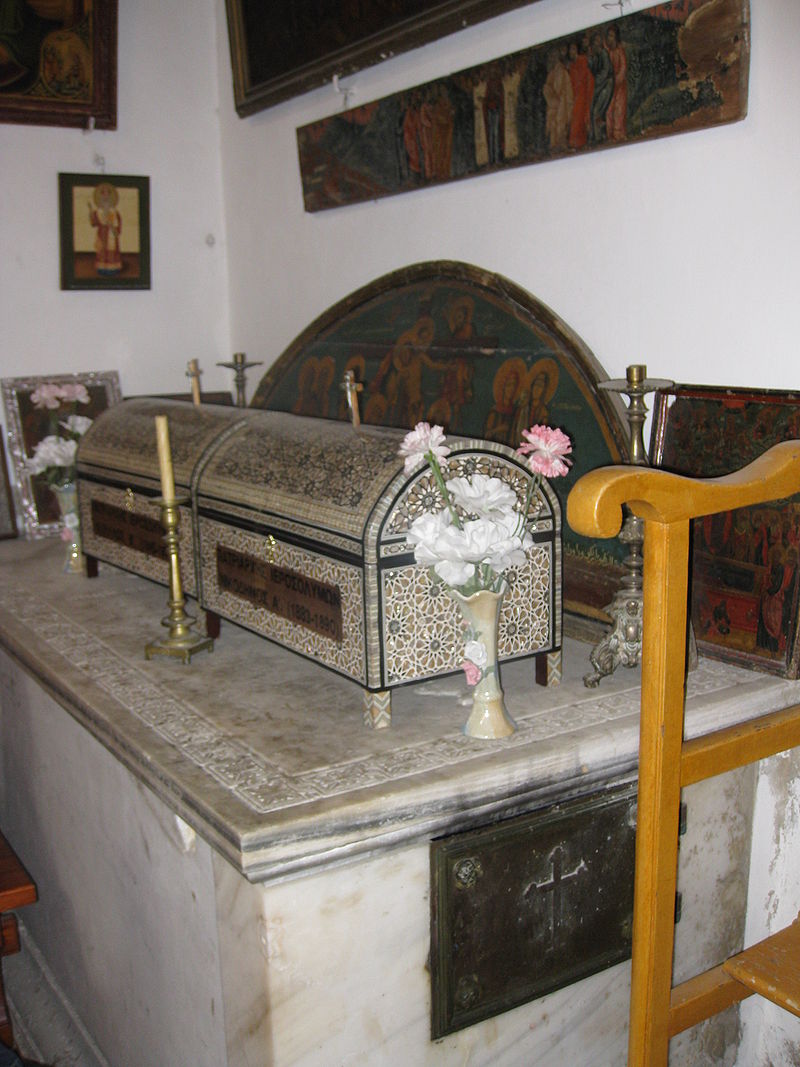 
So what mouth or which tongue will be able to praise these heavenly lamps, which appeared brighter than the sun? With their pure relics, they illuminated the whole world like stars. They warmed the day's frost, ignited by the Holy Spirit. And fiery flames extinguished them, as once the godly youths in Babylon. With their golden bones they illuminated the streams of the river, adorned all the churches with their fragrant relics, delighted the world with their unspeakable miracles, banished deception, and planted the truth, stepped on the devil, rejoiced Christ! That is why the right hand of the Almighty adorned them with bright wreaths and illuminated them with the rays of the unspeakable light, honored them wonderfully and with the honor to stand before God, clothed them with God-woven clothes, filled them with the power of the Holy Spirit and made them equal to disembodied forces. . That is why God is wonderful among his saints, always glorifying those who glorify him, and miraculously honoring them with unspeakable miracles. I want to tell one of their many miracles, namely how children listen to their noble mother. 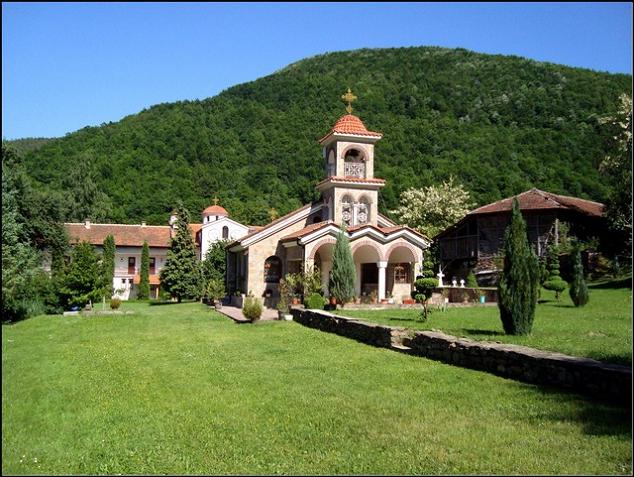 When these blessed martyrs surrendered their holy souls into the hands of the Lord, one of them was still breathing. His mother, seeing that he was left alive, rejected the female weakness, took male audacity, took his beloved son on his shoulders and, following him (after the car loaded with the bodies of the martyrs), said to him: "Do your best, Sufferer for Christ, be courageous and strengthen your heart, and may my soul rejoice for you! Do not fall away, as Judas once fell away from the apostles, nor as one of you has now fallen away, but give God all your hope and your spirit, and he will support you; for, behold, Christ is standing before you, brother, to receive your soul and await your arrival. ” As she spoke this, her son, carried by her, surrendered his soul into the hands of the Lord. She took it, placed it with the saints, and said, "Rest, child, with your holy company, and remember me with them in your holy prayers, so that I may accomplish your martyrdom." Then she returned with joy, praising God. Have you heard, brethren, of the love and boldness of the Christ-loving mother? How she feared neither the king, nor the tormentor, nor the sword, nor the fire, but only the life-giver of God. 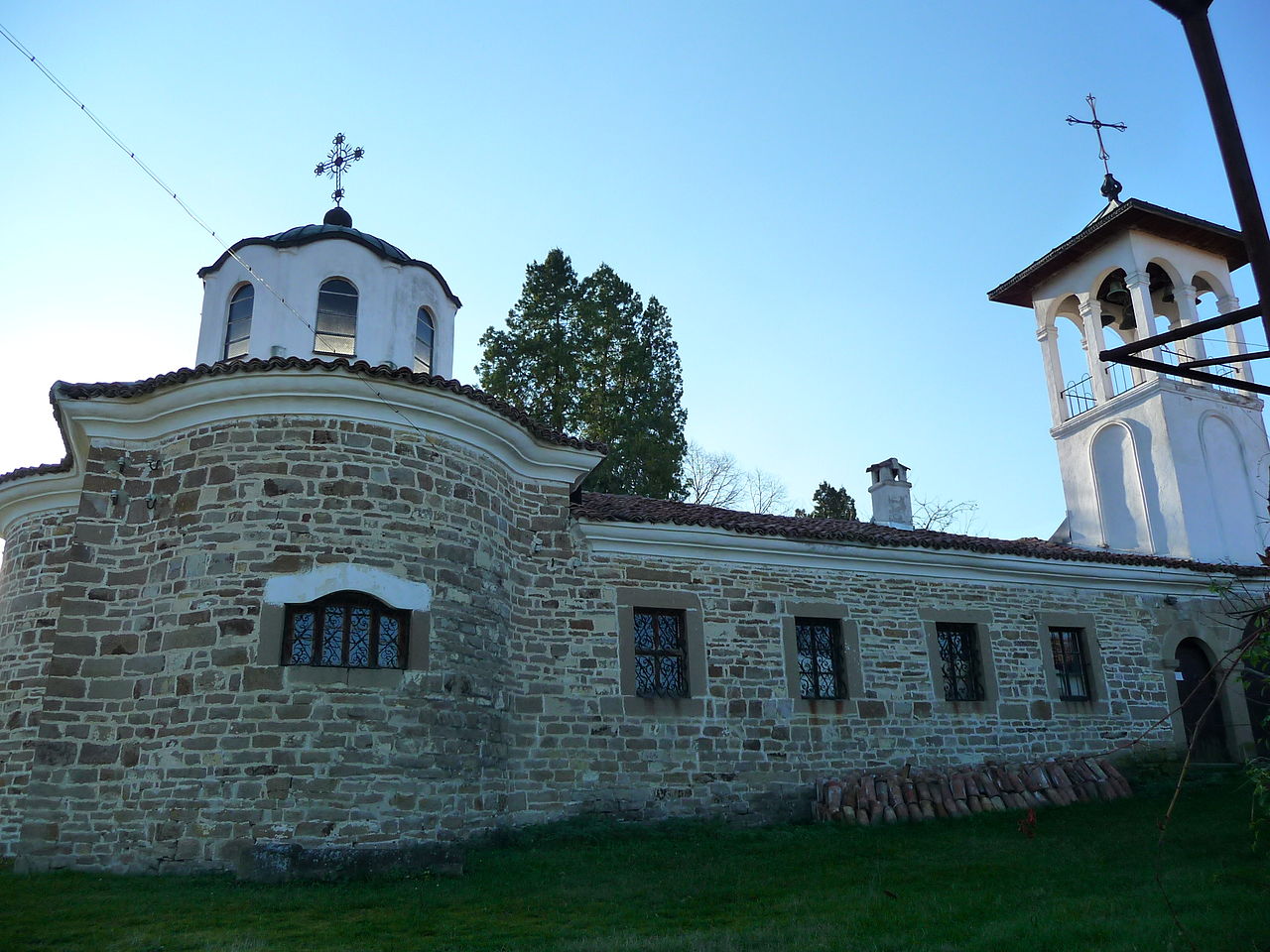 Church of 40 Holy Martyrs in Merdanya Monastery near Lyskovec Veliko Tarnovo, Bulgaria (The monastery in thankfulness to the martyrs for helping the Bulgarian King Ivan Asen II in the Famous Medieval battle of Klokotnitsa which occured on 9th of March year 1230 near the Village of Klokotnitsa – As a result, Bulgaria emerged once again for short time as the most powerful state in South-Eastern Europe)

Therefore, if we reject from ourselves any fear of men, let us make room in ourselves for the fear of God. May he enlighten our souls and hearts! May we always abide in fasting, in purity and sincere love, in meekness and obedience, abstaining from all evil. Let us adorn ourselves with good deeds, like these most holy martyrs, glorifying the Most Holy Trinity, one in three persons – the Father, and the Son, and the Holy Spirit – now and always, and forever. Amen!

Text originally existing in Church Slavonic and translated to Bulgarian language by Archimandrite Dr. Atanasii Bonchev (who was also the Author of the Book the Living of the Saints used in the Bulgarian Orthodox Church even today)

The Menaion (one of Liturgy service books) of the Eastern Orthodox Church lists the names of the Forty Martyrs as follows:


A curious fact is in the Eastern Orthodox Church, there is a prayer mentioning the Forty Holy Martyrs of Sebaste is also placed in the Orthodox Wedding Service (referred to as a "crowning") to remind the bride and groom that spiritual crowns await them in Heaven also if they remain as faithful to Christ as these saints of long ago.

Hearing on the enormousness of Saintship of the Holy Fourty Martyrs and their endurance.
Let us ask them for their holy prayers for more peace, love, faith and hope and endurance and patience on the hard trials each one of us face constantly!

Holy 40 Martyrs of Sebastia Pray the Lord Jesus Christ so we find mercy in God!

This entry was posted on Wednesday, March 9th, 2022 at 4:08 pm and is filed under Christianity. You can follow any responses to this entry through the RSS 2.0 feed. You can leave a response, or trackback from your own site.