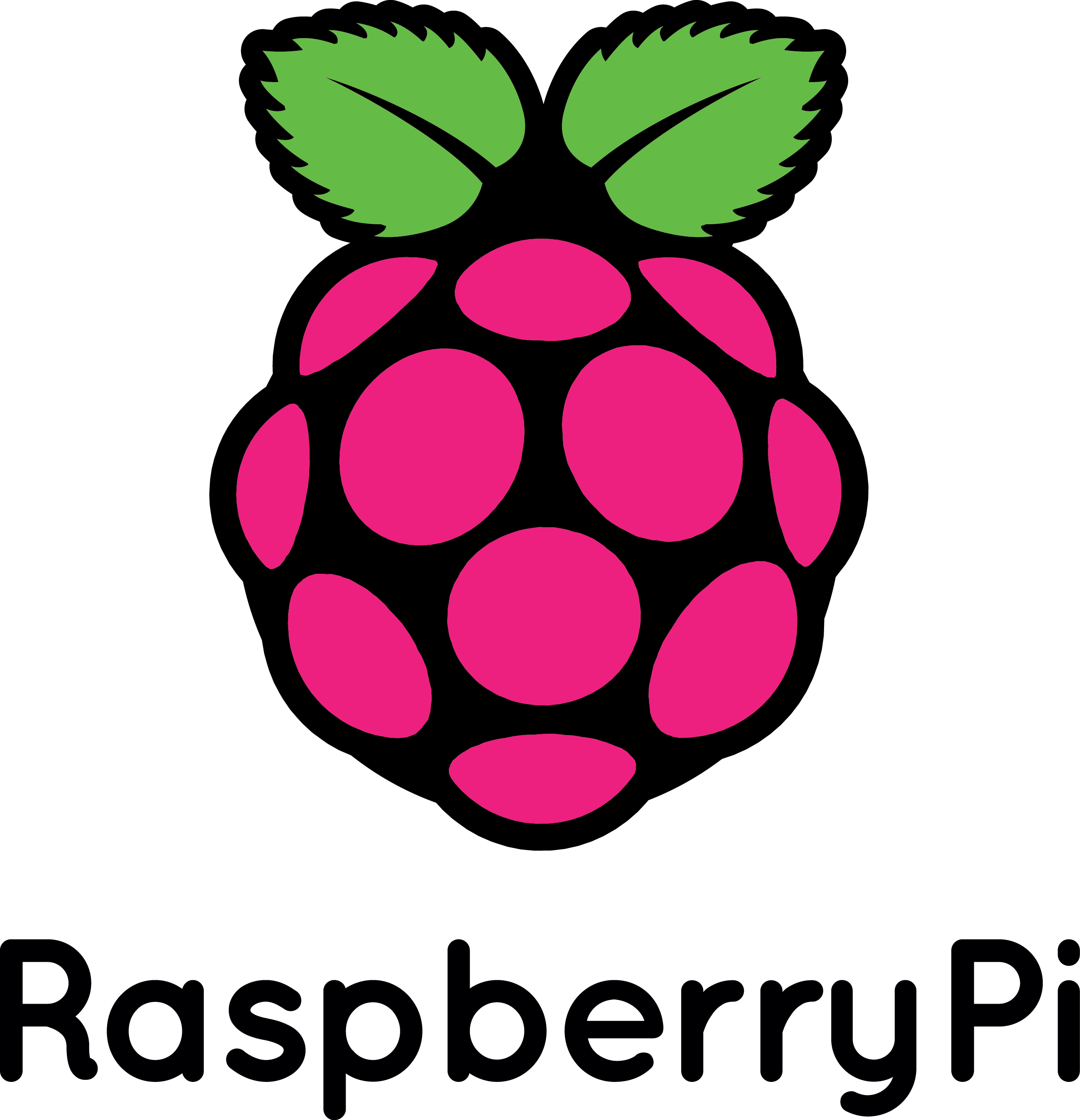 Not of a the latest thing out there but I believe a must know for every geek is existence of Raspberry Pi mini computer Linux board. It is a geek credit-card sized mini PC on extremely cheap price between 25$ and 35$ bucks (e.g. Raspberry Pi model A and Raspberry Pi Model B).

Raspberry Pi hardware you get for this ultra low price is as follows: 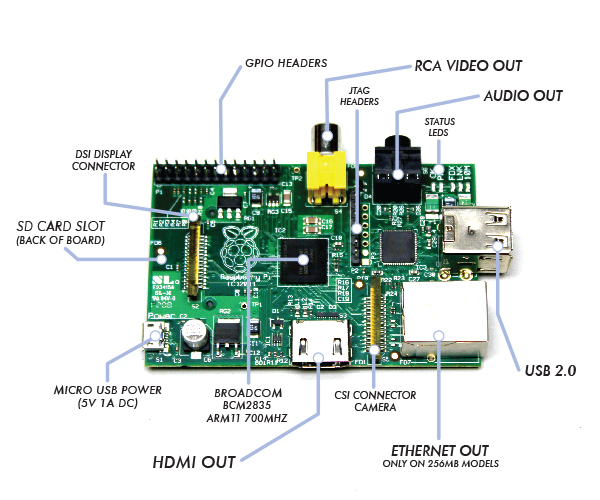 The idea of whole device is to make cheap affordable device for pupils and people from third countries who can't afford to pay big money for a full-featured computer. Achievement is unique all you need to Raspberry Pi credit card sized device is external keyboard a mouse, SD-card and a monitor, this makes a 700Mhz featured almost fully functional computer for less than lets say 80$ whether used with a second hand monitor / mouse and kbd :). A fully functional computer or full functional thin client for as less as 80$ yes that's what RaspberryPi is!

It is recommendable that SD-Card storage on which it is installed is at least 4GB as this is part of its minimum requirement, however it is best if you can get an SD-Card of 32GBytes whether you plan to use its whole graphic functionalities.

Raspberry Pi Hardware is not too powerful to run a version of Windows as well as there is no free version of MS-Windows for ARM Processor, so basicly device is planned to run free software OSes GNU / Linux. 5 operating systems are working fine with the mini-board device as time of writting;

Recommended and probably best distro port is for Debian Squeeze

To boot an OS into raspberry PI dowbnload respective image from raspberrypi.org

– Or from Linux format SD-Card with gparted (N!B! format disk to be in FAT32 filesystem), extrat files and copy them to SD-CARD.

Once Raspberry Pi loads up it will drop you into Linux console, so further configuration will have to be done manually with invoking plenty of apt-get commands (which I will not talk about here as there are plenty of manuals already) – you will have to manually install your Desktop … Default shipped Web browser in Debian is Midori and due to lack of ported version of flash player for ARM streaming video websites like youtube.com / vimeo.com does not work in browser. There is a Google Chrome for Raspberry Pi port but just like with Midori heavy object loaded websites works very slow and thus not very suitable for multimedia. 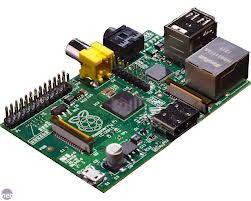 Raspberry Pi device is very suitable for ThinClient use there is a special separate project – Raspberry ThinClient Project – using which a hobbyist can save 400$ for buying proprietary ThinClient. 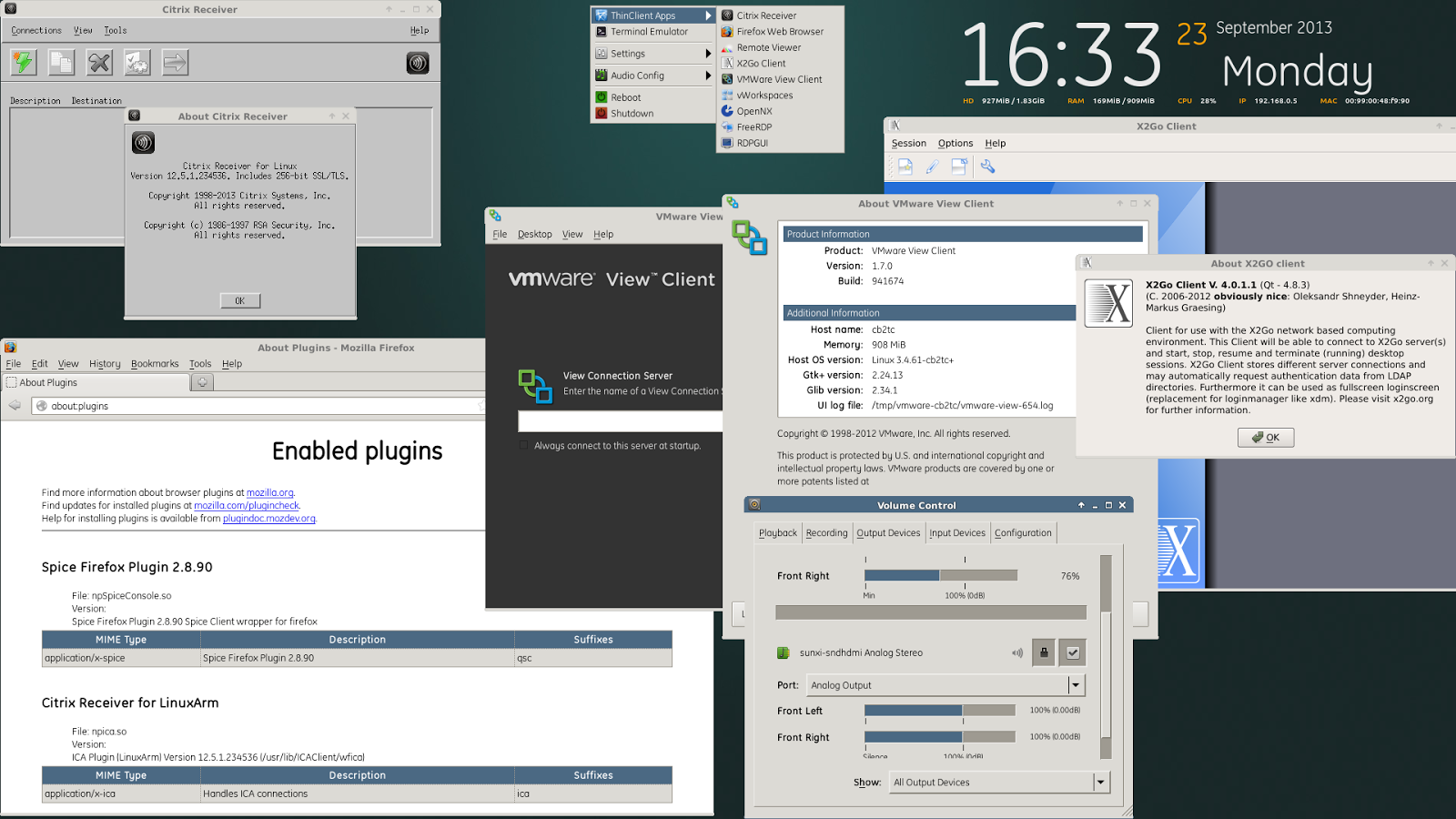 This entry was posted on Thursday, November 7th, 2013 at 3:42 pm and is filed under Curious Facts, Everyday Life, Linux, Various. You can follow any responses to this entry through the RSS 2.0 feed. You can leave a response, or trackback from your own site.