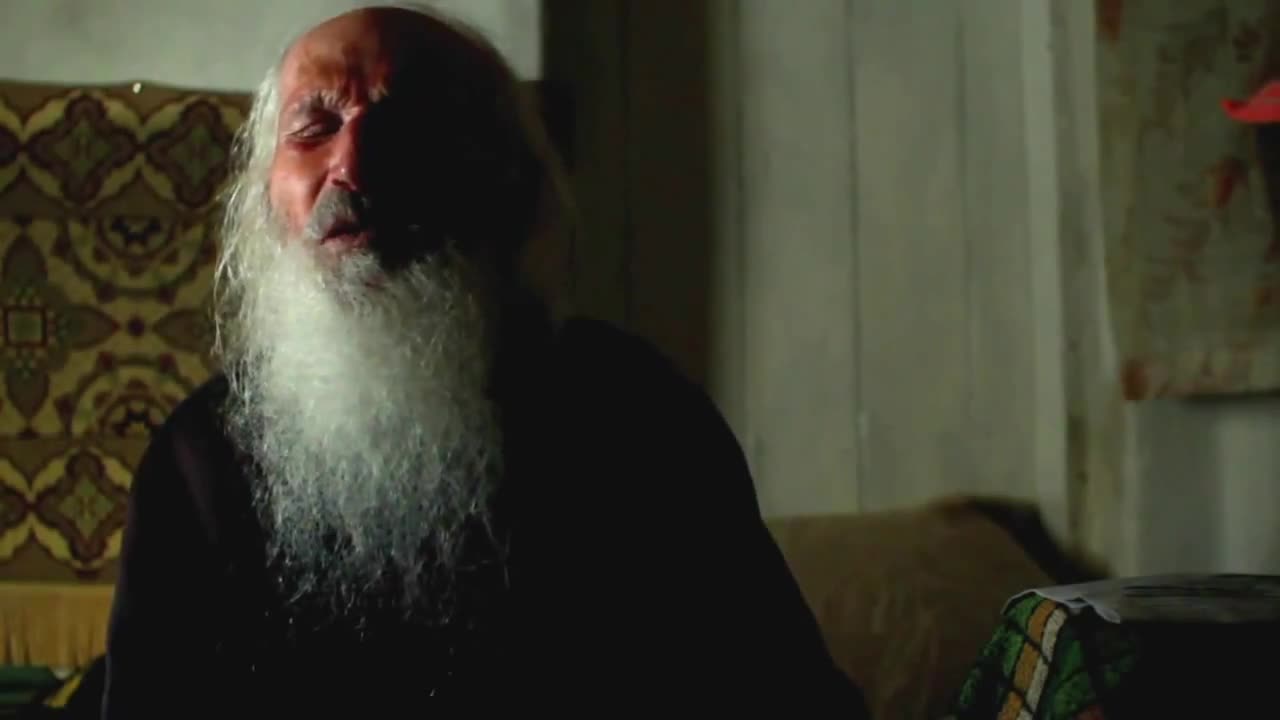 This year on 6th of May – saint George's day Church feast and army celebration in Bulgaria I had the blessing to be in a small village with 868 citizens – Jiglarci (Jeglarci).
Jeglarci is situated about 40 km from Dobrich. Father Georgi from Jiglarci is a well known priest in Dobrich region. He is spiritual father of many priests, monks and nuns here in Bulgaria. This is the 3rd time I'm visiting Jiglarci one time I was on Great and Holy Friday – the day on which the Lord Jesus Christ was crucified and one time I was a few months ago with some brothers and sisters from Holy Trinity Church in Dobrich. This time I had the blessing to go fr. Georgi with my wife Svetlana with Russian family from moscow Mihail and Mariana, and Denica (a sister from Church in Dobrich). 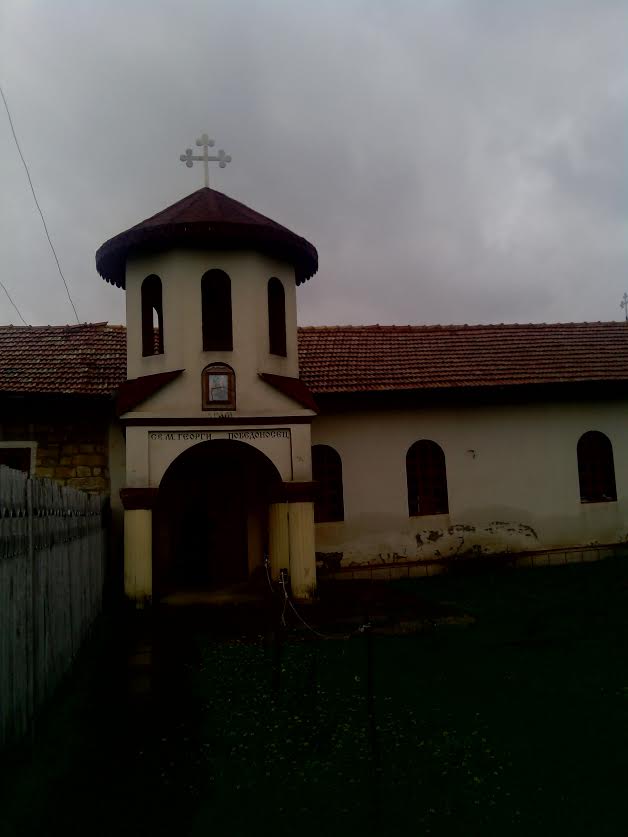 Each time I visit father Georgi I have the blessing to see and hear a living proof of God's existence. Father's Georgi from Jeglarci is famous all around Bulgaria for being one of the spiritual elders of Bulgaria. He is now 91 years old but even though his age  continues his service for God (serves Holy Liturgy every day during great Lent!), continue to preach and accept dozens of people almost daily looking for spiritual advice, spiritual help, confession, or questions on how to deal with life hardship situations.
Father Georgi is known in the world under the secular name Georgi Stoyanov Peev his life is full of miracles, interesting events and wondrous facts. In communism times of atheism and Orthodox Christian faith persecutions, father Georgi was one of the many priests who underwent tortures and persecutions for his faith in Christ. Because of his firm faith of zealous priest, the Lord endowed the fr. with great spiritual gifts. In short I will mention some facts about fr. Georgi From Jeglarci life as the father is an example of a living saint, very much like another Bulgarian Church Elder (Dijado) Dobri from Baylovo.

Father Georgi has been nurtured with Christian virtues since his childhood – his aunt (sister of his father) was a nun. By his own words, "Since a child, the joy of my life was in faith". Since his youth years his faith was strong and because of that God has helped him in numerous times. Fr. Georgi had 6 children 3 sons and 3 daughters. All of his sons choose the way of priesthood and are now priests in the Bulgarian Orthodox Church. His nephew fr. Stoyan is also a priest in Holy Trinity Orthodox Church in Dobrich. The father become priest while being 43 years old, by studying in seminary after feeing the call of God and need for firm believers and mass disbelieve in atheistic communist times. In seminary father Georgi studied together with his son. To be able to support himself and his family financially, he worked all kind of hard labour  (sand mining near his village). His all life was labor and prayer in all his free time during studing he learned the church services, readhing the living of saints and holy bible.

Thanks to the house whom he turned into a small chapel almost 20 people become priests later in Bulgarian Orthodox Church. In his priesthood fr. Georgi was among the minority which opposed the ungodly communistic regime, he rejected to comply with communist desires to close the Church in Jeglarci and as a responce to their closure opened as a Church his own house. He was questioned and asked for reports being increminated from local Communist authorities, threatened with death and called in police stations many times because of his refusal to stop his service in Church and preaching the Gospel.

Here is a story of fr. Georgi's youth:

"Our Lord as a Good Father, not only listens our prayers but also reads in the hearts. In 1953 my brother Atanas was a soldier. We received a letter, that soldiers will be dismissed in January next year, this was a very long time. It was st. Dimiter's feast and I wanted my brother to be home for Christmas. At night I prayed the Lord, simple and by all my heart: "Lord for you nothing is hard or impossible. I beg you – in one way or another make it possible, that my brother Atanas to come home earlier.

I had a strong faith in God. My faith in God was so strong that I was feeling like being able to fly. In 3 days later only, when I saw my brother Atanas on the front door, my legs started shaking and I sat down, started crying and in my thoughts started giving thanks to the Lord, "Lord, Lord I'm a big sinner and what you've done for me the sinner …
In a short while, my brother told me how in a human way everything ordered in a way that he was able to come home, 3 days after my prayer. When I received the letter on St. Dimiter's day I've prayed, the prayer was heard and God moved. The human mind is a spiritual substance connected with God. God orders things and we in a human way receive them. On the next day after st. Dimiter's feast the coy was gathered and the commander said, "Atanas Stoyanov Peichev, make 5 steps forward and start Marching!". Together with another man commander sent them in hospital, where a doctor had to inspect their health. The two soldiers took their luggate, foreseeing that they might be kept in hospital. The health check prooved they're healthy. There were 4 months until service completion but in hospital the doctor told them – "Come on go home. Your service is over". – Do you see how in a human way the things ordered. Disbelievers would say it was a coincidence but believers knows the Lord hears our prayers, when they're prayed by our whole being and with pure heart." 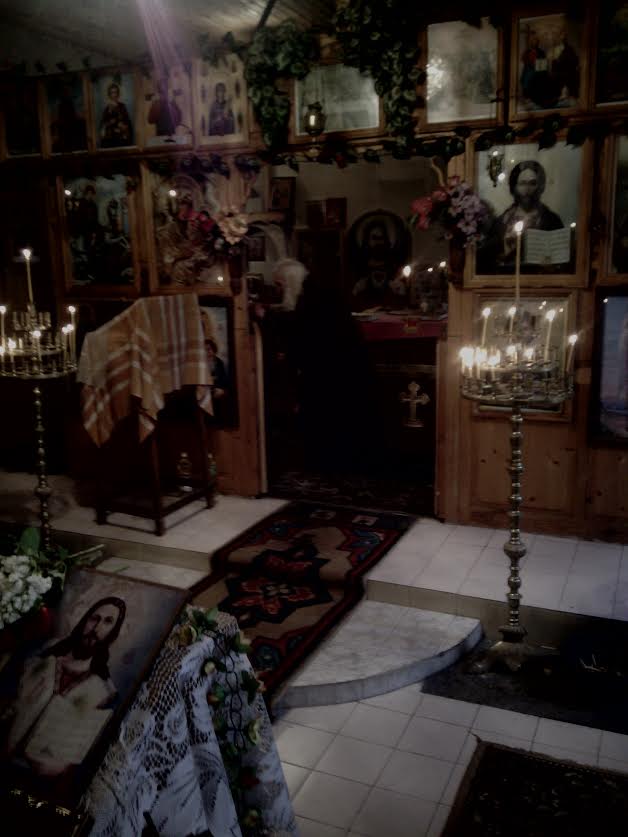 Another of his stories is connected with fasting:

"The fasting of the body is a big power. It does clean up the body and draws us near God. The fasting gives a big power. I was hindered in many ways, disbelieving authorities in the village has done me many attempts to do me evil but the Lord has saved me. Didn't allowed them nothing bad to happen to me. He grant me powers, spirit to speak the truth and to not resign from righteousness. But I leave fasting …

Fasting and Prayer are lights leading to God. I was warned 3 times by our Lord about fasting significance. When we were living in North Dobrudja, following thing happened to me: " I was 15 years old. Near our village Karamankyoij a river rich of fish was flowing. One day my bigger brother cought a lot of fish from the white one. My father and all of us was tempted, we wanted eating and it was during the Great Lent. My father said, "Okay prepare the fish and let us eat, God will forgive us?" Notice he said that in faith! apostol Paul writes, 'who eat eats for the Lord and who doesn't eat- also doesn't eat for the Lord'". We have done so as well, we were big family 7-8 children,  grandma, grandpa, my father, mother. Some eat others doesn't. I was in the group of those who ate. We ate and we went to bed. A sudden pain in stomach came … hard to explain. Nothing helps, a thought came to my mind: "Lord forgive me, I will no longer eat fish during fasting". The pain immediately disappeared I immediately got well.

But unfortunately I was weak. On the other day my brother prepared fish again and invited me.

– Genyo, come lets eat.
– I suffered yesterday – I don't want.
– Don't worry your pains was from something else not from the fish, come eat I beg you.

I was tempted and ate. We played until night time and all was well with me. In night, I fall asleep, but suddenly the pain come again, 3 times more painful. I thought I am dying, I was all sweating. My mother and grandma tried to heal me but nothing helped. Then I turned with a prayer to the Lord: "Please Lord forgive me this time also." And out of a sudden I hear a noise like from many waters coming like from heaven. Something went through me and took away the pain. There was a flash in front of my eyes. Do you see how merciful is the Lord!"

Among the many spiritual gifts of fr. Georgi is the gift of "foreseeing" (thoughts and deeds, and future). Many people who visited him later narrated the father told them things which helped them improve their spiritual life. During my first visit of the father I had the possibility to raise few questions on my spiritual life, his answers was a proove for myself that the fr. has truly the gift of sagacity.
Father Georgi had many dreams during his life and many of his dreams were prophetic about future events to come. By his own words often God spoke to him in "dreams and visions". A very notable gift he has is the gift of humility and pure Godly love. He speaks in his stories about everyone including of many who tried to do him evil with profound love and forgiveness. 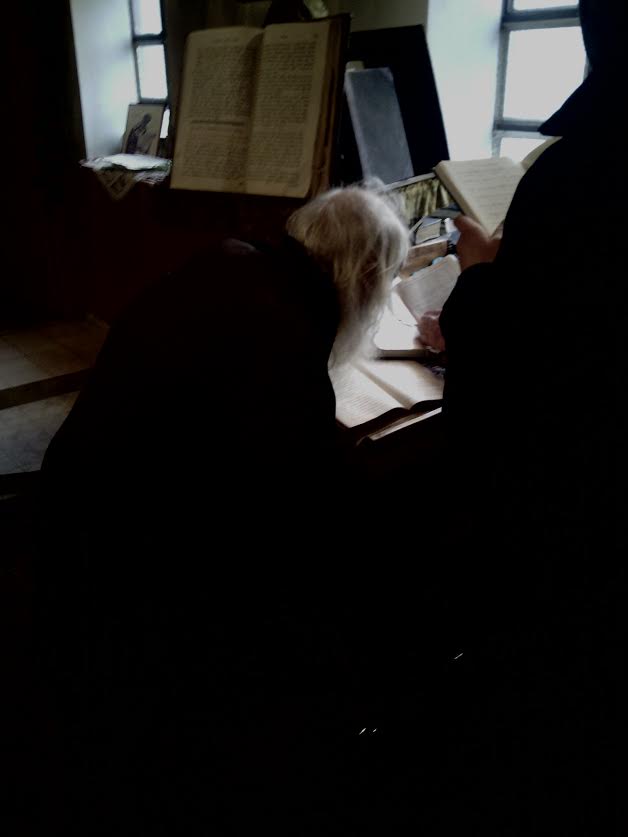 By prayers of father Georgi many miracles has happened, he openly speaks of this miracles, believing that through this the weak in faith are strengthened. The father says "Even if the whole earth is convincing me to deny what I saw and experienced with my spiritual eyes I will not forsake.

His humility is sincere, he says about himself: "I am just negligible mot and the miracle is not in human deed but in God's. God uses a lot simple people and through them creates miracle to edify "the smart", those which is of God is being remembered like it happened today.  Wondrous are God's deeds!" 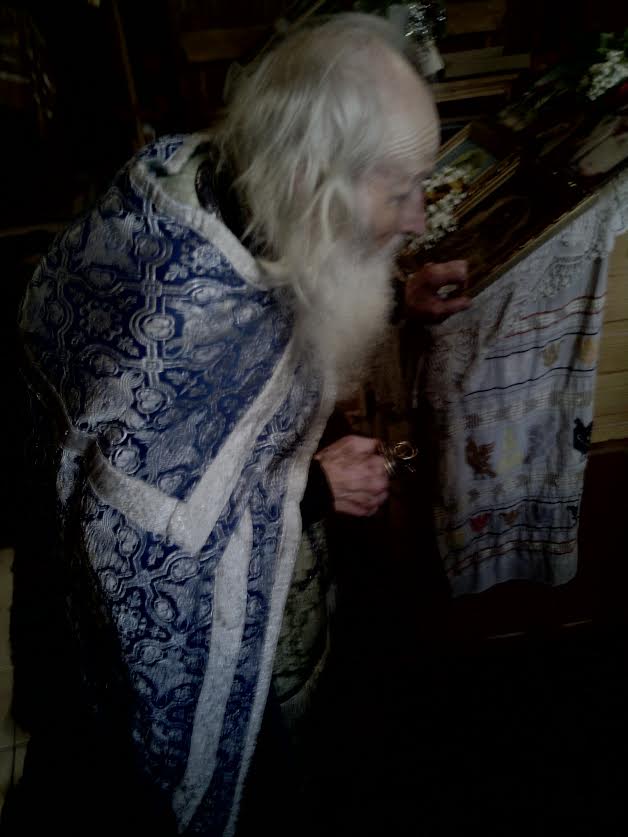 "The Spiritual deed is very hard. I have worked many kind of works, when you get tired you take a rest, and for the spirit there is no rest.
What to say, how to behave, how to determine the spiritual in you, to be vigilant for your food and for body pureness for pureness of your thoughts and your heart … And of course the Prayer! This is a hard labour. The devil is trying to hit us exactly there, because in all those is the direct relationship with God. Your thought is careless, you remember "important" things, you get tired to be concentrated … And it is most harder to collect your mind and feelings and enter the heart with pure infinite faith that the Lord is with you and he hears you and then pray from all your heart and soul … So is this all easy?! And there is no end and there is no station. But once you live like this there is delight and you can't live no longer in another way …"

This entry was posted on Friday, May 9th, 2014 at 4:58 pm and is filed under Christianity, Everyday Life. You can follow any responses to this entry through the RSS 2.0 feed. You can leave a response, or trackback from your own site.