Recently I had to use PuTTY which I haven't used for years to open a number of SSH Pernanent Tunnels necessery for my daily work as a SAP Consultant.

I've saved them under a certain new profile and saved the set SSH Tunnel configuration not in the default Session but in separate named one, therefore had to press Load button every time after clicking over my Putty shortcut icon.

That was annoying and took few seconds out of my life every next morning for about a week, so finally I found osme time to google it and it seemed it is pretty easy to have any Putty sessoin loaded you like. 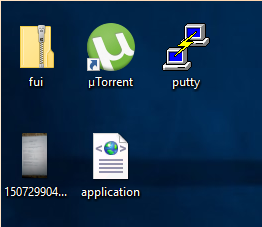 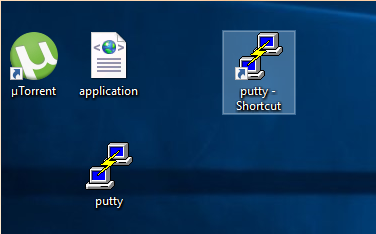 Click over Putty icon while holding CTRL + SHIFT (Control SHIFT keys simultaneously ) and move the mouse somewhere on the desktop to create the shortcut. 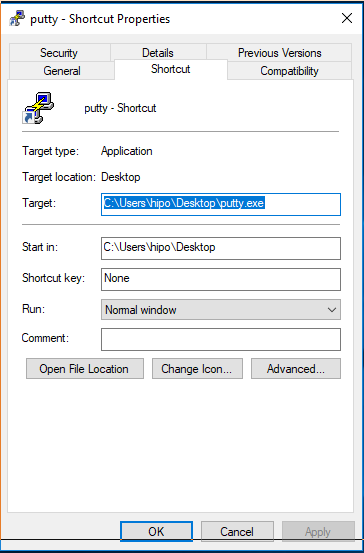 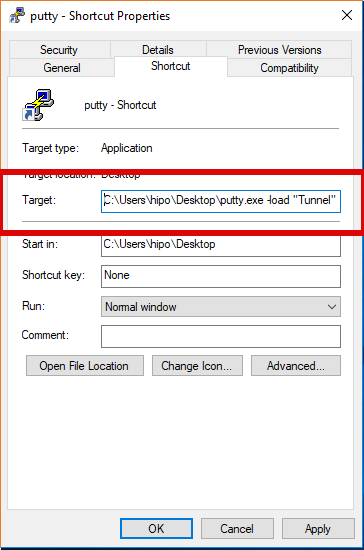 
fill out "target" field of shortcut using above code (alter to your own properties).
click Apply button.

If you need to pass a user and password from Shortcut itself (which is a bad practice for security but sometimes useful, for not so important Tunnels – for example a tunnel to an Open Proxy), do it by typing in the target field like so:

And Hooray !!! After that when you click on PuTTy shortcut it loads your session automatically using given username and password.

veryone knows, how M$ Windows updates the PC at stake. Besides that you know if updates are Disabled, the annoying picture showing a red like X under bottom left (Start menu panel) corner. Even if updates are Enabled often on the bottom part there is the yellow ! sign pushing the user to update:

Thanksfully there is work around. To remove notification use: 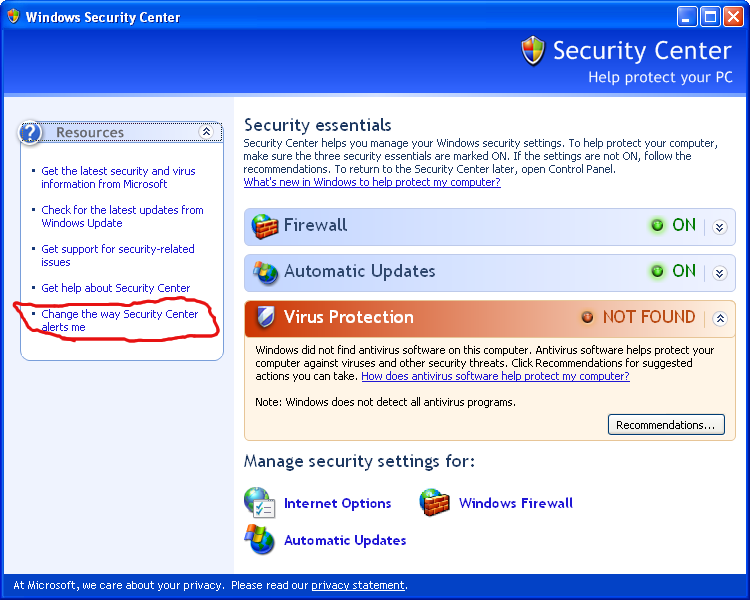 About a week and a half, everytime I do start my epiphany browser a really annoying prompt
occurs. Here is a screenshot of the gnome default keyring to unlock I was required to fill in,
everytime I started epiphany.

I know one possible solution was to completely eradicate gnome-keyring package, however
that is definitely not a wise idea.
To fix this mimor though annoying issue I did the following:

Since quite some time Iâ€™m experiencing this annoying behaviour on side of Thunderbird. Every time I receive a new mail which includes embedded html code with pictures, Thunderbird blocks them until I explicitly select the picture and allow it to display or either allow picture displaying for the whole domain for the future references. Today I decided at last to put an end to this boredom and look for a solution.
Here is the way I changed this terrible behaviour:
1. Go to Thunderbird â€œEdit -> Preferences -> Advanced -> General -> Config Editorâ€2. Look for the variables record mailnews.message_display.disable_remote_imageuse the mouse to select â€œtoggleâ€ value to switch the default value fromâ€trueâ€ to â€œfalseâ€.That should be it. ENDâ€”â€“