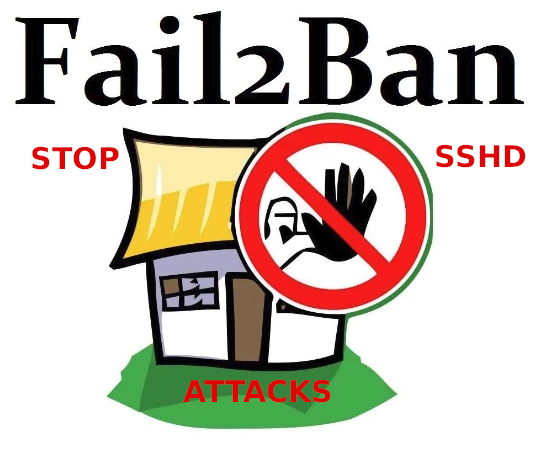 Most of webmasters today have some kind of SSH console remote access to the server and the OpenSSH Secure Shell service is usually not filtered for specific Networks but fully accessbible on the internet. This is especially true for home brew Linux Web servers as well as small to mid sized websites and blogs hosted on a cheap dedicated servers hosted in UK2 / Contabo RackSpace etc.

Brute force password guess attack tools such as Hydra and a distributed password dictionary files have been circulating quite for a while and if the attacker has enough time as well as a solid dictionary base, as well as some kind of relatively weak password you can expect that sooner or later some of the local UNIX accounts can be breaked and the script kiddie can get access to your server and make quickly a havoc, if he is lucky enough to be able to exploit some local vulnerability and get root access …

If you're a sysadmin that has to manage the Linux server and you do a routine log reading on the machine, you will soon get annoyed of the ever growing amount of different users, that are trying to login unsucessfully to the SSH (TCP port 22) service filling up the logs with junk and filling up disk space for nothing as well as consuming some CPU and Memory resources for nothing, you will need some easy  solution to make brute force attacks from an IP get filtered after few unsuccessful login attempts.

The common way to protect SSH would then be to ban an IP address from logging in if there are too many failed login attempts based on an automatic firewall inclusion of any IP that tried to unsuccessfully login lets say 5 or 10 reoccuring times.

In Linux there is a toll called “fail2ban” (F2B) used to limit brute force authentication attempts.

F2B works with minimal configuration and besides being capable of protecting the SSH service, it can be set to protect a lot of other Server applications like;

To get a better overview below is F2B package description:

linux:~# apt-cache show fail2ban|grep -i description-en -A 21
Description-en: ban hosts that cause multiple authentication errors
Fail2ban monitors log files (e.g. /var/log/auth.log,
/var/log/apache/access.log) and temporarily or persistently bans
failure-prone addresses by updating existing firewall rules.  Fail2ban
allows easy specification of different actions to be taken such as to ban
an IP using iptables or hostsdeny rules, or simply to send a notification
email.
.
By default, it comes with filter expressions for various services
(sshd, apache, qmail, proftpd, sasl etc.) but configuration can be
easily extended for monitoring any other text file.  All filters and
actions are given in the config files, thus fail2ban can be adopted
to be used with a variety of files and firewalls.  Following recommends
are listed:
.
– iptables/nftables — default installation uses iptables for banning.
nftables is also suported. You most probably need it
– whois — used by a number of *mail-whois* actions to send notification
emails with whois information about attacker hosts. Unless you will use
those you don't need whois
– python3-pyinotify — unless you monitor services logs via systemd, you
need pyinotify for efficient monitoring for log files changes

Using fail2ban is easy as there is a multitude of preexisting filters and actions (that gets triggered on a filter match) already written by different people usually found in /etc/fail2ban/filter.d an /etc/fail2ban/action.d.
as well as custom action / filter / jails is easy to do.
Fail2ban is available as a standard distro RPM / DEB package on most modern versions of Ubuntu (16.04 and later), Debian, Mint and CentOS 7, OpenSuSE, Fedora etc.


– On Deb based distros do the usual:

This config will ban for 1 day any IP that tries to access more than 10 unsuccesful times sshd daemon.
This works through IPTABLES indicated by config banaction = iptables-multiport config making fail2ban to automatically add a new iptables block rule valid for 1 day.

If SSH listens to a different port from 22 on the machine, you can specify the port number with port = <port_number> in this file.


Either use the /etc/init.d/fail2ban start script or systemd systemctl

If still wonder what is Fail2ban jail? Each configured jail tells fail2ban to look at system logs and take actions against attacks on a configured service, in our case OpenSSH service.


If more than number of failed ssh logins happen to occur (lets say 35 reoccuring ones in /var/log/auth.log (the debian failed ssh login file) or /var/log/secure (redhat distros failed ssh log file).
You will perhaps want to permanently block this IP for 3 days or so, here is how:

Add this to [sshlongterm] section to make it finally look like this:

6. Checking which intruders were blocked by fail2ban


Fail2ban creates a separate chain f2b-sshd to which it adds each blocked IP for the period of time preset in the config, to list it:


What we have seen here is how to make fail2ban protect Internet firewall unrestricted SSHD Service to filter out 1337 skript kiddie 'hackers' out of your machine. With a bit of tuning could not only break the occasional SSH Brute Force bot scanners that craw the new but could even mitigate massive big botnet initiated brute force attacks to servers.
Of course fail2ban is not a panacea and to make sure you won't get hacked one days better make sure to only allow access to SSH service only for a certain IP addresses or IP address ranges that are of your own PCs.