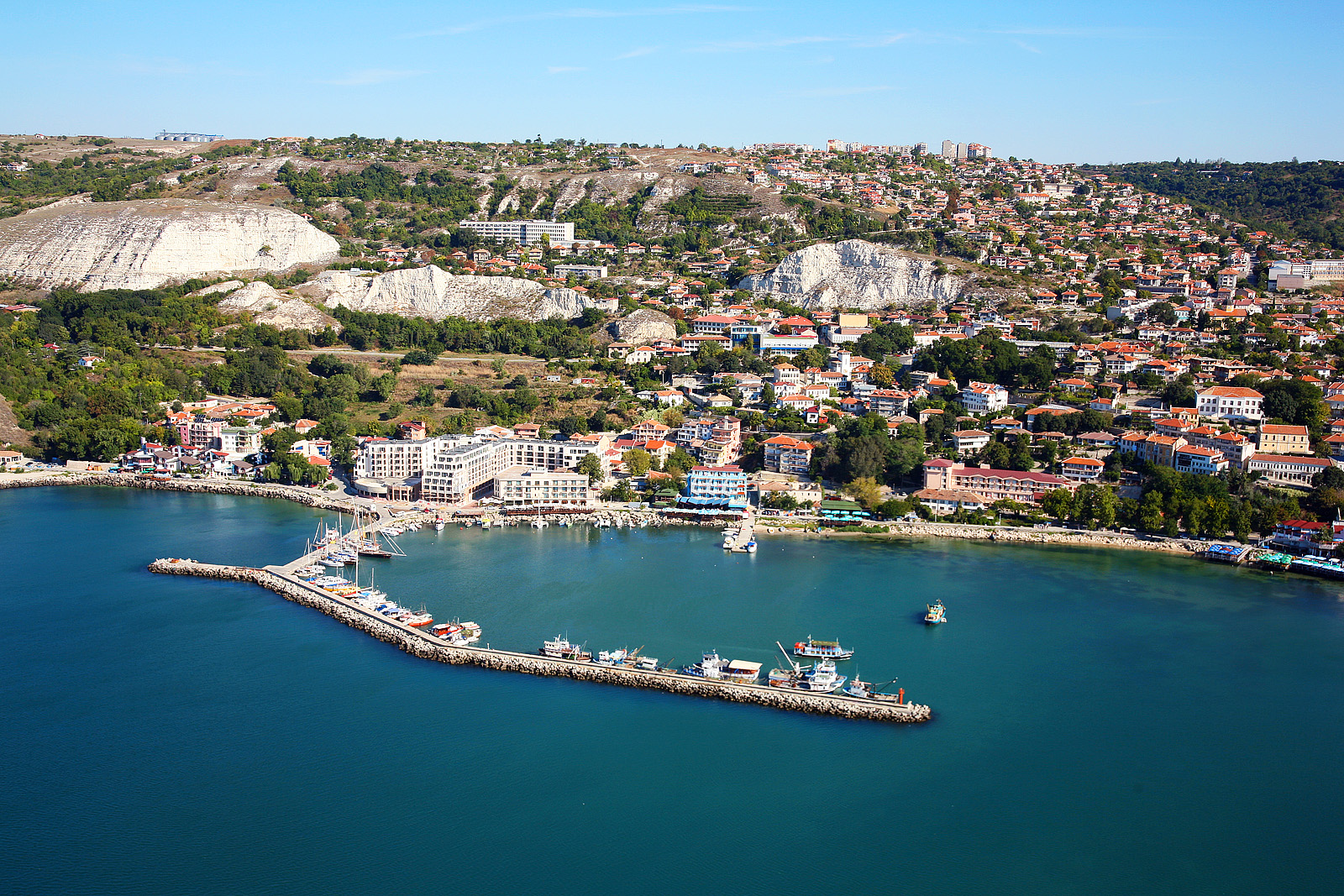 Last Sunday 08.05.2016, we travelled with my beloved friend Elica on Opel Astra car (The so called Police Opel as this opel is well known in Bulgaria because it is the most used car by Police forces in Bulgaria. The distance  from Dobrich to Balchik Sea Town is very near (by car its only 31.5 km).
Nearby Balchik situated in 20-30 km, there are plenty of other uniquely beatiful Sea resorts, just to name a few Albena, Kranevo, Golden Sands, Kavarna.

From Balchik Seacoast it is visible Albena's remote shore, which is one of favourite tourist destination for Russian and one of the most famous tourist resort in Bulgaria are visible. What makes Balchik a great place to visit is also its unique and rich history, the city was inhibited more than 2500+ years ago, according to Herodotus in 585 – 550 year B.C. 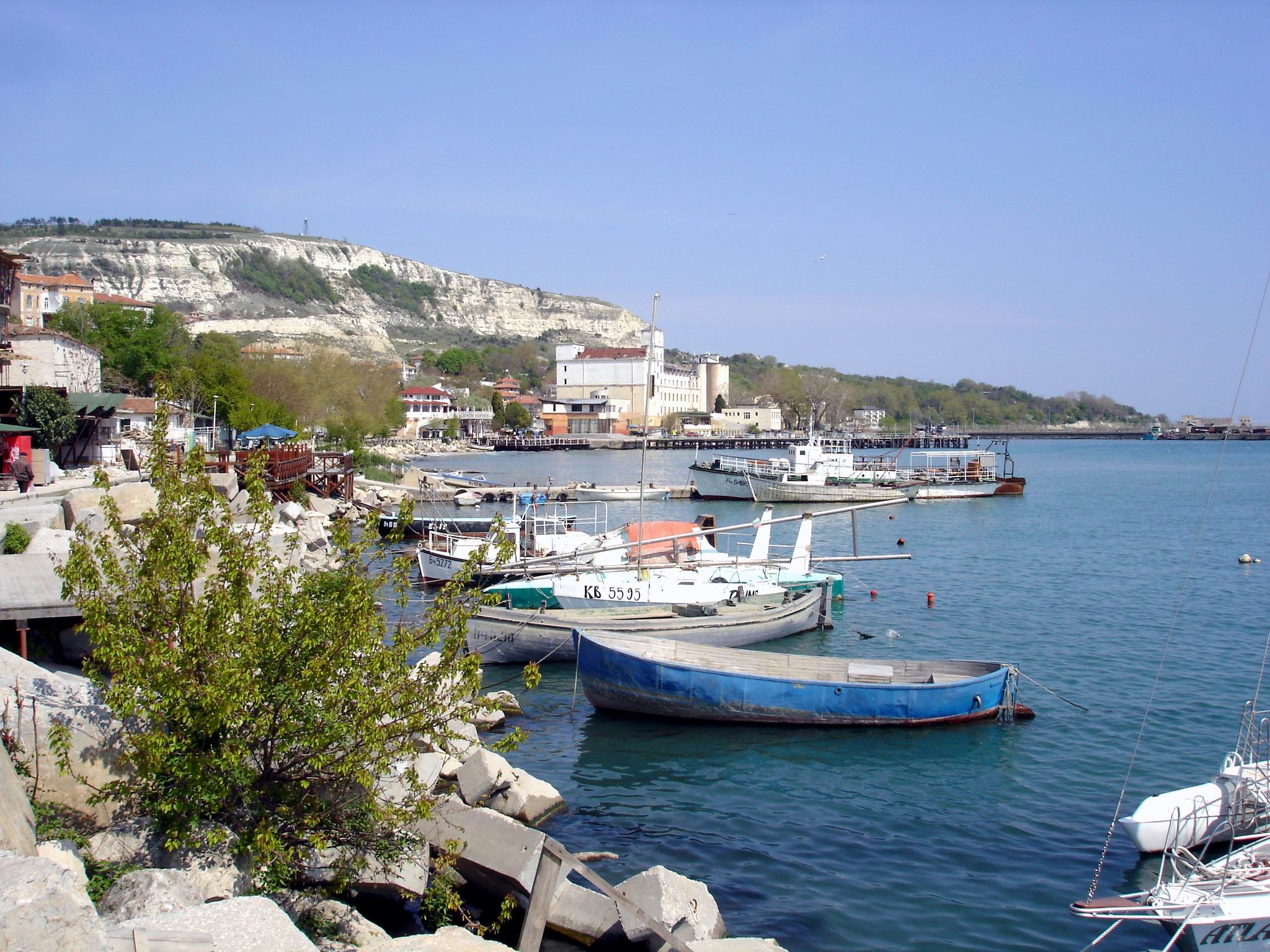 Balchik's history is very dramaticit was of the important sea cities to control by Thracians (during Thracian Empire) later by  Romans, conseqnently by Greeks in Byzantine times and since the creation of Bulgaria in year 681 by Bulgarians (during first and second Bulgarian Kingdom) and under Turkish Slavery 1396-1878 by Turks (during Ottoman Turkish Empire), then after the liberation again by Bulgarians, during the Balkan wars controlled by Romanians as part of Romania and finally since September 7 1940 after the restoration of Southern Dobrudzha region to Bulgaria again part of Re-United Bulgaria.

Once reaching Balchik, we attended Sunday Holy Liturgy in the Saint George majestic Church which on a first looks by its size gives the observer the impression of a small Eastern Cathedral Cathedral. On this date it was the Sunday of the Doubting Thomas the last day of the so called Bright week (the first week after Eastern Orthodox Pascha).

The service was amazingly beautiful with ac choire of only few ladies headed for my surprise by a non-Bulgarian (Belarusian) chorister lady Svetlana. The serving priest Father Stratia is a really tall and ascetic looking priest by the way he served the service and he prayed it was evident he possess a deep faith in God and perhaps a true heart relationship with Christ. The Church is full of icons and has a very unique iconostatis which by the words of the priest is the most unique Church iconostasis made by a Russian person and is the most unique and beatiful Church craftwork in the whole Dobrich region. 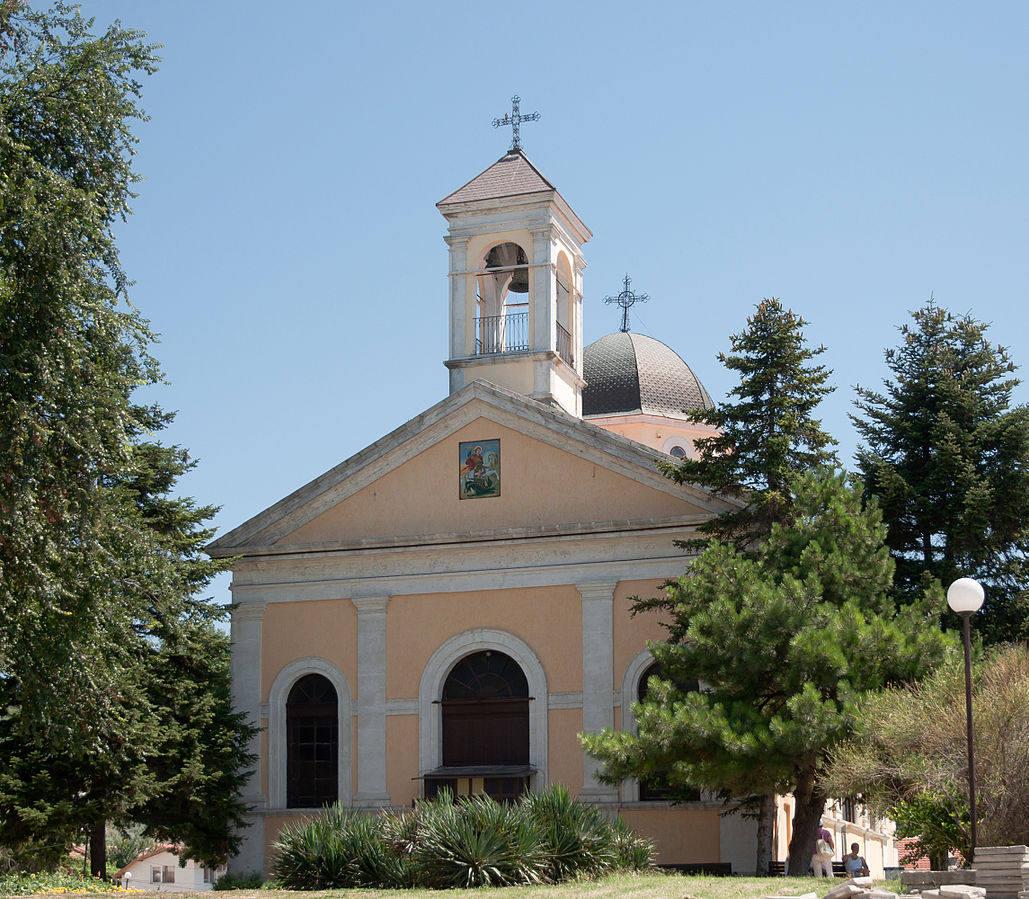 
The Russian influence in the Church is also evident by the many icons of well known Russian saints such as Saint John of Kronstadt, Saint Seraphim Seravski, Saint Xenia from Peterburg, Saint Matriona from Moscow, Saint King Vladimir etc. etc. Also it is very remembering experience in this Church the high number of different icons of saint George, many of which are well known and miracle making from Mount Athos (Fanailova) icon etc. 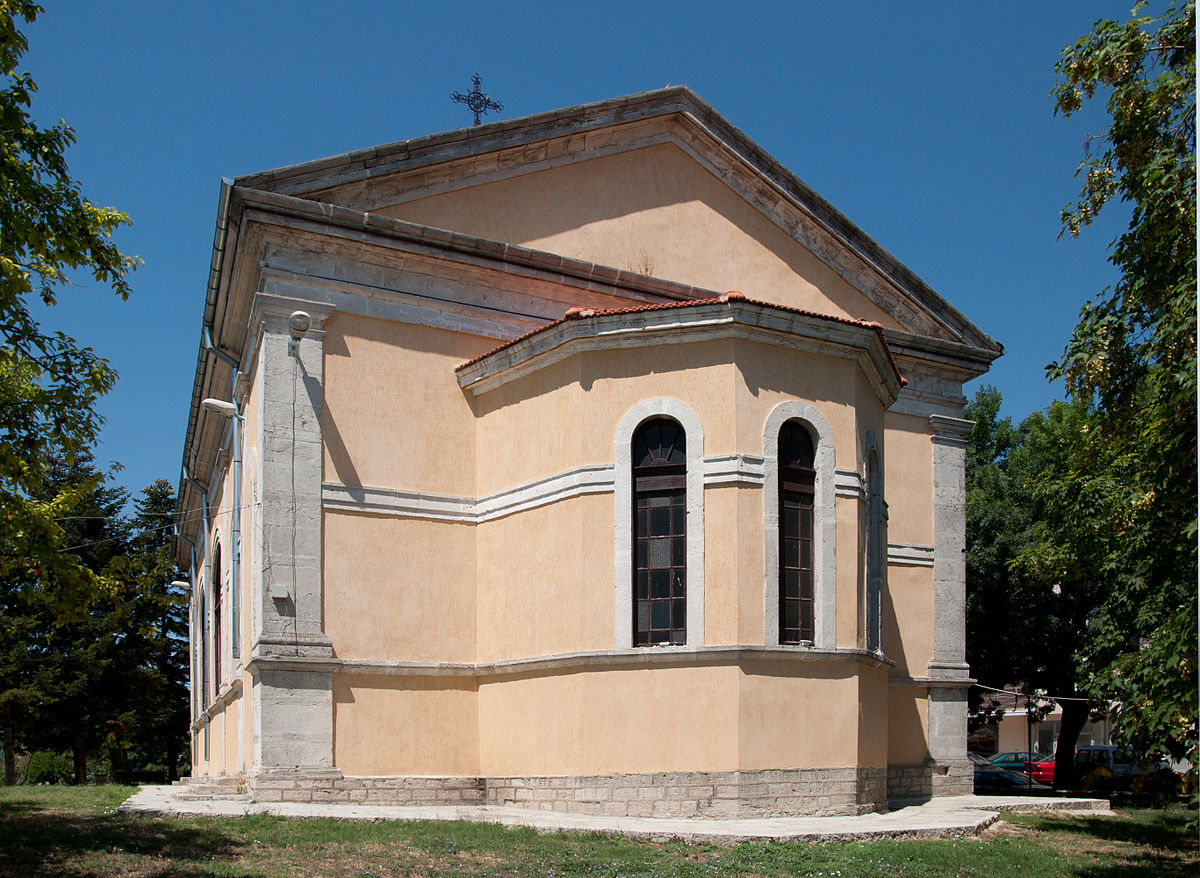 After the end of the Church service we had a walk through a piece of old stone strairs which are common for Balchik. 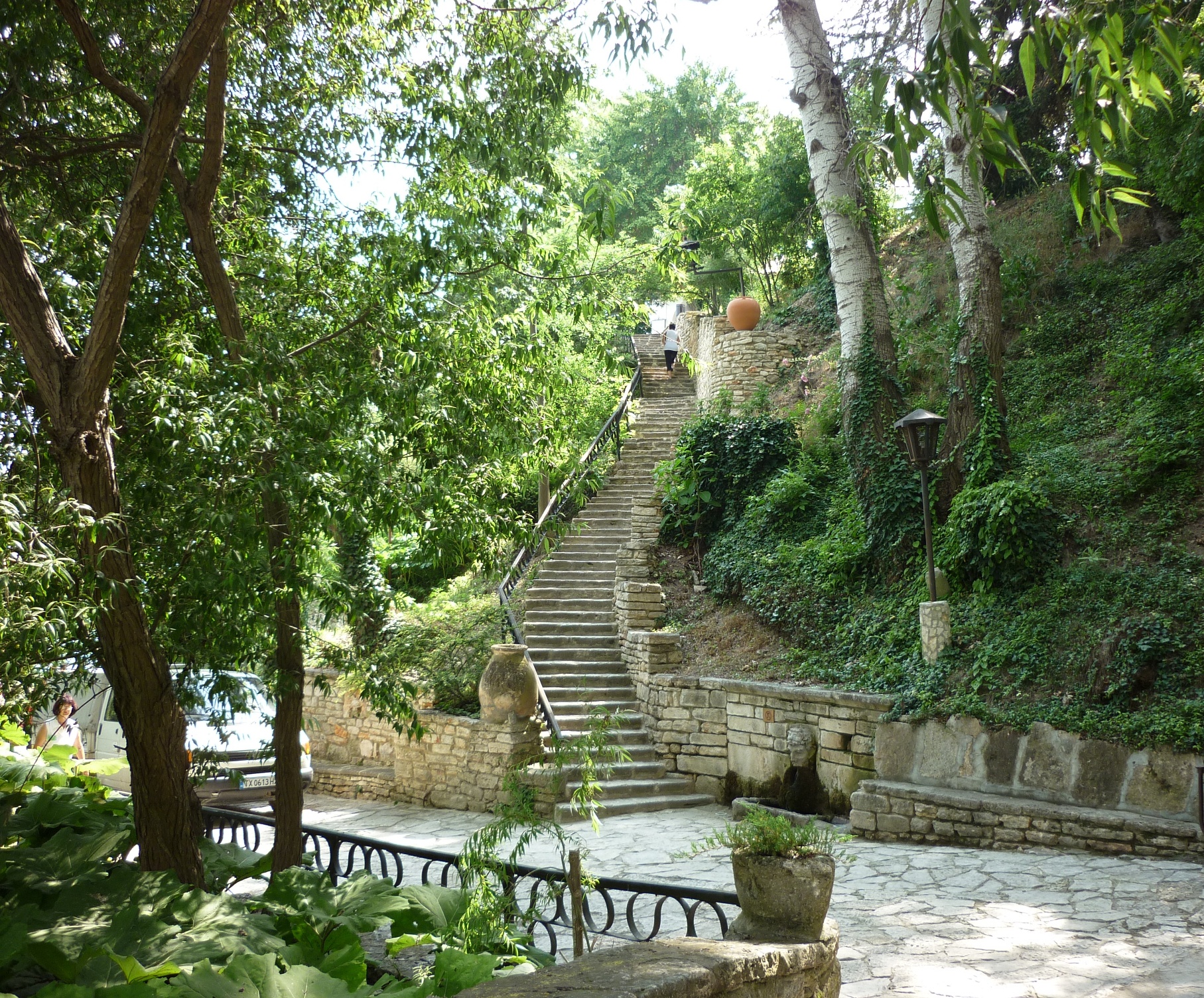 At the end of the service he blessed and wished a lot of "brightness and love" for the coming week and we went down from Balchik city center through a beautiful old stone stairs leading down to the Seacoast and Balchik's beach. 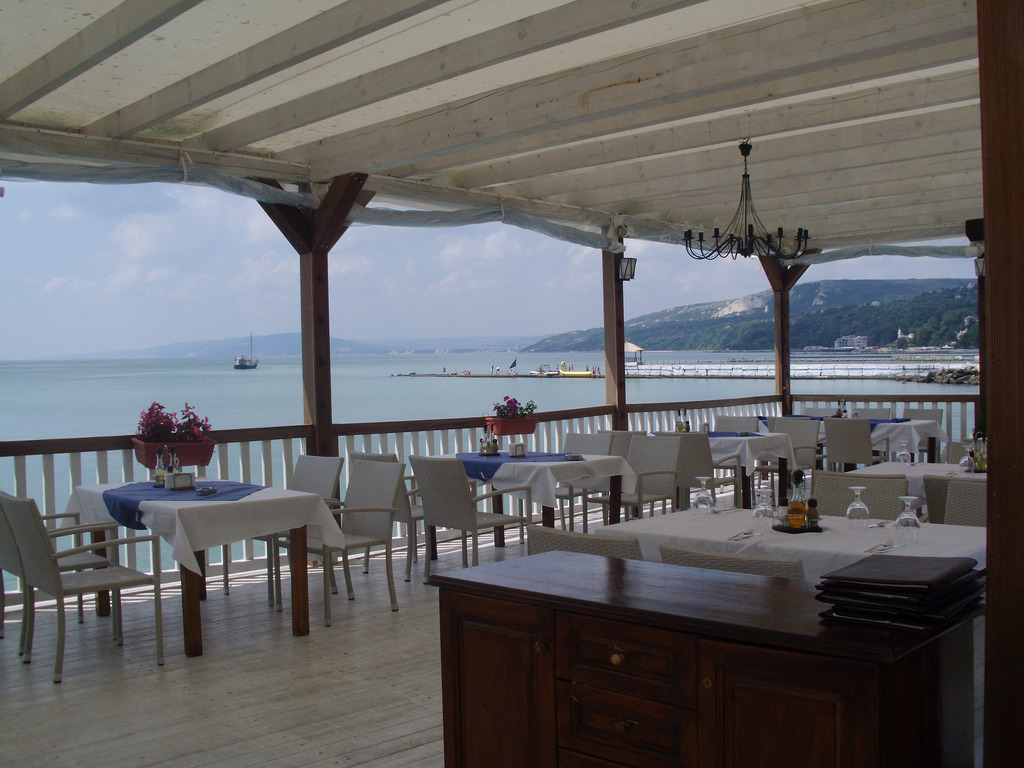 We spend some time on the coffee waiting for Mitko and Samuil to drop by because we had agreed the previous day to travel by Mitko's Citroen C3 Pluriel (tutle sized car) from Balchik to Sofia.

Nearby the sea coast as in most of resorts there is a line with caffeterias and restaurands with a nice view facing the sea and a remote tiny mountain hights.
Balchik and the region is one of the most beautiful and green locations all around Dobrudja region with a beatiful plants, trees, herbs, woods. There are also few springs mineral drinable water in and nearby Balchik and the town is also famous for the healing mud center and many thermal springs of Tuzlata.

The temperature of the health water is 33 degrees centigrade; it is without color, low mineralized, and has excellent gustatory properties. The curative mud which comes from two firth lakes is dark brown, coarse-grained and has perfect physic-chemical properties. Near to the lakes there is a balneological center. Using the healing properties of the mug, good results have been reported on the treatment of gynecological, nervous diseases, diseases of the locomotory system and so on.

Balchik Tuzlata healing mud for recovering from and healing all kind of neurological, psycho-emotional and other diseases. 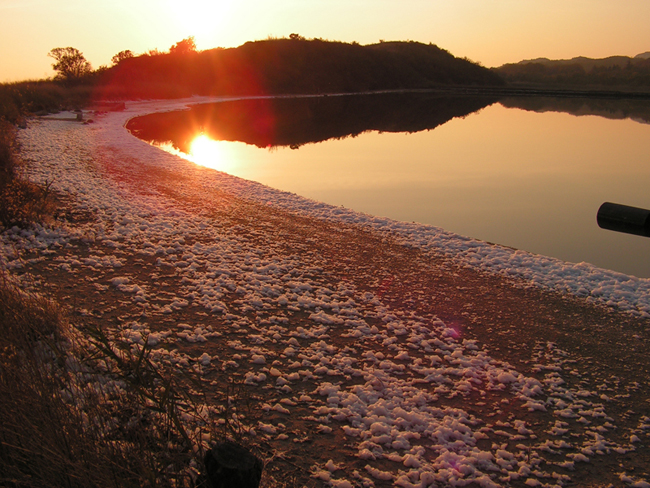 Perhaps the most famous and worthy thing to see in Balchik is Baclhik Palace (Dvoretz Balchik) which was constructed during 1926 – 1937  for the rest needs of the Romanian Queen during romanian control of the region in communist years of Bulgaria (1945 – 1989) and onwards it was reorganized to become one of the major and biggest Botanical garden in Bulgaria and is famous as Balchiks Botanical Garden exposing the largest collection of large cactuses in Bulgaria arranged in 1000 m2, the second biggest collection of Cactuses following after the one in Monaco. 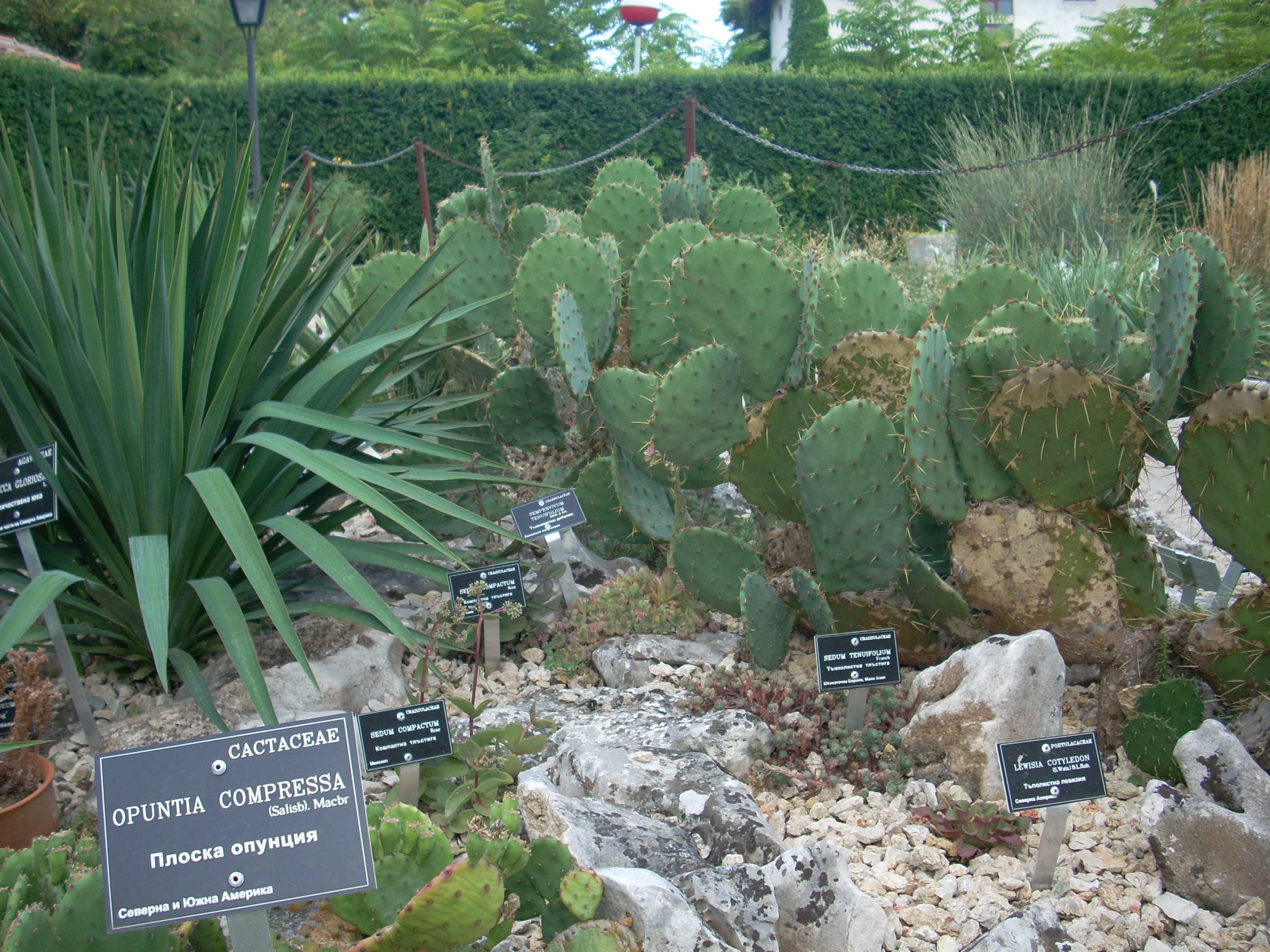 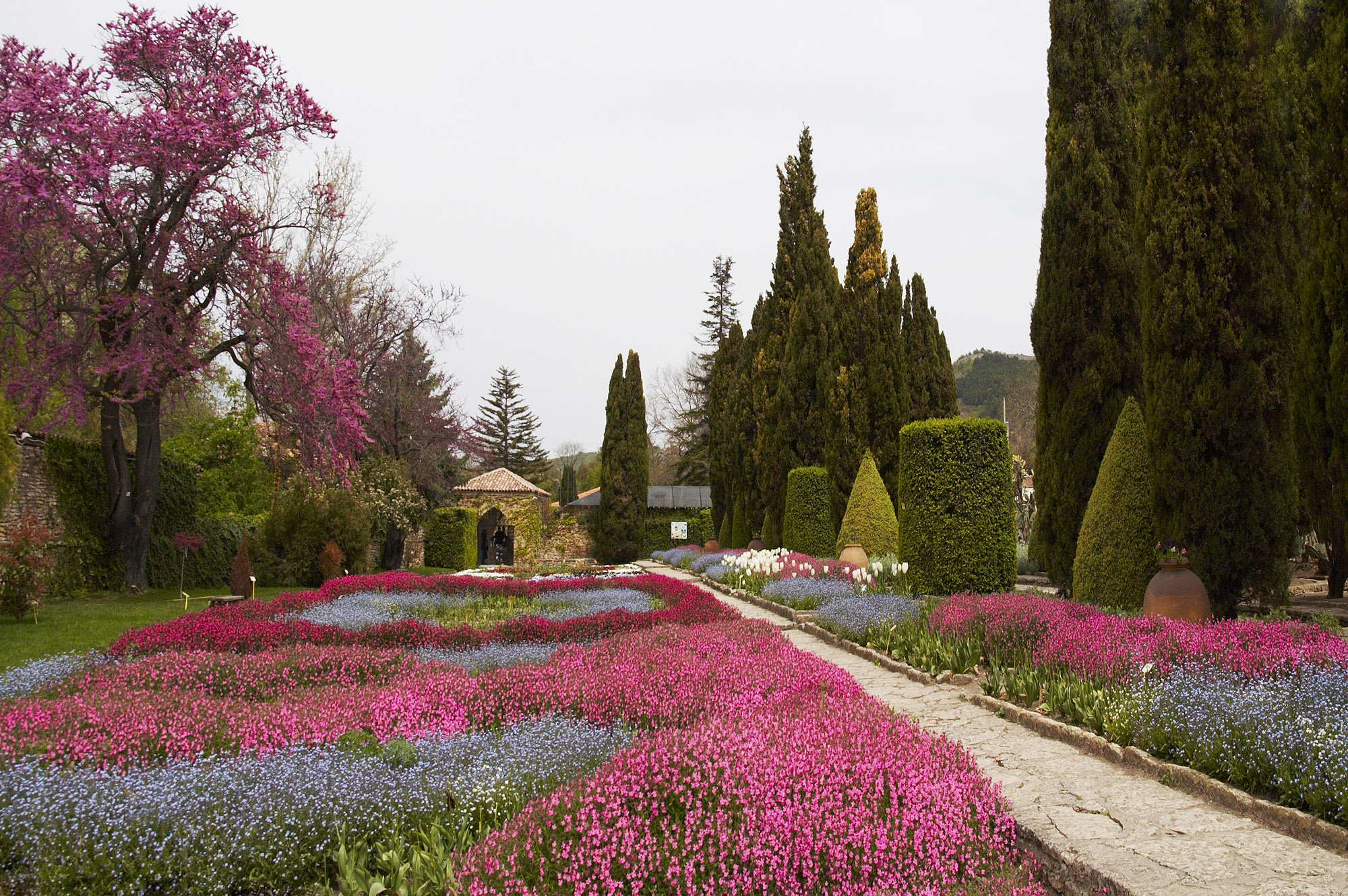 View to a Roman Catholic Chapel in Balchik Garden

The current Balchik Botanical garden has area of 65,000 m² and accommodates 2000 plant species belonging to 85 families and 200 genera a similar garden but smaller garden was build in Vrana's Bulgarian King Palace nearby Sofia

The garden is absolutely unique to see mixing together architectural characteristics for Balkans and oriental motifs such as from Islam the garden was build by Italian architects Augustino and Americo and the overall arrangement of the Palace was made by a Swiss frorist. 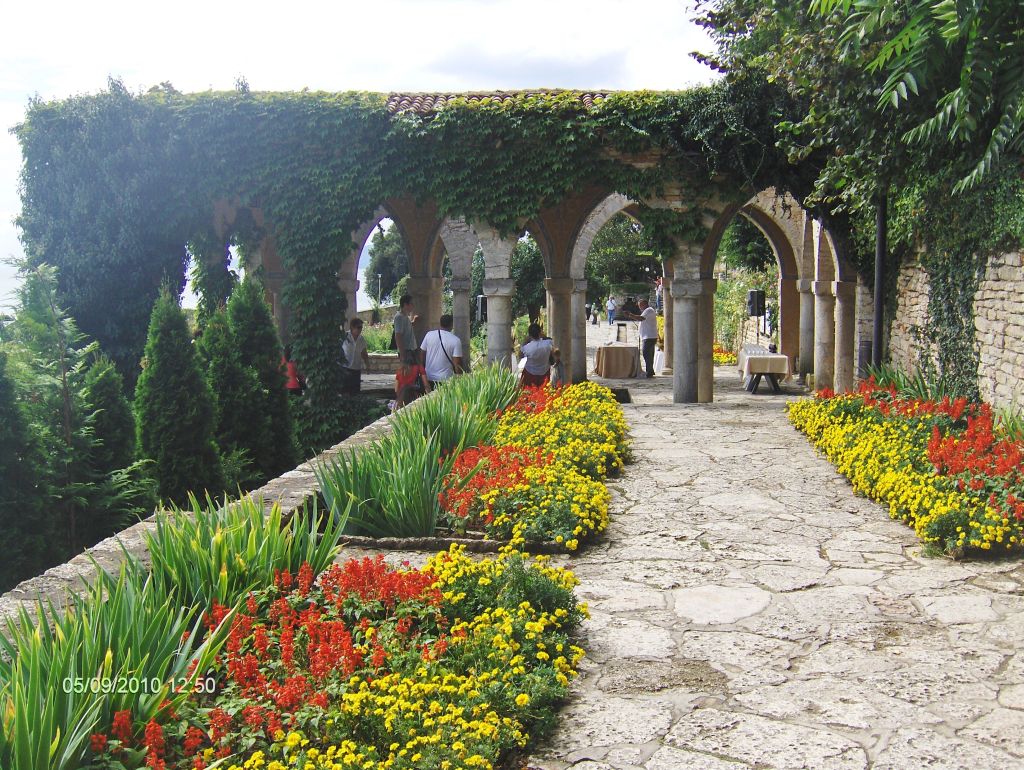 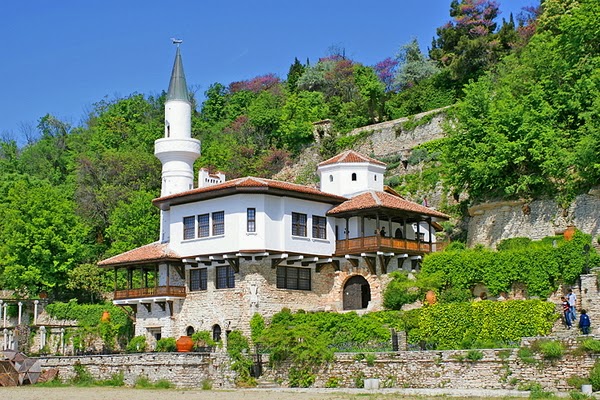 Though Balchik is only about 10000 to 12000 of citizens it is the second largest town in Dobrich region, rich for historical reason in diverse culture and architecture.

Below is a small chunk of the many interesting old historical things the lover of beauty can enjoy. 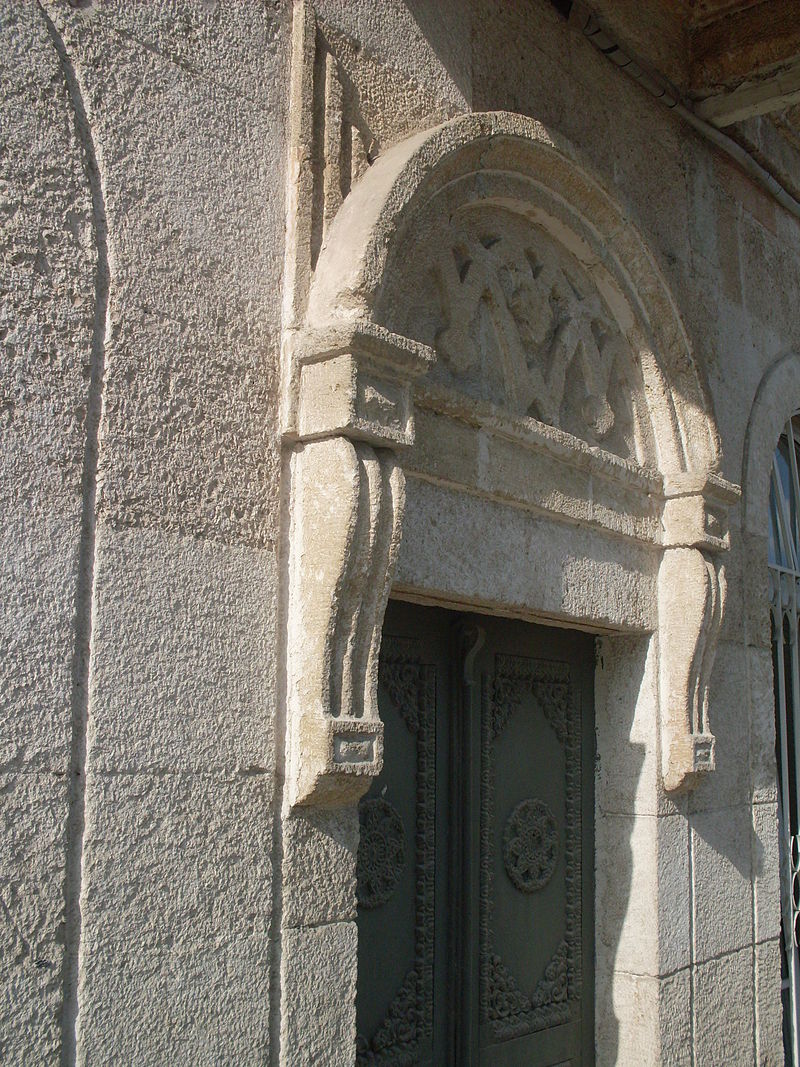 Though it is a little in size it has obsiouly rich citizen spirituality as the city has 5 Churches 4 of which in active service. 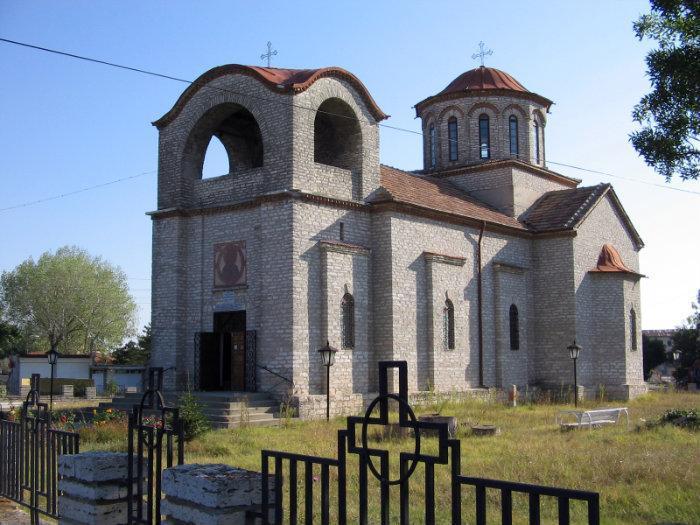 Balchik is situated on a steep hills thus, the roads are а bit uneven like in mountains, one can see in city center also some builtiful 'bulgarian renesanse' buildings left from 19th century architecture in the famous for that time Austrian / Italian Architecture. 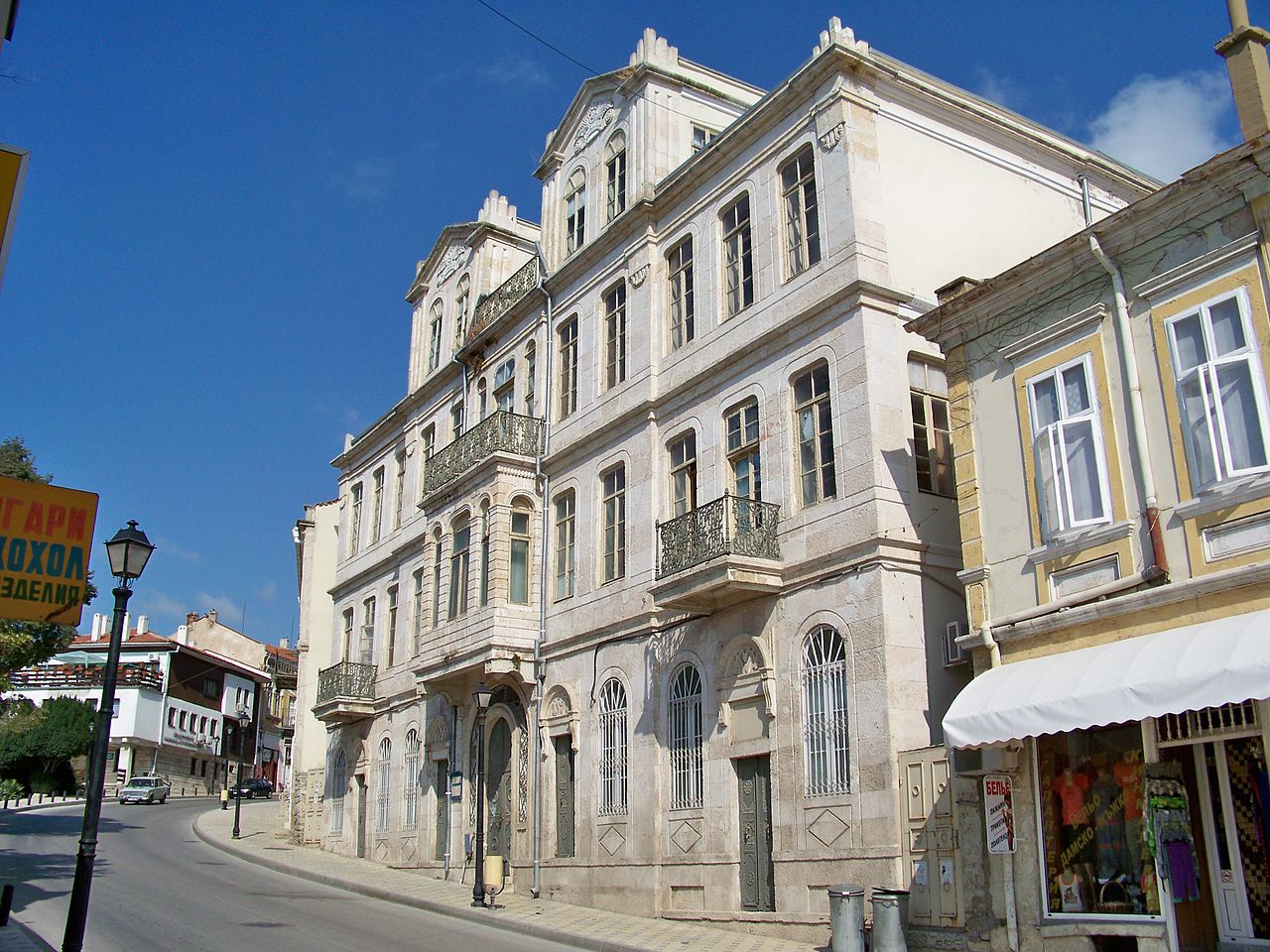 As Balchik is small in size it is perfect for people who want to have rest in a cozy town and still have all conveniences of a beach resort. The overall feeling of being in Balchik is like in a small Italian sea town with the only difference that the prices of food and drinks in Balchik are quite affordable if compared to Western Europe resorts. A four people meal with some small drinks nearby see would be cheap like 40-50 euro. 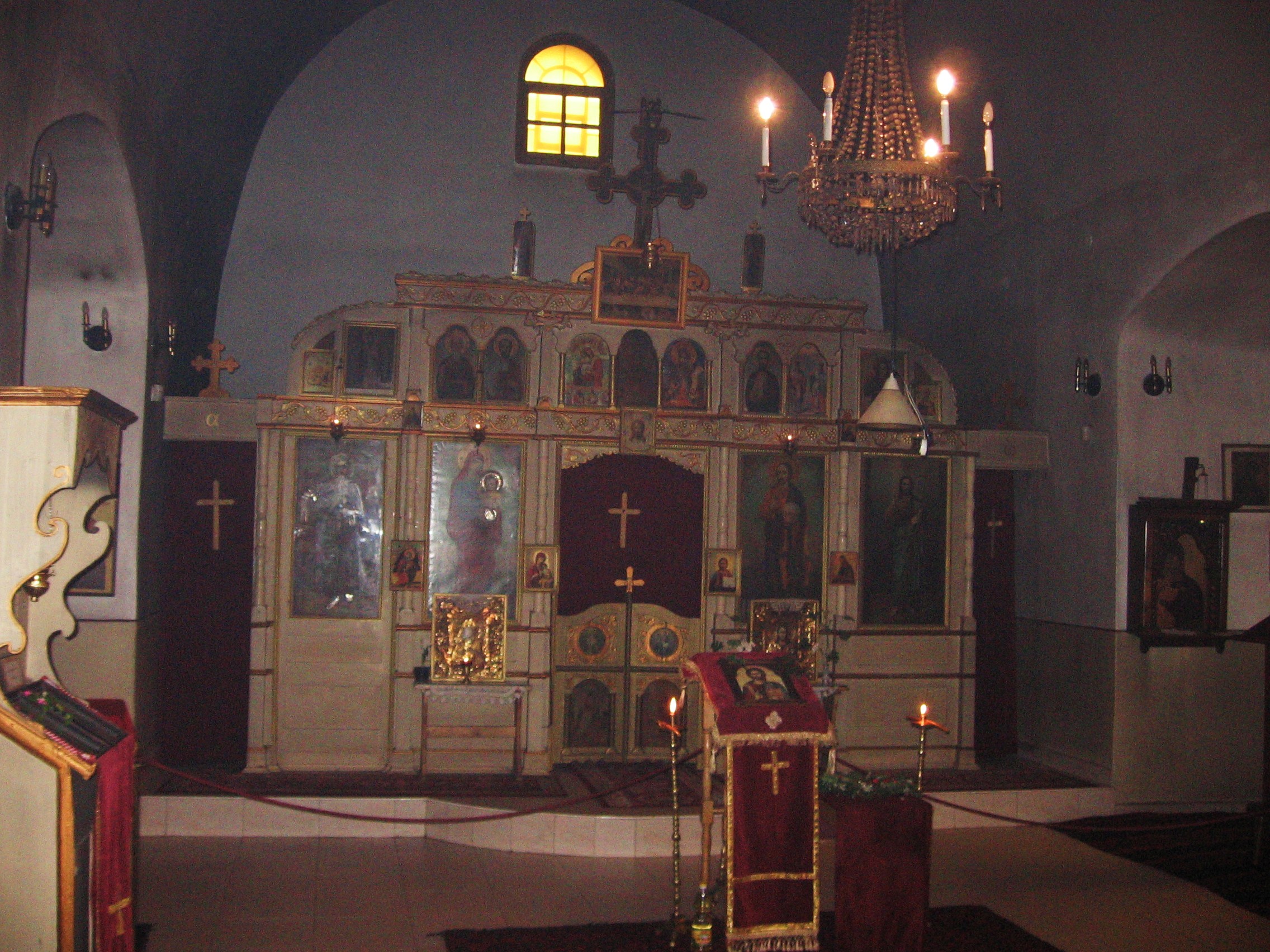