As most of computer geeks, music is very important to make up my day and bring me up from bad mood or boredom. I like doing things from console, so even though nowadays Linux Desktop is so convenient, I still often prefer playing my mp3s from command line. In that spirit its worthy share with newer Linux users about existence of few mp3 players I used over the years to play my MODs / XM / Wavs / Mp3 etc.in pure console:

1. First and maybe most used over the years is mpg123 and its clone mpg321

mpg123 is first mp3 player I ever used in Linux with no graphical environment and even to this day I install it on every Linux Desktop I have to configure. Its small its handy and it plays well most of mp3 music. Historically there was some issues with licensing of mpg321 making it not 100% (GPL-ed free software). Therefore a clone of it was made mpg321.
mpg321 is also a good mp3 player, but in some encoded mp3s my experience shows mpg123 plays music better (with less glitches).

Install both mpg321 and mpg123 on Debian and Ubuntu and rest of deb based Linuces is with trivial: 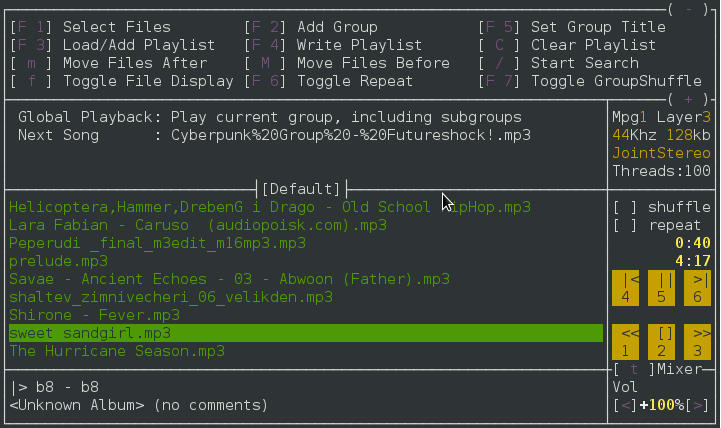 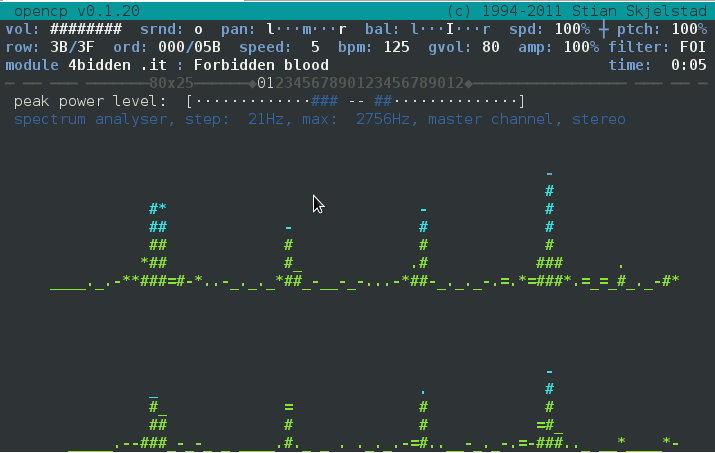 Those who remember how we used to listen music in DOS (Disk Operating System) days, should certainly remember Cubic Player – IMHO it used to be best MSDOS music player to play CDAudio, midi, MODs, WAVES etc. sound formats. I was more than delighted to find out some few years ago, some geeky developers started project aiming to rewrite from scratch Cubic Player for UNIX OS-es. Open Cubic Player is nowadays reality stable and kicks ass. I warmly recommend it to everyone who want to play music from console or terminal! It simply kicks ass!!! 🙂 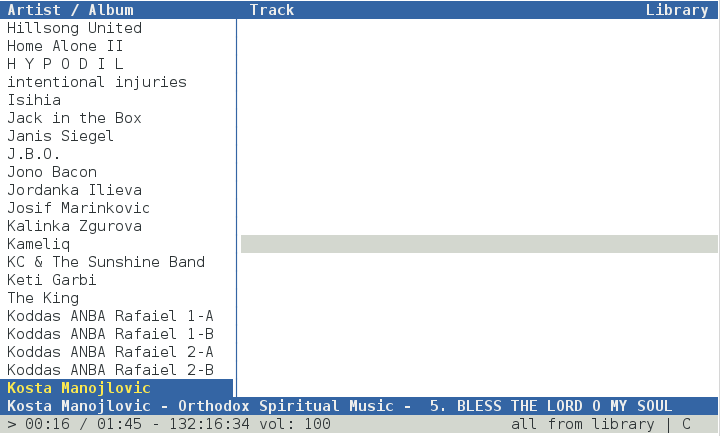 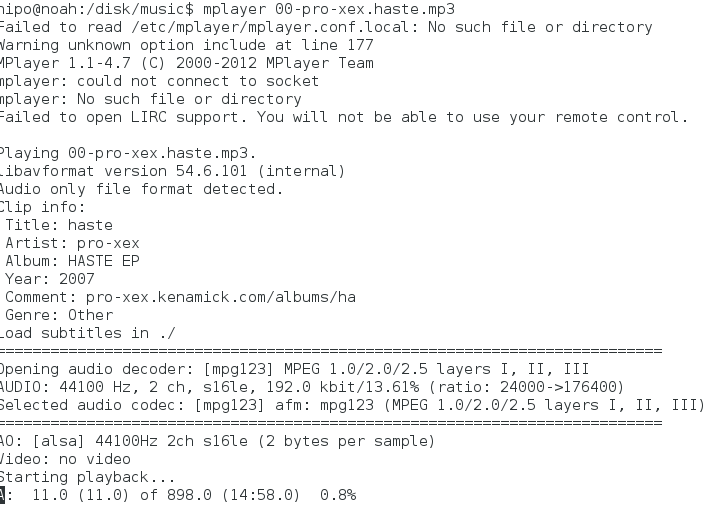 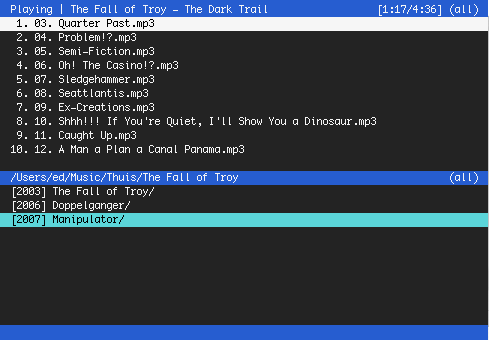 Other newer player I just recently heard of is Herrie.
I red quite positive things about it, installed it but never got into habit of using it. 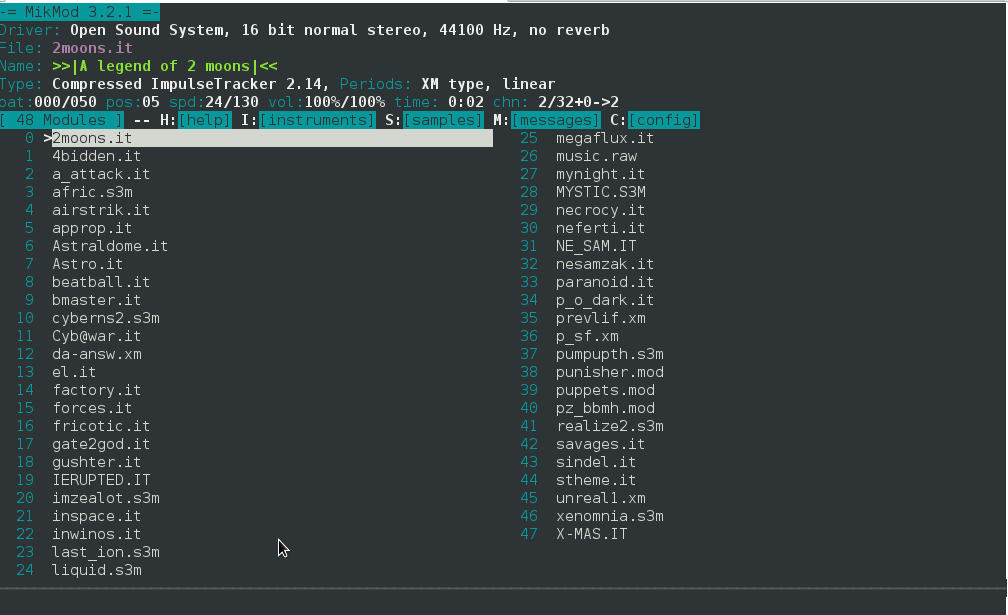 Talking about geek music and old school stuff it is impossible not to mention MikMod. Even 12 years after i saw it for first time I still use it often to play cool music from modarchive.org. Its my personal believe MikMod is a player for hard core coders and hackers 🙂