The Great Secret of Water 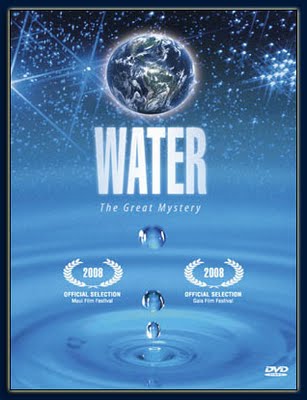 ​
Many people are probably not aware of the new ground breaking (said to be done) discovery about the fact that the water has memory.I have the film it’s a russian film and it’s called “The Great Secret of Water“. Also a good movie on scienceand on Quantum physics in particular is “What the bleep do we know? Down the rabbit hole.”Now the day was quiet. We had Marketing II lectures. Later Damqncho came and was my guest just afterthat we went out for a coffee with Javor which is a student first year in the college and brother of a girl which is from my group.After that we went home and watched “The Great Secret / Mystery of Water“. In the evening like almost every night I went to my grandma to see her and talk to her about how my day passed and how she is doing etc. Thanks to our Lord and Saviour servers and everything smoothly.Now I’m going for my evening prayers and just after that I’m going to bed.END—–

Today was the last day of the lectures with Joop Vinke. Here is how my day passed. I woke up at 9:00, washed my teeth dressed combed my hair and went to the police station to look for our quarter police officer. I need to renew my personal ID card because it has been expired already for 4 years already. Thanks God everything went smoothly in the police station. After that I went to school we had lectures with Joop Vinke. After the school I went home and played around with my FreeBSD system. I succesfully upgraded gnome 2.20 to 2.22.

Using the binary packages from

http://www.marcuscom.com/tb/packages/7-STABLE-FreeBSD/gnome/. I’m trying to upgrade gnome from source for already almost 3 weeks with portmanager. After all of the required ports rebuilded still gnome wasn’t functioning, so in order to make it working I downloaded packages from http://www.marcuscom.com/tb/packages/7-STABLE-FreeBSD/gnome/ and ran a little loop with

to make all the .tbz files install I did that yesterday night today at the afternoon everything was installed and gnome ran just fine I only had to link few libraries because they were searched on a different places. All works just fine now I only have to rebuild few of my games because they’re now linked to an old libraries. In the evening we went out with Javor for a coffee. As very often we went to the fountain we had a nice talk and then we went to his apartment to watch a film. He recommended a film called 1984 and we watched that. My impression is that this film is totally psychodelic and freaky, but still interesting to see. After I went home I went to see my grandma and now I’m home tired on a few steps of my bed 🙂 I should also mention that today I upgraded clamav on 3 of the servers I maintain. It seems there are few configuration options which changed in the new clamav release (0.93). It was an easy day as a whole if we don’t count my physical infirmity.

On a beach again

Yesterday I was to the beach again. We went first to a place called “The robinson” which was a terrible place. A small “beach” with oldnon functional quay. There were some of the planks missing so I had to walk very carefully at some places there were nails.At first I almost fall down from the quay there were a broken plank and I lost equilibrium thanks God I was able to balance myself and not fall.If I had fallen down I would probably seriously hurt or even die, cause down there the sea was shallow, the possible scenarious was to seriously hurt myself or even die .. Just a minute later a friend of mine who was walking in front of me warned me to be careful with the nails on some of the planks and even though I was carefully watching my steps I step over a nail. The nail pierced my sport shoes. At this moment I felt just a little hurt so I thoght I didn’t hurt seriously. Anyway I decided to take off the shoe and sock and blood started sprinkling. It took me some time to come back to the beach because I had to walk back through all that broken planks on the quay. Thanks to God I moved back to the beach where I put my leg in the salty water. Nomen and Javor were going to Kavarna at this moment so Toto (the guy who was with me) did call to Nomen and told him to get some medical alcohol (spirits) from the drug-store. After they came we used the alcolol to wash the wound in order disinfect it. Later while I was sitting on the beach Toto and Nomen went to the sea to catch some mussels. Toto was diving and searching for musselsfor some time and he quit at a point because he wasn’t able to collect enough. They came with only two mussels. At this time Javor tried to catch some fish from the quay, again unsuccesfully. Later we decided to move to another beach because I proposed so, I hated this place really plus it location was too near to the sea shore. We tried to move to another nice beach but since it was proprietary we wasn’t allowed to establish the tent and make the camp fire. So at the end we decided to move to Topola’s beach. The night there was a nerdy one, Toto and Javor were trying to make fun of me and I got really angry .. They made a fire and we baked some meat balls and had a nice dinner. The sky was full of stars, really beautiful ! I spend maybe an hour watching at the sky adoring the mighty work of God’s hands. I slept that Night at Nomen’s car (Audio A4 :)). At the morning Nomen and Toto and after that Mitko came one after another and woked me up for a few times at the end when I realized i won’t be able to sleep anymore and stand up and dressed my bathing trunks and went to the beach. I entered 3 times at the sea and had a really nice baths, we played volley ball in the water and had great time. At midday we had to set off to home because Nomen was going to travel back to Sofia in the afternoon. There was a problem one of the car’s tyre was passing the air out so Toto and Nomen used there 3l337 skillz to exchange the broken tyre. At somewhere around 14:30 we were back in Dobrich. I haven’t been to my grandma for a day so I went to her apartment (she lives 6 stages above my parent’s apartment. After that I went to the Church where I lighted few candles and prayed to God to have mercy over me the sinner and my family. On my way back home I met Papi (Paco). Papi is very guy a christian who for some time was like a Spiritual Father to me. We had a walk at the city park and spoke a bit about our life and the christianity’s face in general and how poor the condition of the christianity and faith in general is. Later at home my mother helped me to exercise the driving lessons tests. Another thing I did the recent 2 or 3 days was to configure a FreeBSD server who was going to host a website it was required the server to have Apache, PHP, MySQL and Qmail.Configuring Apache, PHP, MySQL on was pretty straight forward. The real problem occured when I tried to install Qmail from ports. I followed a freebsd qmail tutorial and at the end I was not happy with the qmail installation. After that I tried using the FreeBSD qmail toaster. But again I should say that FreeBSD qmail toaster is a total mess. Then I decided to go in another direction and tried to install qmail following the qmailrocks method I’m not really sure if I did everything the way I had to because I was really in a hurry to start a working SMTP server to send and receive mails. At the end I used a lot of custom configuration files and daemontools+qmail-spamcontrol+vpopmail ports in a ways I use on few of the other Qmails I administrate. Thanks God everything worked just fine and now I’m happy to have another functional qmail server on FreeBSD.END—–