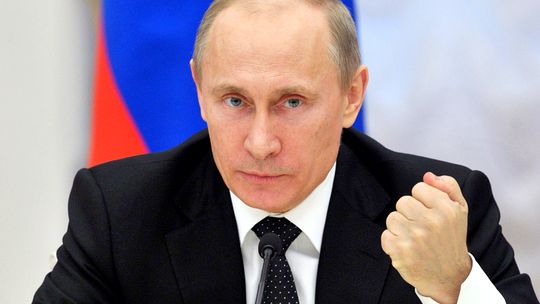 POSITIVE RESULTS  FOR RUSSIA DURING REIGN OF VLADIMIR PUTIN


From January y. 2000 to present times Russian ruble rate changed from 28 Rubles per dollar to 29 Rubles per dollar – i.e. severe inflation in Russia ended.Present day Russia is a normal European country not that poor country where approimate pension was 20 dollars and where masters was the financial pyramids and the International Monatery Fund

In August 1999 Eltsin assigned Putin for prime minister.
In just a month later the export taxes Putin increased duty taxes to 7.5 euro/tone and in 8 december to 15 euro/tone. Till then incomes from oil taxes has been steadily increasing and nowadays exporters calculate in national budget half of incomes origin from oil prices and export taxes.
From January to November 2007 Russian customs influxed in national budget 2.57 trillion Rubles.
Oil export takes has drastically raised incomes of citizens.This had major impact on construction business.All Russia nowadays is in reality enormous "construction yard", to illustrate from January to September 2007 375 009 homes were built occupying 34 million square meters.
Cement factories cannot satisfy local market requirements and Russia is forced to import cement from China.
Increased incomes of population led to increase in estates search, this increased apartment prices and as a consequence increased incomes from building activies.
Result is in consutriction business are invested enormous amounts of capital and a real construction boom is observed.
Another consequence of increased income was increase in demand for automobiles. Just for 2006 the quantity of demanded automobiles in Russia increased with 45% and reached 32 billion dollars with a count of sold new cars numbering 2 million. By indicator of sold new cars Russia orders on 5th place after in Europe taking place right after Germany, Great Britain, Italy and France.

Currently are being build a couple of new automobile plants, and existing ones increase production volume.
All this is consequence of increase in demand and therefore from increase in citizens income.
rn>For 10 years budets expenditure for social politics (pensions and social help) increased with 30%.

Before Putin pensions were under existence-minimum with appr. 25% and in 90th pensions were not paid at all.
Now pensions are 50% above existence-minimum and is constantly increasing.
In 2000 approximate sallary in Russia was 2223 Rubles (appr. 80 dollars).
Now approximate sallary in Russia 19174 rubles (apprx. 660 dollars).
Purchase of domestic goods for 10 years increased 10 times. Number of own automobilse increased 3 times.
Putin nationalized YUKOS, without 'making nervous' emering Russian busness in a market manner – with bankruptcy and auction. All this happened lawful, following laws adopted by democratic parliament.
The president doesn't have the right to use other  means. Formal occasion for arest of Hodorkovski were taxation frauds of YUKOS. In such machinations are involved practically all large private companies and this is the reason why nobody believes that excuse. It is unbelievable. However Putin simply defended Russia's interests. 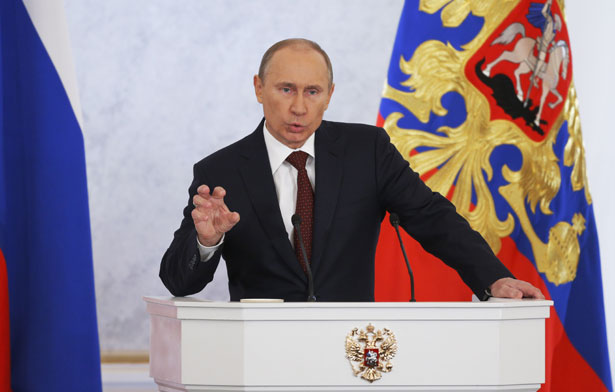 The proof for that is transmission of actives of YUKOS to national corporation "Rosneft". It would have been more righteous if this actives were just confiscated … but there are laws and Putin had just stick to them. After all the President can't go out of framework of his jurisdiction.
It can be just added that after Khodorkovsky  was injailed, collectivity (incomes)of taxes of ex-actives of YUKOS increased 80 TIMES!
In y. 2004 Putin finally removed law "Agreement for Separation of Production  (Separation Agreement)". This law was annexed during Eltsin's regime, in order to benefit Oligarchs (Khodorkovsky, Gusinsky, Beresovsky etc.) in order to make possible Russian oil reserves to be possessed by Western (American and British) oil corporations.
By the power of this law Russian oil and natural fields went into international jurisdiction, and therefore the money from Russian oil doesn't entered budget of Russia but influxed in Western companies.
Money from oil drills went mainly into Dutch "Shell" for covering of corporation expenses. Only after something remained from that they sold it to Russia. In 2006 Putin declared following in that connection "And now we don't get anything from them and if they increase their profit we will not receive it even in 10 years from now."
In fact to this moment Russia didn't get any money from their own oil.
After the law was removed in 2004, revenues in budeg increased from 3 to 4 times.
After cancellation of contracts for oil fields "Sakhalin-1" and "Sakhalin-2" Russia's loans to American company calculated to 700 million dollars, for that time this was too much. The whole Anglo-Saxon world pricked against Putin because of a simple reason: "UK planned to assure its oil reserves for years to come in expense of Russia – only Germany and France who didn't have a direct interest in that process kept neutral …
In 1992 – 1995 the head aparatus of Russia formed its view based on foreign advisors. All legislation from 1990's was hence written by them. In Russian country administration was working 10 000 foreign coaches.  George Soros was financing writting of student history books where the Battle for Stalingrad was mentioned in only 2 pages and about the meeting between Elbe and Soviet and American soldiers (Elbe Day) in 10 pages. 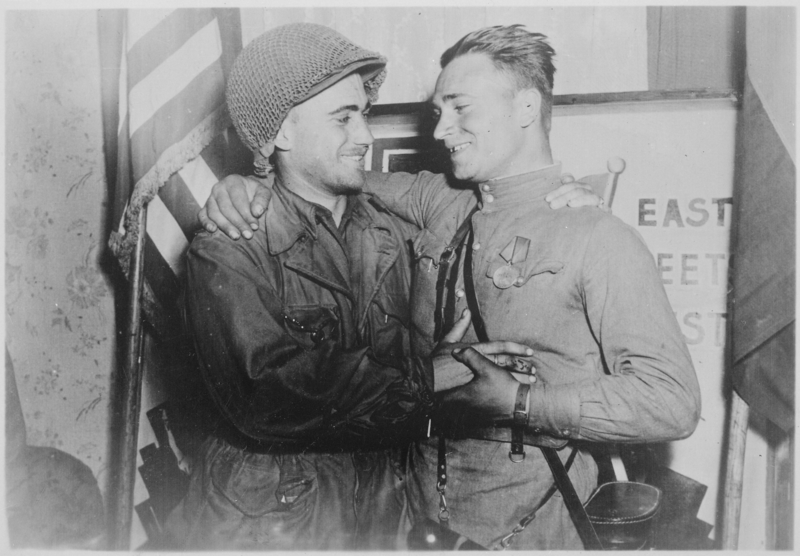 : In that mournful times on pupils notebook you can see portrainst of 4 American presidents of USA.
Until this very day there are left relics from that anti-Russian propaganda but hopefully with time Putin will throw away american propaganda from education system.
But why Putin cannot immediately dismiss all this hostile to Russia clerks? The reason is simple: Constitution of Russia written under dictation of Western coaches, does not allow quick changse into it.
Nowadays the President is just one of many clerks with resticted power. Yes truly president power is a bit bigger than other clerks, but country head can't influence everything. The president can't even define his ministers, even though by law this is part of his jurisdiction.

War in Kavkaz is over, separatists were destroyed. All famous terrorist leaders were liquidated physically.
Even Zelimkhan_Yandarbiyev was killed in Qatar, Basaev and Umarov were also destoyed. Putin promised "to drawn them if necessary even in their own toilet dish" and he fulfilled his promise. Of course, separatism is not completely destroyed, such conflicts cannot be quickly solved, but nowadays situation in Kakvaz is the best possible. If Chechnya's elite feels the power of Moscow and benefits of being a surrender – then separatism will fade away. This is exactly what happens. The attempts of western spy centrals to supply terrorists are still leading to separate terr. acts but this is the maximum – there will be no war anymore.

For 10 years Putin increased political influence of Russia in world and lifted its image. Today Russia follows its own interests, and not Western ones.
It is not coincidence that Putin was recognized as the most influential world politic of 2013. He prevented Russia's devastation led country out of catastrophe caused by Gorbachov and Eltsin. That's the rason why Western Medias abhor him and compare him with devil.
Everyone interested in political life in Russia seems, that the battle against corruption took unforeseen measures.
At least 2-3 times weekly on TV are shown arrests  of clergy and policeman and news inform about sentences against government employees.
Lets not forget Crimea, here is how it was given to Ukraine.

In 1992 on signature of Treaty of Belovesh for dissolution of USSR Ukrainian representative Leonid Kravchuk noticed that Boris Eltsin is "in play with Vodka" and is delaying signature, he urged him with words: –

"What for I need Crimea? Here it is your present!"

Few days ago Putin removed consequences of this "joke with history" – and people of Crimea sung and danced on squares, returning to their motherland.

Here is Why Russophobes hates Putin! 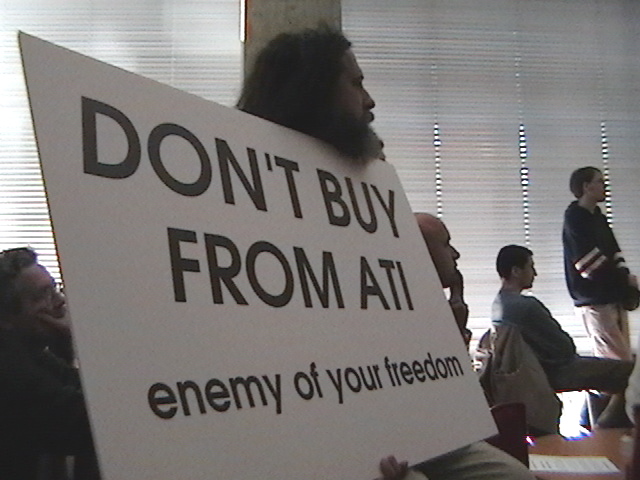 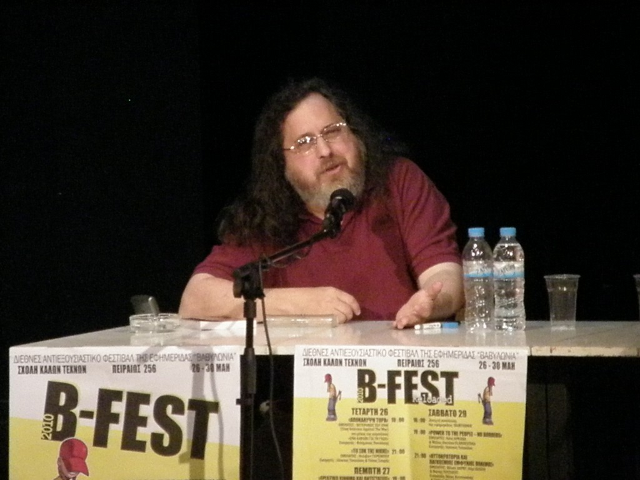 Today when I was reviewing my daily visited websites I come across an interesting news.
This kind of meeting is quite a news because it is the first in line where Free software users and developmers fromall around the balkanies will meet to discuss,test,share and continue the free software code and ideals.
The first Free Software conference in the Balkanies is about to be hosted in Vlora University Albania .

The conference Free Software in Balkans (FreeSB2010) is an annual meeting of the free software users, developpers and supporters in the Balkan countries. It will travel from country to country, year to year to different locations. The Conference will gather professionals, academics and enthusiasts who share the vision that software should be free and open for the community to develop and customize to its needs, and that knowledge is a communal property and free and open to everyone.

Pitily right now there is no published scheduled list of presentations which are about to be given in the conference, but I guess the conference schedule would be out in a few days time.
I’m not yet sure if I’ll have the time and opportunity to attend the conference, however I do hope that somebody of my balkan readers will got interested into the “fabulous” Free Software event and will support the event’s initiative by visiting it 🙂

It’s quite common lately that I experience a deep Spiritual Sorrow. I googled around searching for answers but it seems like there is no answer. Today we the Christians celebrate “Transfiguration”. The Transfiguration of Jesus Christ on the Olive mountain and his meeting with the Old testament’s prophets. Lately I can’t pray much and I’m starting to loose faith which is pretty bad. I still hope God would do something to change that. Tomorrow I’m thinking to go to the Office in Varna, will see what will happen there.END—–