Fix KDE Plasma fails to load: “All shell packages missing. This is an installation issue, please contact your distribution” in Kubuntu Linux

I've been called yesterday by a friend who has referred me to a friend of him Zvezdomir from Gabrovo who had installation of Kubuntu Desktop Linux by some other colleague but then suddenly the colleague decided to leave the country thus the Kubuntu become completely unmanaged.
In the spirit of Murphy's laws soon after it broke and as the HDD was filled with a lot of important pictures data I received the call with a beseech to help him fix his existing broken Kubuntu installation on the relatively old IBM thinkpad notebook.
No problem,  I switched the role of a Linux Desktop user tech support  as it is part of daily job of every system admini to be on the hotline for computer medication and never say no to incoming requests 🙂

It seems the guy had messed up his Graphical Environment when as a Linux novice user decided to experiment with changing environments, he used to be using GNOME and then due to some issues with some of the Image Viewer eog – Eye of Gnome / Shotwell / Gpaint whose borders was not showing properly or something he decided to Switch to KDE Plasma. This was successful but as he continued to try out things on the Linux he broke it up badly so after the machine booted he was getting the error after boot of Xorg  Plasma was producing below error. 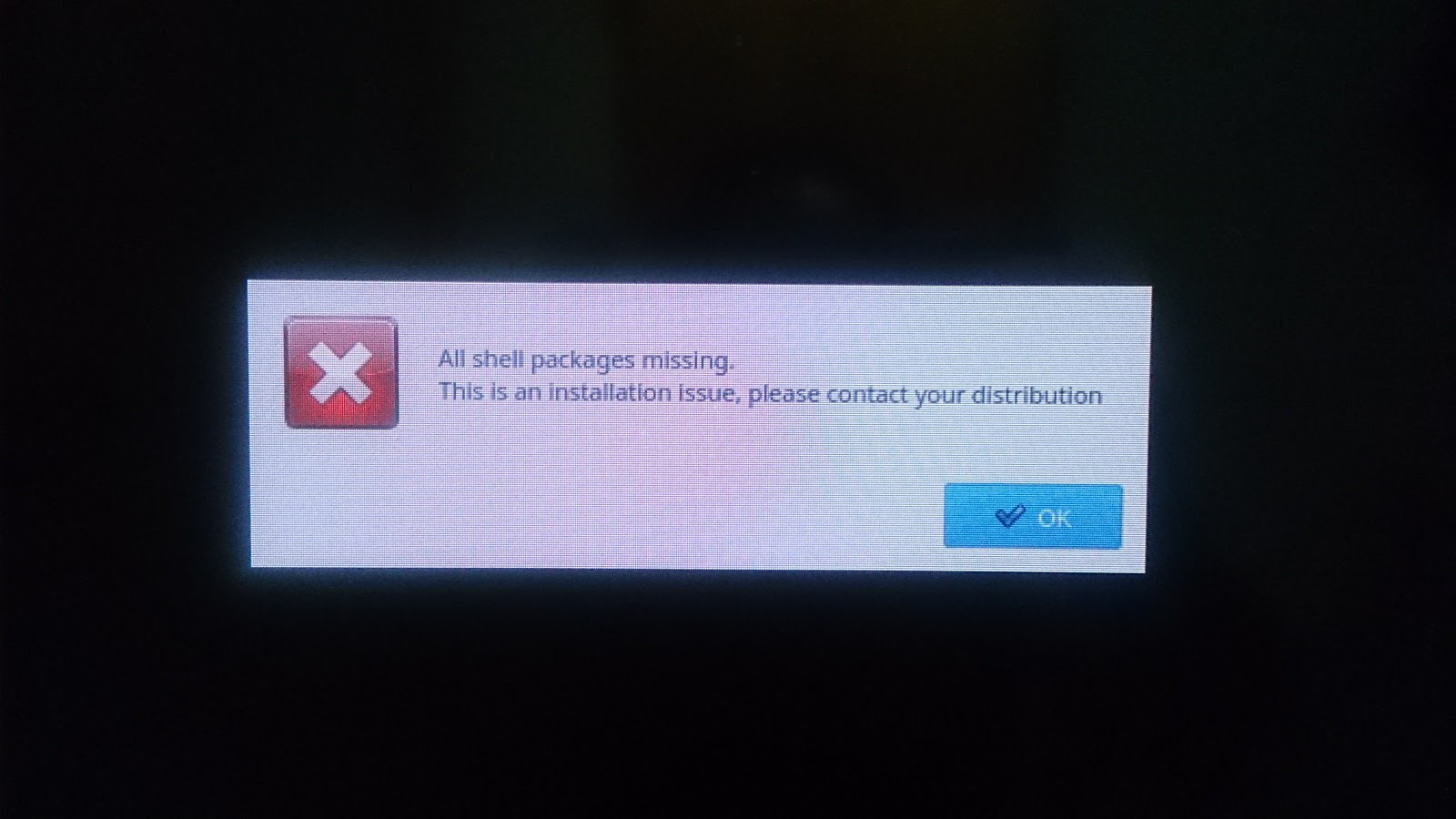 "All shell packages missing. This is an installation issue, please contact your distribution"


After spending about 30 minutes on the phone explaining him how to switch to Console as he had even no basic concepts about how to manage his Linux box, the problem was solved below are few steps taken to fix All shell packages missing issue

2.  Login with your user login name

Once the login: field appears I had to explain him about 10 times how he should type his non-privileged user as it is always the case with computer novice. I had to stress here he should press Enter after the username / login is typed …

3. If the machine is not connected to internet (this might be the case if errors are produced on below 4. 5. steps)

Assuming you're already superuser (root) and you have no internet because the Network Manager is unable to connect due to failure of KDE Plasma to start, in order to connect to lets say already configured WI-Fi home wireless router,
restart networking with

Since internet connectivity will be required in order to be able to install the missing packages and update the package repositories, next test whether internet is reachable.

N.B.! We had stumble blocks here too, as the Wi-Fi router seemed to be far away from the room where the PC was, after he moved to the other room where Signal was fine and re-issuing the service NetworkManager restart ping worked.

4. Next to get the latest list with available installable packages on the Ubuntu run the usual

On next boot Kubuntu's usual login screen should be as it used to be until you have broken your package system with tampering with the packages.

And Hooray ! It works again 🙂

By the way as I googled a bit to investigate futher, the problem seems to be common and the solution with a lot of fuzzling is given also pointed as an bug in Ubuntu's launchpad here 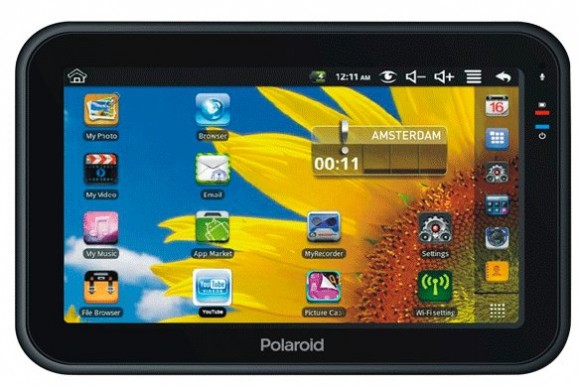 I’ve been given Android Polaroid Tablet which had only 5 clickable icons on main (touchscreen) display:

The shipped in standard applications for Listening Music, Watching Videos, Managing Photos and Browsing files / ( My Photo, My Video, My Music, File Browser) were missing.

Main problem was File Browser by default shipped with Anroid was missing, and if an USB Stick / Flash Drive is plugged in to the USB port, a message appears along with a sound indicating the USB Flash Drive is detected but there was no way to access the USB Flash drive data ….

The tablet is a second hand bought one and is not my own and it appeared like someone has messed up with it trying to change default Android Linux kernel with some “hacked” (custom compiled one?).

The exact Android version installed on it is 2.2, I checked navigating to: 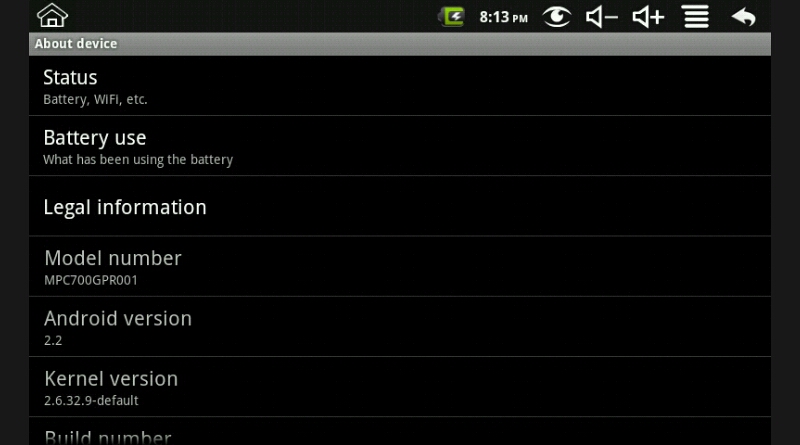 Onwards to fix the messed android I had to reset the device to its factory settings by navigating to: 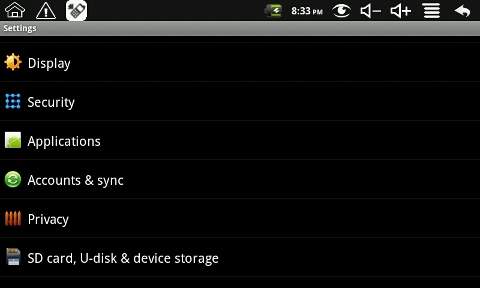 This formats the device and all installed programs and restores the kernel to its original version, so after few minutes of waiting all worked like a charm 🙂

The normal programs for viewing pics, listening music, File Explorer all come at place. Even both VFAT (Fat 32) and NTFS formatted USB drives file systems worked normally with the device. Before that I was puzzled because I suspected the USB Drive is not detected because the kernel is not supporting NTFS and I need to install something. I was wrong just this Factory data reset and NTFS USB bundled by default works as usual 🙂

Just about to go crazy

The weekend was disastrous. A lot of problems with Valueweb. Missing servers online, missing information about them hard times connecting with their technical support. Lack of information about what’s happening server outages. Using backups of sites changing DNS-es … this is a simple sample of what’s happening and continues to some degree with our servers. Valueweb are a really terrible choice for a Dedicated hosting. But we started with them before so much time it’s hard to change the provider easily. At least the mail server is working normally now. Thanks to God at least I’m provided with ernergy to work, think and fix things Intensively. As Usual PRAISE THE LORD ! :] Hope everything would be back to normal in a few days period. END—–