A proof Islam is false religion not pleasable to God? 717 people died during Hajj in Mecca on Greatest Muslim feast Kurban Bayrami 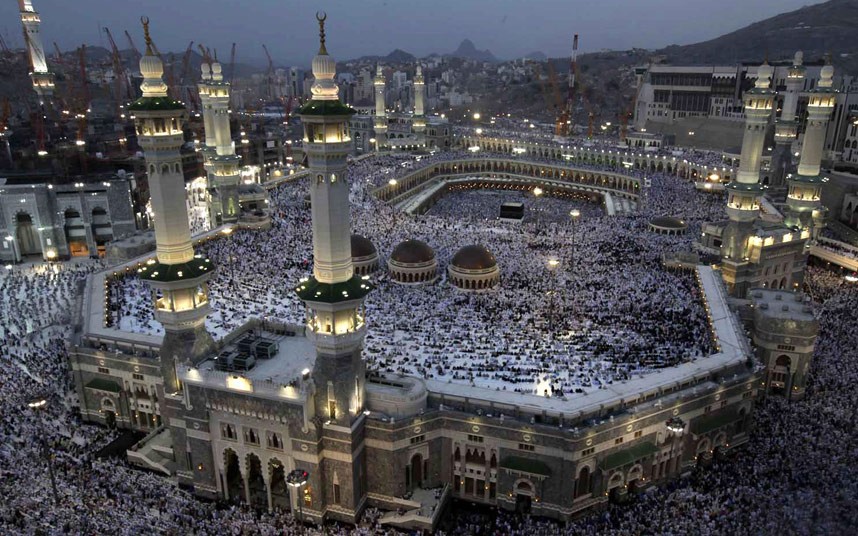 This year on 24 September, for one more time on the day of Greatest Muslim feast Eid-Al-Adha in turkey known as Kurban Bayrami (translated as Feast of Sacrifice) Saudi Arabia's Hajj (during the veneration of the greatest Muslim relic Kaaba (stone)  in Mecca (said to be the birth place of Muhammad), again at least  717 poor people were killed (crushed to death) and 863 injured during Hajj's common million muslim people's prayer gathering. |

Sadly Incidents like this for Muslim pilgrims are not news and they happen quite often sadly and if taken the statistics of death toll of pilgrims for the past years is shocking.

Here are some statistics on the latest 25 years of deaths of pilgrims on a Hajj travel or those who directly died in Mecca: 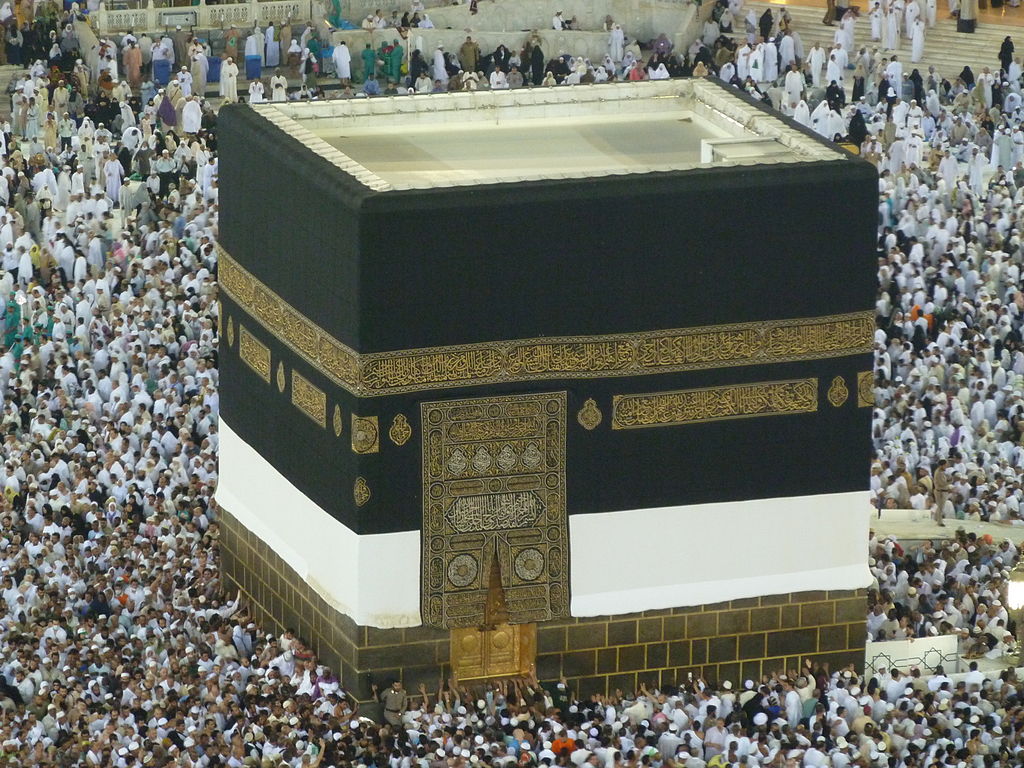 Some notable incidents during Hajj and Mecca pilgrimages in the last 25 years include:


The Kabba stone is the central pilgrimage place for muslims and accoriding to Islam faith it is a stone which came from heaven, there are pleny of legends and superstitious speculations regarding this stone circulating among muslims and it is hard to say which is really true, however what is sure is Hajj on Mecca has been practiced by muslims since the early days of Islam even to this very day.

From a Christian staind point going to venerate a stone is simply a venerating an idol (as a stone is a creation) and not the creator and is very different from us Christians venerating the icons, as we venerate not the icon itself but the image of personality depicted on it The Lord Jesus Christ (Christ meaning Messiah), The Most holy Theotokos Virgin Mary, John the Baptist the Angels, Archangels and Saints who immitated Christ's life and who reached immerse holines even in this life being able to perform miracles. 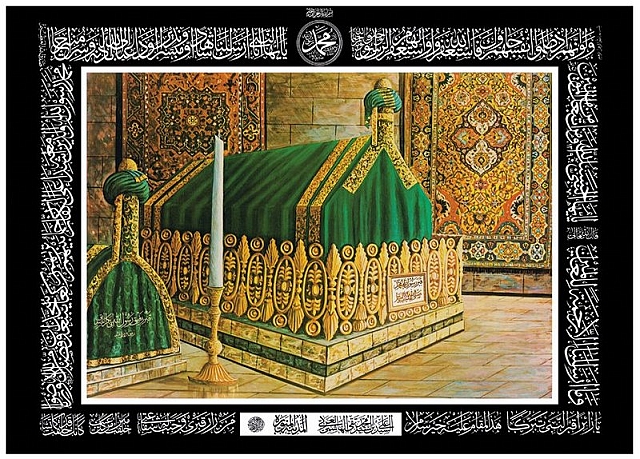 One really strange thing which I guess no muslim could answer is why if Muhammad was the greatest and last prophet of Allah, he did not perform any miracles in lifetime or after death. Another thing is the veneration of the grave of Muhammad (At the Green Dome) practiced in Islam that is a really strange thing and contradicts the laws of the Qu'ran instructing not to venerate anything except Ala.

I would say the main proof against Islam as being the right faith in God is the fact Muhammad died like every normal person. The greatest venerated prophet for 1.5 billion muslims more venerated even than the Isa's Allah messanger (Isa is Jesus's name in Qu'ran) died like every normal person with a peaceful death without any super-natural indication he was a prophet after his death.

In Christianity we believe in the Lord Jesus Christ as the son of God (The Father the Son and the Holy Spirit) which we call The Holy Trinity (a undividable unity between the 3 hyposthasis.
The proof for us Christians that Jesus Christ is the Son of God and Savior of Mankind is the empty Tomb (Grave of Christ), because JESUS HAS RISEN AND WITH BODY IN HEAVEN!

It is interesting that these bright days for muslims often end up with immerse sorrow for some families which loose beloved husbands in accidents like this.

Interestingly on Christian Easter feast be it Roman Catholic or Eastern Orthodox there is no records of tragic incidents.
Even it can be considered a miracle that on Eastern feasts in Jerusalem's Church of Resurrection where the Lord Jesus Christ has been risen (resurrected) from the dead there are no crushing incidents even though the big crowds, neither there are any burned people even though the whole Holy Sepulchure (Resurrection) church is filled with people holding lighted up candles with the every year reoccuring of Miracle Holy Fire.

The lack of incidents on The day of the Resurrection of the Lord Jesus Christ (Eastern) in my humble opionion is a clear sign that this feast is a pleasing God.

Muslims believe and claim that it is the greatest joy of all to die for (God) Allah and those incidents are sent blessing from Allah for those who died in those incidents and in a sense dying for God is a blessing if you die for God's sake as a martyr while testifying faith in God but being killed while you're on a way to venerate God seems a bit illogical to me.
I have red the Holy Bible Old Testament as well as the Qu'ran sometimes ago two books which more or less are being regarded by muslims and in none of them I found not a story of someone on the way to pilgrim God or who have promised to pilgrim God who have been killed, so I guess this kind of thinking is an invention of Mullam / Imams who try to justify the event and make it look beneficial for islaam, a justification which I believe most of people looking for truth and non muslims would never justity. 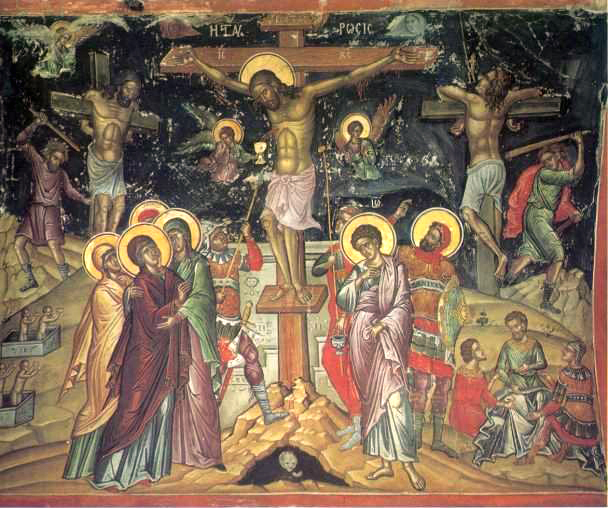 From a my view point the crushment of people during a pilgrimage is a clear sign God's Grace and Holy Angels doesn't guard the place but the devil is let to often kill those poor people because of the rejection of muslims of the true Light the Lord Jesus Christ as a true Son of God and a saviour of the Lord who came to give his holy life on the cross not only for Christians who believed in him but for all People from all religions in the world from all ages including the direct descending from Muhammad (as I heard from some Kurdish muslim people) Muslim.

I pray our Lord Jesus Christ to have mercy on the  souls of all this Mecca pilgrimages who died yesterday and the in the past accidents through the years and to have mercy and open the spiirtual eyes of Muslim around the world and enlighten them with the truthful word of the Holy Gospel.