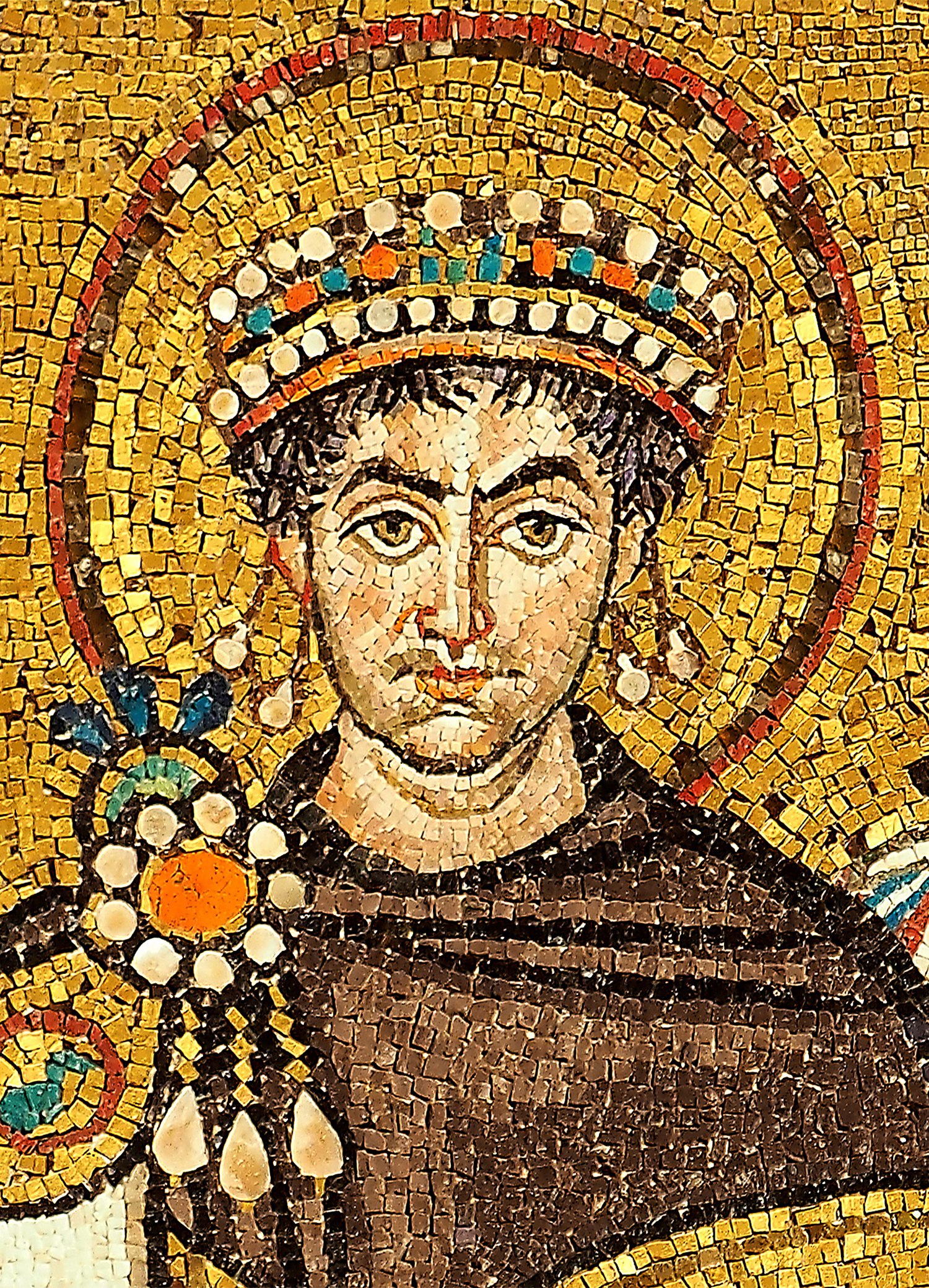 Saint Justinian, emperor of Byzantium, was a Slav by geneology.

He was born in the village of Vedryani near the town of Sredets (today city of Sofia) in Bulgaria. His uncle Justin, born in the same village, went on foot to Constantinople, carrying nothing with him but a leather garment.

Here, thanks to his natural gifts, he quickly rose to the top, and then even became emperor. He brought to Constantinople his wife Lupkina and her sister Beglenitsa, Upravda's mother.
After the death of Justin Upravda occupied the Byzantine imperial throne under the name of Justinian. A note to make her is Upravda is an ancient Bulgarian name.

Emperor Justinian is known in history for his successful wars against the enemies of the Byzantine Empire and also for issuing the complete collection of Roman laws.

But in addition, he became famous for his services to the Christian Church and Orthodoxy.

He took great care of the spread of Christianity and the eradication of paganism.

He closed the pagan schools in Athens and ordered the sciences to be taught by monks.

He persecuted paganism most in the capital of his kingdom, Byzantium, and also in Asia Minor.
In order to convert the pagans to Christ, Justinian sent Bishop John of Ephesus to Asia Minor, who baptized about 70 thousand pagans !, and the emperor built more than 90 churches for the newly converted. 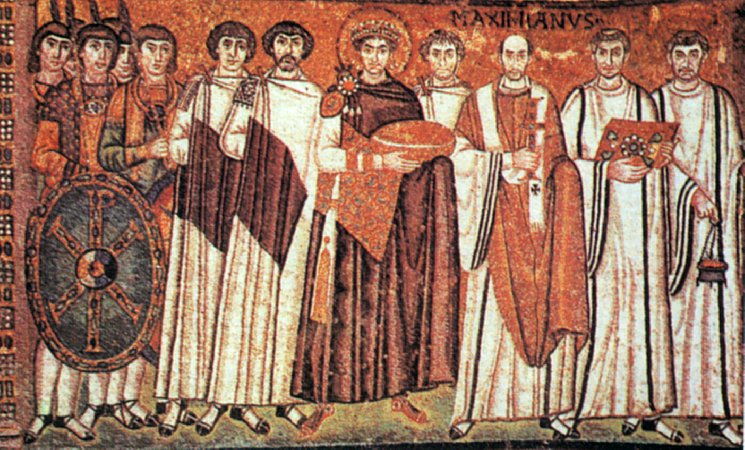 Along with the spread of Christianity, the pious Justinian advocated for the purity of the Orthodox faith.

During his reign, the Orthodox Church continued to be disturbed by the Nestorians, who taught the heresy that Christ was not a God-man and that the Divinity only dwelt in Him as in an ordinary man.

But more than the Nestorians, the Monophysites shaked the Church, who taught other terrible heresy, telling that in Jesus Christ the Divine nature absorbed the human.

Against these arbitrary inventions of human reason, the pious king composed the song: 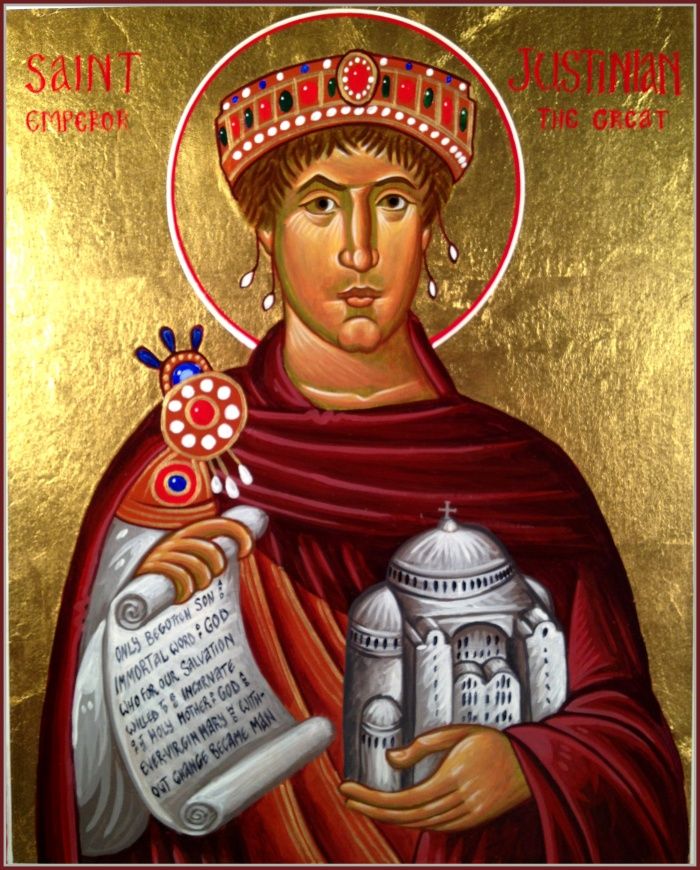 "Only-begotten Son and Words of God", which he ordered to be sung at the Divine Liturgy Service.
A liturgy song, that is being sung in every Holy Liturgy in the Church even today !

Through his efforts, in year 553 A.D., the Fifth Ecumenical Council was convened to condemn the Nestorian thoughts in the writings of Theodore of Mopsuestia, Theodoret of Cyrrhus and Iva of Edessus to end the dissensions in the Church. 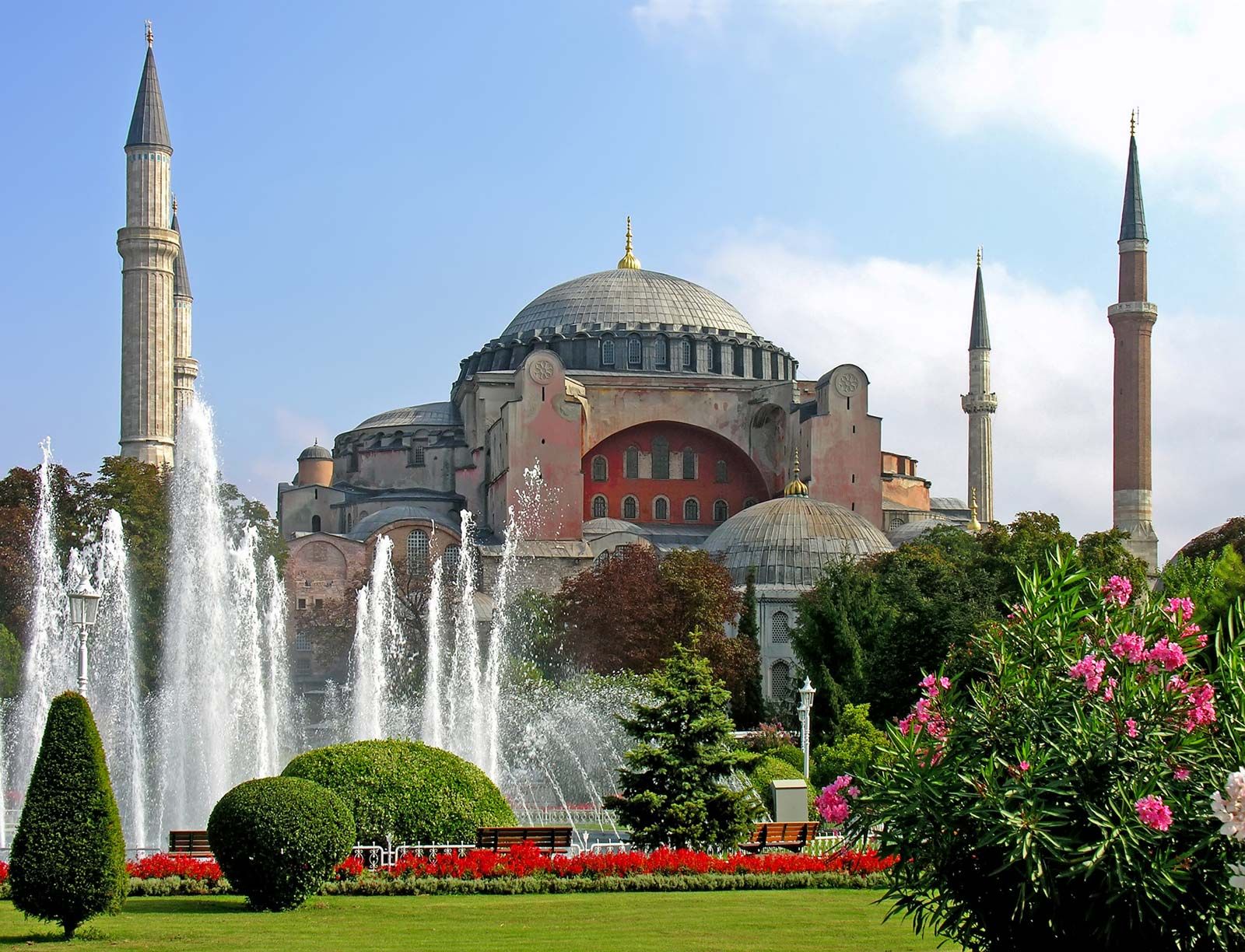 As a zealot of Orthodoxy and piety, Justinian was very concerned about the worship in the Orthodox Church and the beauty of the temples as places of worship.

In his code of laws, he included, among other things, a law on the mandatory universal celebration of the feasts of the Nativity of Christ, the Baptism of the Lord and the Resurrection, the Annunciation of the Blessed Virgin Mary and others.

In addition, he built many beautiful temples to the glory of the Blessed Virgin Mary (Theotokos), the apostles and other saints. His most famous work is considered to be the church temple of Saint Sophia, God's Wisdom, in Constantinople.

Erected by the Equal-to-the-Apostles King Constantine, during a rebellion during the time of King Justinian, this temple was burned down.
The pious king gathered the best builders, spared no expense in gold and money, and built a temple, wondrous throughout the ages for its grandeur and beauty.

Always devout, he spent Lent in strict abstinence and prayer, did not taste bread, but contented himself only with vegetables and water, and that he made every other day or two.

Thus, living in purity and piety, he reigned for 39 years and died peacefully in the Lord.

Because of his services to the Church and because of his piety, after his death he was canonized as a saint.
Together with him, his wife, Queen Theodora, who was a sinner at first, but later repented and spent the rest of her life in purity and piety, was included in the list of saints.

© Lives of the saints, translated into Bulgarian from the Church Slavonic text of Cheti-minei ("Chety-Minei") of Saint Demetrius of Rostov (with minor modifications from the publisher e.g.me hip0

P.S. The modern historians are disputing the saintship of Saint Justinian, however for the Bulgarian Orthodox Church for a long time he has been considering a saint for his great endeavor for Christianity and his zealous work for enlightnment of the empire and the nations in the then known world.

The meaning of life – Thoughts of a life meaning seeker 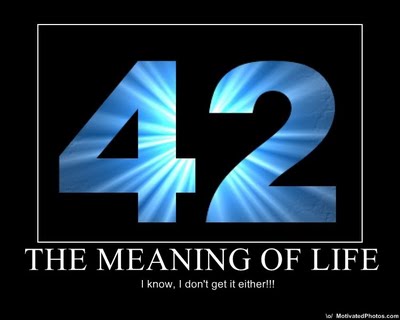 Probably a lot of people like me search the exact meaning of life. I still can’t get it I really have no idea. I’m not happy with my life I’m honest. I want a better life I want fulfilment of what my mission here on earth is ( if there is … ofcourse ). At least I’m a happy person I know i have to dig in “God”, he may set my path and explain me. Probably he is explaining me everyday the bad think is I’m a bad listener, and since God is a spirit you know it’s hard to communicate with spirits.Hope something nice will happen in my life and it will clean my past. God I really need to know you in fulness .. I have to be cleansed by your word Oh Lord. It’s the 5th day since I haven’t smoked cigarettes and I think more and more about cigarettes, nomatter it is best to stop since I’m destroying the temple of God with the smoke. The day started normally we went to the chineese restaurant with Nomen and Plamen, ate spaghetti, talked about a lot of non-sense. Luckily today we had a free day from the college. In the morning I watched a film called “The Secret”, after that I worked on the servers for some time (moved some sites into newly setupped jailkit ). I’m deviated in later times a part of me says live your life full time as a hardcore metal fan other part of me says live in purity (it’s really terrible), a part of me wants the happiness of my previous mindless life baning heads pogo .. you know all the stuff, the other part of me concentretes on compassion and love.I hope the seed in me while receiving the Gospel was good planted and will give it’s fruits or …Time will show. I have a task for the College to make but the last days I’m terribly lazy, we had to make a nice presentation, selecting a topic from 9 topics the presentation should be connected with business economics in general. Right now I’m listening to the good old Metallica .. Metallica really rocks :]END—–