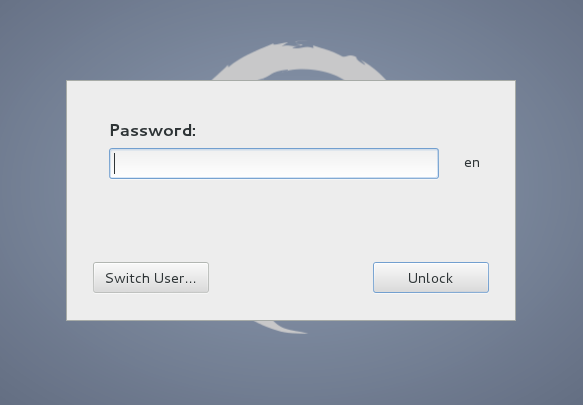 Locking the PC while going for a coffee break, Lunch or toilet is longly used to secure physically your PC display from spying eyes or prevent you from  someone to install a spying software or leak private data from PC HDD to an USB drive.
People who are coming from the wonderful MS Windows OS   are certainly used to quick shortcut key combination to lock PC screen with:

So how to do Lock Screen on Linux?

On Linux locking your Screen the Quick Shortcut is:


Locking the screen is done (depending on the Linux distribution) by using by either using historically famous XScreenSaver if non-gnome / KDE graphical environemnt is used or if in Linux Gnome GUI with  gnome-screensaver and on KDE desktop manager with kscreenlocker.


On KDE to manually lock screen command is:

Nomatter whether with GNOME or KDE its worthy mention that xscreensaver is more Screensaver rich than kscreenlocker and gnome-screensaver as it includes about 200 different Screensavers making screen nice to watch when you come back from a lunch.

For M$ Windows users its always handy to have remote access to your home PC or notebook via Remote Desktop (RDP) protocol.

However in GNU / Linux, there is no native implementation of RDP protocol. So if you're using Linux as your Desktop like me you will probably want to be able to access the Linux system remotely not only via terminal with SSH using (Putty) or MobaXTerm all in one tabbed Windows terminal program but also be able to use your Linux GNOME / KDE Graphical environment from anywhere on the Internet.

This will make you ponder – Is it possible to access Linux Desktop via proprietary RDP protocol and if not how you can achieve remote GUI access to Linux?

Most people should already know of Linux ability to start multiple Xserver sessions remotely which is the native way to access between two Linux hosts or access remotely Linux from other Linux UNIX like OS. It is also possible to use xinit / startx / xhost commands to establish remotely connection to new or running Linux (Xorg) Xserver by using them in combination with XMing – XServer for Windows running on the Windows host and Debian package (x11-xserver-utils) – providing xhost cmd, however this method is a bit complicated and not so convenient.

I used to be using this method XMing (whose mirror is here), earlier in my university years to use remotely my Debian Linux from  Windows 98 and this works perfectly fine.

in order to be able to access your desk from any friend or computer club in the world using standard available in MS Windows Remote Desktop client (mstsc.exe).
There is also another alternative way by using Windows Desktop sharing RDP experimental server xrdp:

apt-cache show xrdp |grep -i descr -A 3
Description: Remote Desktop Protocol (RDP) server
Based on research work by the rdesktop project, xrdp uses the Remote
Desktop Protocol to present a graphical login to a remote client.
xrdp can connect to a VNC server or another RDP server.

To make your Linux host accessible via RDP:


It is possible to access remote Linux host using xrdp RDP server, but this will only work in older releases of mstsc.exe (Windows XP / Vista / 2003) and will not work on Windows 7 / 8, because in MS Windows 7 and onwards RDP proto version has changed and the client no longer has compatability with older mstsc releases. There is a work around for this for anyone who stubbornly want to use RDP protocol to access Linux host. If you want to connect to xrdp from Windows 7 you have to copy the old RDP client (mstsc.exe and mstscax.dll) from a WinXP install to the Windows 7 box and run it independently, from the default installed ones, anyways this method is time consuming and not really worthy …

Taking above in consideration, for me personally best way to access Linux host from Windows and Mac is to use simply the good old VNC protocol with TightVNC.

To use tightvnc to access remote Debian / Ubuntu – deb based Linux screen, tightvncserver package has to be installed:

apt-cache show tightvncserver|grep -i desc -A 7
Description-en: virtual network computing server software
VNC stands for Virtual Network Computing. It is, in essence, a remote
display system which allows you to view a computing `desktop' environment
not only on the machine where it is running, but from anywhere on the
Internet and from a wide variety of machine architectures.
.
This package provides a server to which X clients can connect and the
server generates a display that can be viewed with a vncviewer.
—


TightVNCserver package is also available in default repositories of Fedora / CentOS / RHEL and most other RPM based distros, to install there:


Once it is installed to make tightvncserver running you have to start it (preferrably with non-root user), usually this is the user with which you're using the system: 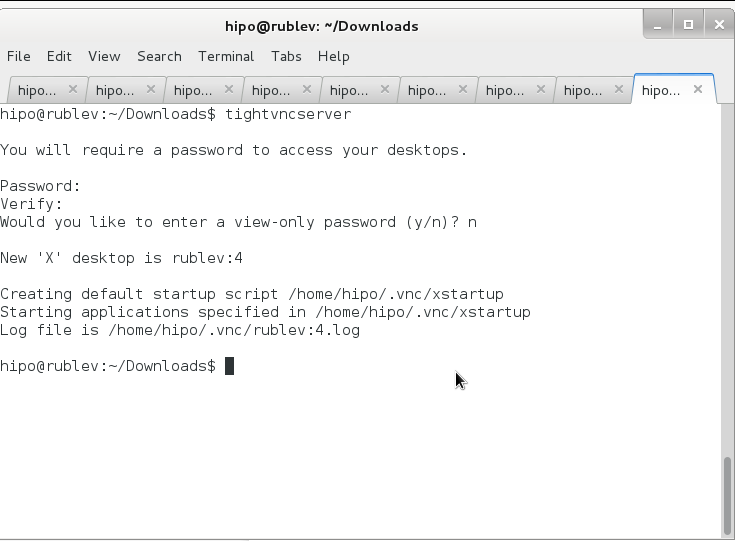 note that you need to download TightVNC Java Viewer JAR in ZIP archive – don't install 32 / 64 bit installer for Windows, as this will install and setup TightVNCServer on your Windows – and you probably don't want that (and – yes you will need to have Oracle Java VM installed) … 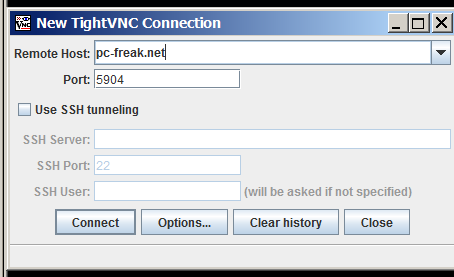 Once unzipped run tightvnc-jviewer.jar and type in the IP address of remote Linux host and screen, where TightVNC is listening, as you can see in prior screenshot my screen is :4, because I run tightvnc to listen for connections in multiple X sessions. once you're connected you will be prompted for password, asker earlier when you run  tightvncserver cmd on Linux host.

If you have troubles with connection, on Linux host check the exact port on which TightVncServer is running:

Then to check, whether the machine you're trying to connect from doesn't have firewall rules preventing the connection use (telnet) – if installed on the Windows host: 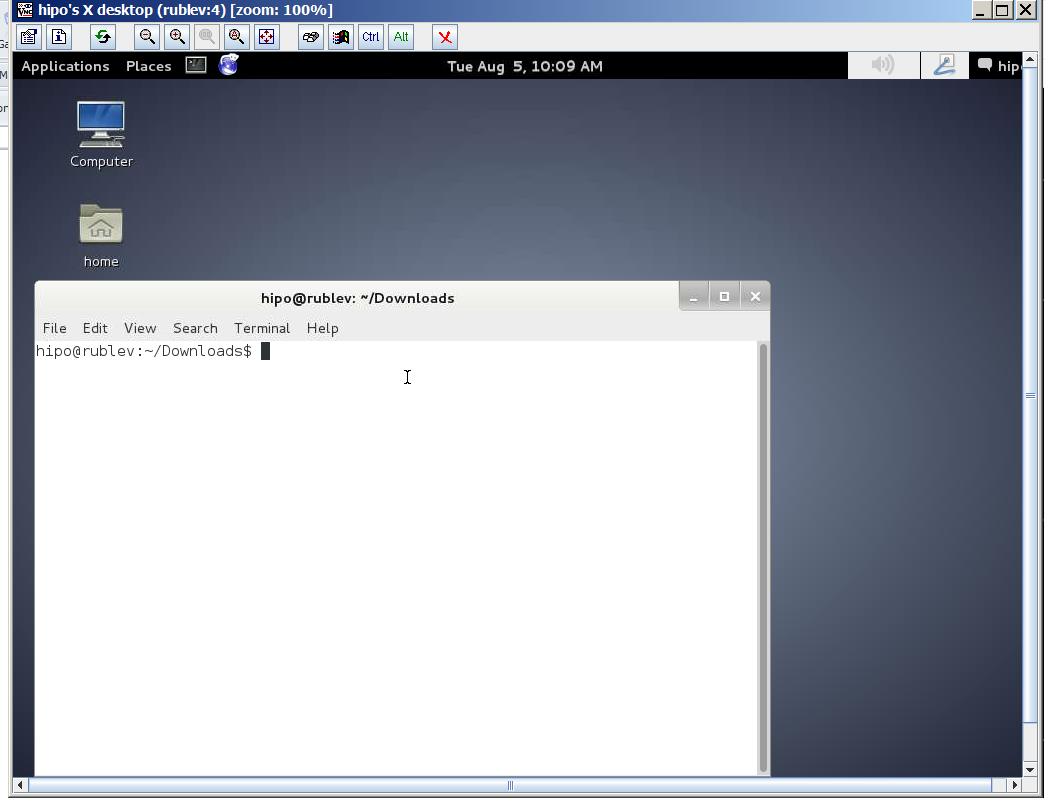 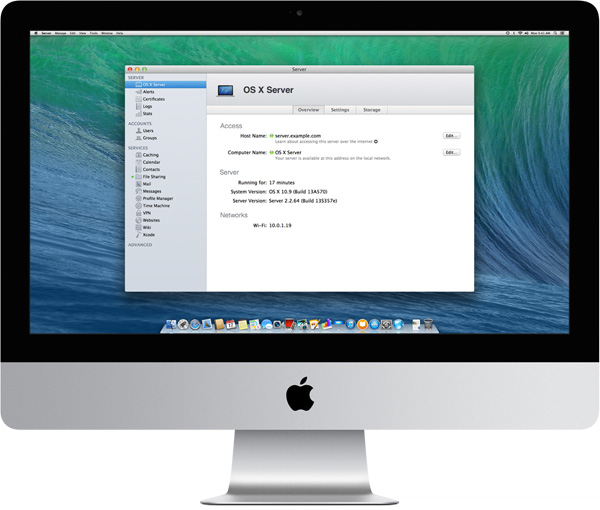 You might be stunned to find out Mac OS X has a server variant called Mac OS X server. For the usual admin having to administer a Mac OS X based server is something rarely to do, however it might happen some day, and besides that nowadays Mac OS X has about 10% percentage share of PC desktop and laptops used on the Internet (data collected from w3cschools log files). Thus cause it is among popular OSes, it very possible sooner or later as a sysadmin you will have to troubleshoot issues on at least Mac OS X notebook. Mac has plenty of instruments to debug OS issues as it is UNIX (BSD) based.

To start Activity Monitor open Finder and launch it via:

As a Linux guy, I like to use command line and there Mac OS X is equipped with a good arsenal of tools to check CPU load and Memory. Mac OS X comes with sar – (system activity reporter), top (process monitor) and vm_stat (virtual memory statistics) command – these ones are equivalent of Linux's sar (from sysstats package), top and Linux vmstat (report virtual memory statistics).

To check Load from Mac OS command line use:

That gathers 10 sets of metrics at 10 second intervals. You can then extract useful information from the output file (even while it's still running), this will get you cpu load on Mac OS system spitting stats every 10 seconds.


To show inactive memory in Gigabytes every 10 seconds
​

It is also possible to get memory statistics on Mac PC running top in non-interactive mode and grepping it from output:

4. Quick command to get Kernel / how many CPUs, available memory and load avarage on Mac OS X

From y. 2003 onwards of Mac OS have hostinfo – (host information) command, providing admin with quick way to get System Info on Mac OS

$ system_profiler Here is a link to output file generated by system_prifler

I’m gonna do a fast walk through on installing and enabling mod_qos on Debian, original article is available in Bulgarian on mpetrov’s blog .
So let’s go…
1. Install required development files and tools to be able to proper compile:

3. Unarchive (Untar) the mod_qos archive and compile the module

You can see from the compile output module is installed to; usr/lib/apache2/modules

5. All left is to load the mod_qos module into Apache and restart the webserver

Congratulations, Now slowloris and many other Apache DoS techniques won’t bother you anymore!

A quick way to change picture background with the Gimp

I wanted to change the background of a picture of a Russian Orthodox Cross Iâ€™ve downloaded from the net. After some time spend experimenting and reading a couple of articles online I did it :).
Here is how:
1. Open an Image in Gimp through the File -> Open as Layers menu.2. Use Fuzzy Select tool to select regions based on color of the image you'd like to change the background.3. Open a new File in Gimp via New -> File menus.4. Select again the window containing the image you selected with the Fuzzy Tool and press Ctrl+X.5. Now go again to the newly opened picture and use the: Bucket Fill Tool with some selected color to select thenew background for the future image.6. Now after having a background color already selected use Ctrl+V to paste your previous selectionWell congrats, you should now be having the good old image on a shiny new background.ENDâ€”â€“