If you have to tune some weirdly behaviour Microsoft IIS (Internet Information Services) webserver, the first thing to do is to collect information about the system you're dealing with – get version of installed Windows and check what kind of IIS version is running on the Windows server?

To get the version of installed Windows on the system you just logged in, the quickest way I use is: 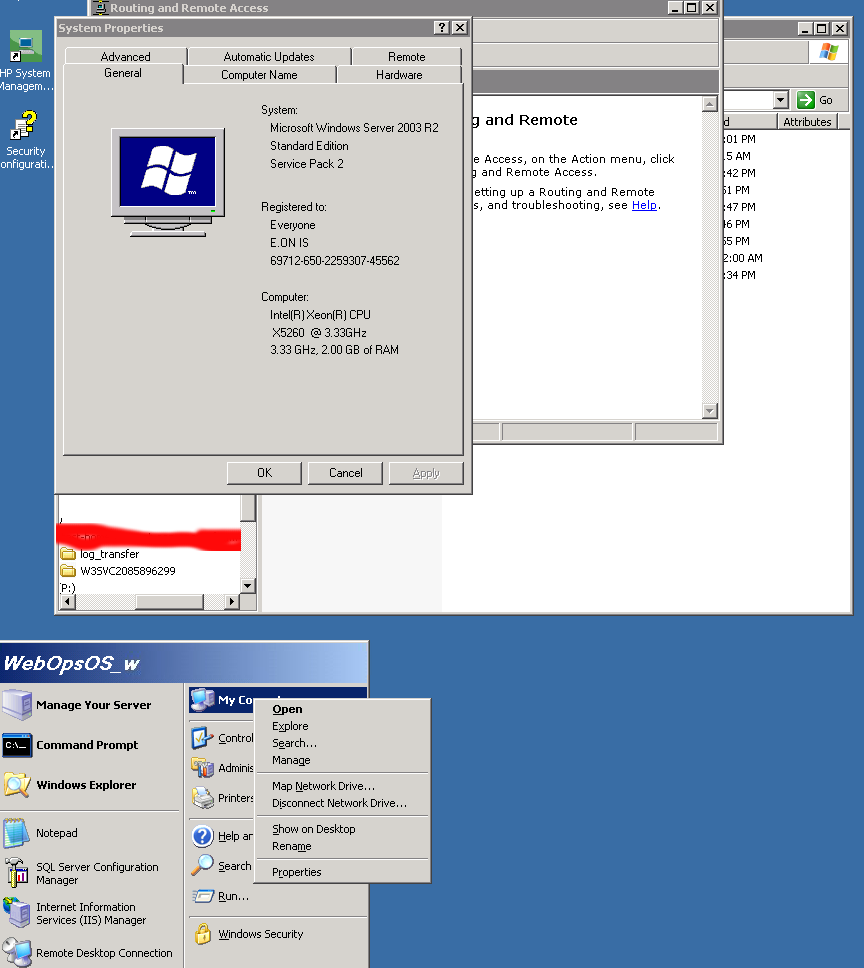 Run regedit from cmd.exe and go and check value of registry value: 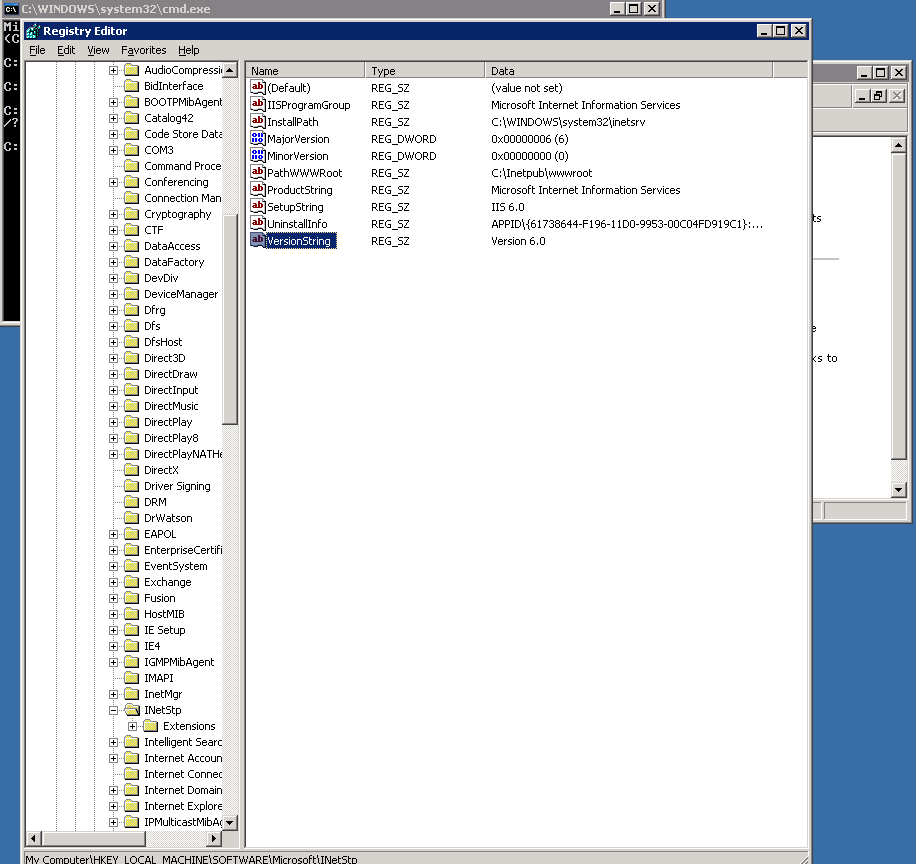 As you can see in screenshot in this particular case it is IIS version 6.0.

An alternative way to check the IIS version in some cases (if IIS version return is not disabled) is to telnet to webserver:


Also on some Windows versions it is possible to check IIS webserver version from Internet Information Services Management Cosnole:

From IIS Manager go to:


Here is a list with most common IIS version output you will get depending on the version of Windows server:

If you have only an upload FTP access to a Folder served by IIS Webserver – i.e. no access to the Win server running IIS, you can also grasp the IIS version with following .ASP code:


Save the file as anyfile.asp somewhere in IIS docroot and invoke it in browser.

Does a few seconds delay until my configured qmail greeting shows up. This is not a a deadly problem, but the delay itself might have a negative influence and make the host look like a spammer host to someone, hence I took few seconds to find a way to reduce this SMTP port connection delay.

The mail server responds on port 25, using qmail-smtpd so it was logical delay is caused somewhere by /service/qmail-smtpd/run (which actually links to /var/qmail/supervise/qmail-smtpd/run).

I did a quick review of /var/qmail/supervise/qmail-smtpd/run and found two lines that possibly create unnecessery delay, cause on each and every Port 25 connection request from repote SMTP server /usr/bin/head and /usr/bin/which are executed.
Here are two lines in /service/qmail-smtpd/run, I refer to:

The script was smartly written as planned to run on multiple Linux distributions. However since QmailRocks Thibs guide and my particular case needs to run on Debian Linux I think this is totally waste of system CPU time.

Therefore I substituted above two lines with:

I checked in /var/qmail/control/me I have only my primary mail server host defined, cause otherwise this changed could pose random mail server errors:

If you don’t want to temper manually edit the script the quickest way is to overwrite old script with changed one, i.e.:

To test connection time delay afterwards, you can use:

Well still there is a connection delay – it is not so quick as smtp.gmail.com, but now connection response delay is better. For sake of comparison here is same test with Google’s SMTP:

BTW a bit of time delay sometimes, can have a positive impact against spammers, as it can reduce a bit the amount of spammer mail servers connecting to the host. So i’m not sure if being 4 times slower in connection than Gmail is necessery bad 🙂

Lately, I’m basicly using htop‘s nice colourful advanced Linux top command frontend in almost every server I manage, therefore I’ve almost abondoned top usage these days and in that reason I wanted to have htop installed on few of the OpenVZ CentOS 5.5 Linux servers at work.

I looked online but unfortunately I couldn’t find any rpm pre-built binary packages. The source rpm package I tried to build from dag wieers repository failed as well, so finally I went further and decided to install htop from source

That’s all folks! , now my OpenVZ CentOS server is equipped with the nifty htop tool 😉