I haven't blogged for a while for a plenty of reasons, I'm going through a change period in my life and as any change it is not easy.
This post will be not informative and will not teach any of my dear readers, anything on Computers its pretty personal but still for my friends it might cause interest.
Here is my personal life story over the last few months …

For a while I worked in a International University College situated in my hometown Dobrich. I was hired on position of IT Manager, and actually was doing a bit of E-Marketing to try to boost traffic to College's website – www.vumk.eu and mostly helping the old school hacker ad college system administrator over the last 10 yrs – Ertan to fix a bunch of Linux Mail / SQL and Webservers and some Windows machines. In college I learned from Ertan how to install and backups of restaurants software called BARBEQUE as well as how to fix problems with billing terminals situated in College Restaurant (3rd floor of building). Other of my work time I had to  fix infested Windows computers with viruses re-install Windowses and fix various printing and network problems of College's teachers, accountants, cash desk, marketing and rest of college  employees.

Talking about Ertan I should express my sincere tremendous Thanks (Thanks Ertan) to it for recommending me for this job position. Right before I started work in the college I was jobless for a while starting to get desperate that its impossible find work. Current IUC sysadmin – Mr. Ertan Geldiev is a remarkable man and one of the people that made great impression in my mind. Something I found interesting I can learn from Ertan was to get from his cheerful "admin" attitude. As a true hacker Ertan had this hacker attitude of playfulness I myself has for a while lost over the years. So seeing someone like this near my life make me a good favor and had a positive influence on myself.

I have learned a lot from Ertan during the 3 months and 3 days in International University College. Just for a bit of historic information earlier IUC was known as International College – Albena, also among Dobrich citizens known as The Dutch College – as earlier IUC had good relations with Dutch Universities and was issuing double degrees both Bulgarian and Dutch. Nowadays I'm not sure if still Double-degrees partnership between IUC and Dutch Universities exist, what I know for sure is college is issuing European Double Degrees in partnership with Cardiff Metropolitan University. I myself have earlier studied in the college and already know the place well thus will use this post to say a few words on my impressions on it … 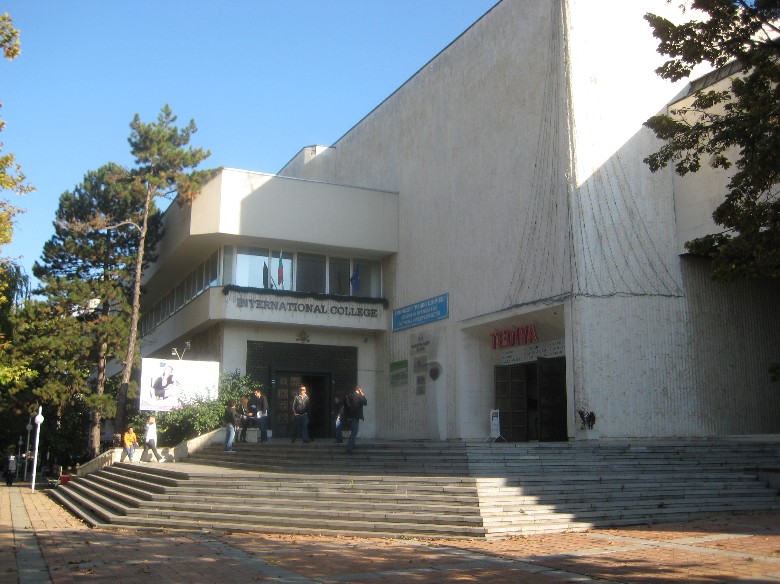 The college is a great place to be as you have chance to meet plenty of people both lecturers (professors), participate in the various events organized by College's as well as get involved in the many European Projects which are being handled by a European Projects department special department situated on the back of the College Building. Other positive about College is it is small and located on a peaceful town of Dobrich. This gives the bright people a lot of space for personal development, anyways on the other hand it can make you also a bad as Dobrich as a small city is a bit boring. The studies in College are good for students who want personal freedom as there is not too strict requirements for professors on how to teach.

Though college had help me grow, especially in my knowledge in Windows 7 and 8 (Ertan had a really good Windows background), I couldn't have the chance to develop myself too further in the long term. So my job offer to work in HP as Web and Middleware Implementation Engineer opened much broader opportunities for my long term IT career. Other reason I quit the College IT job was simply because I needed more money I had the vision to make a family with a girl from Belarus – Svetlana and in order to take care for her I need to earn good money. My official salary in the college was the funny for the position – 640 lv (though after a few months I was promised to have a raise and earn 400 EUR :)) . Such low sallary was for the reason I had the idea to continue studying in College and complete my Bachelor Business degree and we had agreed with the College CEO Mr. Todor Radev to extract part of my salary monthly and with that to pay my 1 semester tuition fee (2200 EUR) – necessary for my graduation assignment. Though completing the Bachelor is important phase to close in my life for a long time, I found for the moment more valuable to work for HP and earn normal living salary with which to possibly finance myself and create family with woman of my life (hopefully) in the short term.

In this post I want express my sincere thanks to all people in International College (Elena Urchenko, Krasimir – for helping me in my job duties), Pavel and Silvia for being a colleague for a while I worked partly in the Marketing Department.

Talking about Marketing Department what I did there is some Twitter Marketing (building some twitter followers) and wrote a tiny document with recommendation on how to optimize College website – vumk.eu (future version) – for better SEO ranking. This included complete analysis from user outlook to Indexing bots and site current code. 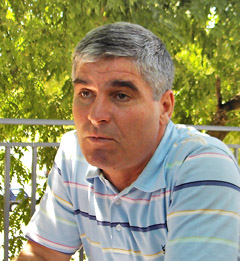 I have to do a big underline on how great person the College President and UNI Rector – Docent Todor Radev is. I have already bitter experience studying for a while in a government universities when younger and I know from experience usually Rectors and Universities management of state universities is pure "Hell". Thanks to Mr. Todor Radev for he did me a big favor letting me quit  job just a week later (instead of 1 month as it is officially set by Bulgarian Dismissal Law and explicitly stated in my Work Contract. Also as a person my experience from Docent Radev is wonderful too. He is extremely intelligent, brilliant gentleman and  most importantly open minded and always open for innovation.

As a close up I would like to say Big Thanks to everyone which I worked with or met in International University College! Thanks guys for all your support and help, thanks for being work mates and friends for the time.

Have you ever wondered, if there is a free (open source) software that could fix Windows XP registry irregularities e.g. (obsolete or unwanted items that build up in the registry over time.)?

I did not either until now, however when I had to fix, few Windows XP computers which was not maintained for a long time fixing the Windows registry was necessery to make the sluggerish computers improve their overall stability and performance.

The reasons of the slowness in computers who run for a long time by users who does not have a "computer culture" are obvious.
Windows programs which has incorrectly placed registry records withint the Windows registry database, Programs which on Uninstall / Removal left behind a lot of registry records just to hang around because of impotent (coders), or records created on purpose on program uninstall to intentionally further track the user behavior etc.
Other reasons why Windows registry gots bloated with time, are due to Malware or polymorphic Viruses which load them selves everytime on Windows load using some obscure registry records.

Though I'm not a big proprietary software lover still my job as a system administrator , enforces me to fix some broken Windowses.
I haven't fixed Windows machines for a long time, so my memories on programs that clean up registry are from my young years.

The software, I've used before to fix Windows 2000 / XP Registry was:

From my current perspective of a free software hobbyist / evangelist it was important for me to clean up the Windows PCs with a program that is Free or Open Source Software.
When I'm asked to fix some Windows computer I always do my best to make most of the programs that roll on the PC to be FOSS.

Using FOSS instead of downloading from torrents, some cracked software has multiple benefits.

1. Usually Free Software is more stable and more robust2. FOSS software for Windows usually does not come with Malware / Spyware as many of the cracked proprietary software

3. Free and Open Source Programs are simplistic in interface and way of use

A bit of research if there is a Free (Open Source) Software immediately lead me to a program called Little Registry Cleaner
You can see a screenshot of the program in the beginning of the article, the program is very easy to install and use and uses some .NET framework classes so right before installing it installs .NET library (code).

The use results of Little Registry Cleaner were amazing. Even though it is a free software the program found and fixed more registry problems than its competitor Windows Registry Booster! 😉