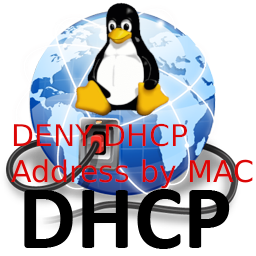 I have not blogged for a long time due to being on a few weeks vacation and being in home with a small cute baby. However as a hardcore and a bit of dumb System administrator, I have spend some of my vacation and   worked on bringing up the the www.pc-freak.net and the other Websites hosted as a high availvailability ones living on a 2 Webservers running on a Master to Master MySQL Replication backend database, this is oll hosted on  servers, set to run as a round robin DNS hosts on 2 servers one old Lenove ThinkCentre Edge71 as well as a brand new real Lenovo server Lenovo ThinkServer SD350 with 24 CPUs and a 32 GB of RAM.
To assure Internet Connectivity is having a good degree of connectivity and ensure websites hosted on both machines is not going to die if one of the 2 pair configured Fiber Optics Internet Providers Bergon.NET has some Issues, I've rented another Internet Provider Line is set bought from the VIVACOM Mobile Fiber Internet provider – that is a 1 Gigabit Fiber Optics Line.
Next to that to guarantee there is no Database, Webserver, MailServer, Memcached and other running services did not hit downtimes due to Electricity power outage, two Powerful Uninterruptable Power Supplies (UPS)  FPS Fortron devices are connected to the servers each of which that could keep the machine and the connected switches and Servers for up to 1 Hour.

The machines are configured to use dhcpd to distributed IP addresses and the Main Node is set to distribute IPs, however as there is a local LAN network with more of a personal Work PCs, Wireless Devices and Testing Computers and few Virtual machines in the Network and the IPs are being distributed in a consequential manner via a ISC DHCP server.

As always to make everything work properly hence, I had again some a bit weird non-standard requirement to make some of the computers within the Network with Static IP addresses and the others to have their IPs received via the DHCP (Dynamic Host Configuration Protocol) and add some filter for some of the Machine MAC Addresses which are configured to have a static IP addresses to prevent the DHCP (daemon) server to automatically reassign IPs to this machines.

After a bit of googling and pondering I've done it and some of the machines, therefore to save others the efforts to look around How to set Certain Computers / Servers Network Card MAC (Interfaces) MAC Addresses  configured on the LAN network to use Static IPs and instruct the DHCP server to ingnore any broadcast IP addresses leases – if they're to be destined to a set of IGNORED MAcs, I came up with this small article.

Here is the DHCP server /etc/dhcpd/dhcpd.conf from my Debian GNU / Linux (Buster) 10.4

The main configuration doing the trick to ignore a certain MAC ALenovo ThinkServer SD350ddresses that are reachable on the Connected hardware switch on the device is like so:


The Deny DHCP Address by MAC is described on isc.org distribution lists here but it seems the documentation on the topic on how to Deny / IGNORE DHCP Addresses by MAC Address on Linux has been quite obscure and limited online.

As you can see in above config the time via which an IP is freed up and a new IP lease is done from the server is severely maximized as often DHCP servers do use a max-lease-time like 1 hour (3600) seconds:, the reason for increasing the lease time to be to like 10 days time is that the IPs in my network change very rarely so it is a waste of CPU cycles to do a frequent lease.


One hint to make is, after setting up all my desired config in the standard config location /etc/dhcp/dhcpd.conf it is always good idea to test configuration before reloading the running dhcpd process.

That's all folks with this sample config the IPs under subclass "black-hole", which are a local LAN Static IP Addresses will never be offered leasess anymore from the ISC DHCP.
Hope this stuff helps someone, enjoy and in case if you need a colocation of a server or a website hosting for a really cheap price on this new set High Availlability up described machines open an inquiry on https://web.www.pc-freak.net. 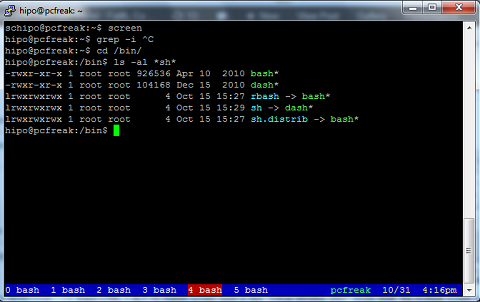 As GNU / Linux user I use screen window manager to manage multiple SSH connections (all over one ssh connection) to a host over the last maybe 10 years. Though screen is generally popular it is still possible some novice sysadmin did not use it or (hope not) never heard of it. For those who don't use GNU screen still, give it a try; launch it within a (system bash, csh etc.) shell and then inside the main screen window launch multiple screen internal sessions (by pressing simultaneously) keys CTRL + ALT + c .

Each CTRL + ALT + c makes screen open a new "Virtual Window (pty)"  inside itself, the multiple screen sub-instances are kept in memory of main screen program loaded in memory. In a way Virtual Windows of screen in logic are very Similar to Apache's Webserver Apache Parent and Child processes.

And press enter twice, it will launch under screen a new instance of your current logged in shell (if you logged in bash will open bash if zsh – zsh etc.)

Afterwards, you can open multiple Virtual Screens as I've mentioned with pressing CTRL + ALT + c.
Moving between all open screen sessions is done with simultaneous press of:

The most useful from all screen functionality is DETACH. You can detach (like save state of) curreng GNU Screen active sesion by  pressing together:

An example use of multiple detached screen sessions would be if you login via SSH with a certain user lets say user myuser and later detach by pressing CTRL + a + d after which open new session, you will get in shell message similar to:

The msg indicates new screen session is detached. Onwards run screen once again, for sake of test typing in same shell once again:

After screen loads its second session press again CTRL + a + d – to detach second active session, again you will get msg:


Next on you can use screen to list all active window sessions by issuing:

To attach to detached active GNU screen session, use:

For example to attach to 1 listed screen session 1549:

The -r  switch stands for re-attach and second part of PID name like in above example pts-11.pcfreak pts-0.pcfreak is just indicating the hostname where screen was detached as well as the pty (pseudo tty number assigned to detached session), the time included shows the exact time in which main screen session was started for instance for screen 1549 it is 10/27/2012 09:45:58 PM.

The use case of screen are really up to your imagination, however for running programs which require you to have a permanent interactive terminal, like lets say: Midnight Commander (mc), iptraf, tcpdump, irssi (IRC chat client), ettercap, sniffit 🙂 screen is really *precious sysadmin tool
screen is great for PuTTY users who dislike that putty doesn't by default support tab-bed multple SSH logins (you might like to check my previous post where I explain about Putty Connection manager which supports tabbed ssh)
Actually, i'm so accustomed to SCREEN, that it is quite hard to imagine the times when it was not. I guess sysadmin life was much difficult back then 🙂

Many people who still remember irc clients like BitchX and epic and the IRC times should remember, how well known and frequent people used to detach those progs or even detach eggdrops with specific TCL scripts inside separate screen sessions.

The most useful use of screen of course is to open multiple SSH sessions to different server nodes and keep permanently logged in on hosts by detaching the screen session.

I can think of 3 main advantages of using ssh inside single screen session:

1. At any time you can login to just one server instead of (for exmpl. 10 servers), and use this one server as a reference through which you can "stuntly" check statuses of all 10 hosts with no need to login 10 times via SSH or with a Putty client (if logging from Windows)

2. If you're using unstable often interrupted lets say modem (dial up) line to connect to the Internet and you need continuation of previously interrupted SSH ssh login due to interrupted connection

3. You can save a lot of time and effort of typing passwords multiple times at ssh login prompts

Of course there are disadvantages too;

From security point of view it is a weak practice to keep logged in to multiple servers via SSH from one single screen session. If someone sniffs user password with which screen is started and attach to the screen session he will suddenly be granted to access to 10 more servers!
Anyhow for  lazy people who believe to maintain high security policies, e.g.:

a. do not login to SSH sessions from Windows hosts
b. use some kind of UNIX / Linux / BSD based OS
c. login from a host used only by a single person
etc. etc. ,  keeping screen detached with multiple sshs might save you a lot of time; this is especially if you have to login 10 times to the servers a day changing location – lets say if you use (notebook and travel a lot).

GNU screen also understands some commands, which can configure the Shell Prompt of it as long as color gamma of main and sub-screen (virtual) sessions. To have a screen shell prompt outline and blue color gamma as in the picture in beginning of my post you can download and use my .screenrc into your ~/.screenrc i.e.:

Below I include a screenshot on how screen sessions looks like, whenever above "user friendly screenrc" is used: 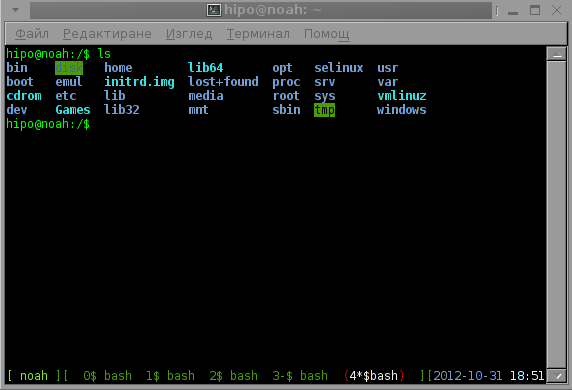 It might be helpful to mention, there are newer piece of soft with richer screen functionality one of those newer virtual window managers (alternative to GNU screen) is byobu. I've tested byobu myself and I feel

Sometimes, when a screen session is interrupted, because screen running host is restarted or shutdown, dead screen sockets remain.

In case you see some screens, like this you should use screen -wipe to cleanse socket pointing to already non-existing screen:

Screen has plenty of other command shortcuts, all of them are starting with a key combination of CTRL + a + )some kbd letter)

Ctrl + a + m – Turns (on/off) screen monitoring for activity of a screen shell (useful if you left kernel, openoffice or some huge app to compile 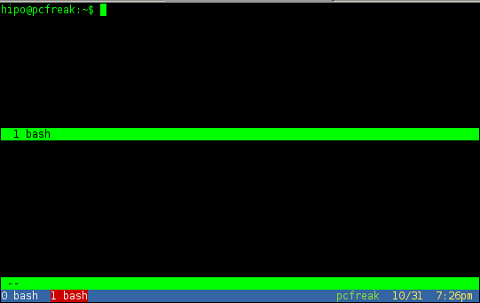 Ctrl + a + x – locks the screen, in the same fashion as Screen Lock is done inside a GUI environment GNOME, KDE etc. Once pressed it can be unlocked after you type in your user pass. This is very handy if you have to go to toilet and you don't want your colleague to snuff in your console 🙂

It is also possible to switch between screen sub-virtual windows using:

P. S.  – Some of screen keybindings, does not work in gnome-terminal and konsole and other terminal clients which already had a key bindings set to CTRL + a + whatever key. If that's the case you can change screen assigned keybindings through .screenrc

If you google around you will find a dozen of tricks you can do with screen, since my only goal of this article