What is a QR barcode

You certainly should have seen images on walls or advertisements like the this: 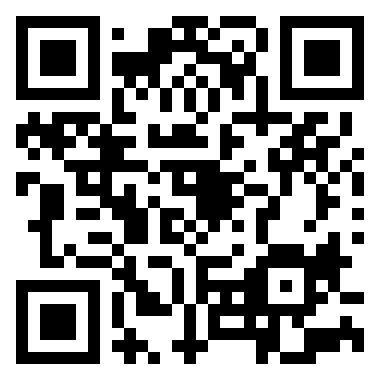 In reality it is a graphical barcode which can encode information which later on can be red easily by QR barcode reader, PCs and Mobile phones equipped with a camera device and a piece of specialised software.

Many mobile phones day like the Google’s HTC mobile support the QR barcode reader as an integrated part of the Android operating system.

These fun technology has been invented in 1994 in Toyota, in reality it’s a two dimensional graphical barcode.

The QR is actually an abbreviation of Quick Responce as the objects tagged with this code are really quick and accurate to scan and therefore track.

Today the QR barcodes can actually be seen on many magazines and even newspapers. With the QR technology all kind of information can be encoded.
Thus the QR is used for variety of purposes like encoding URL addresses which can be easily opened with Mobile phones without typing the address in the URL bar.

Nokia’s phone Operating System (Symbian) does also support the QR technology out of the box.
Many of the Blackberry mobile phones nowdays also had integrated support for the QR code reading.
Weirdly enough the IPhones and IPods lack the native support of the QR barcode reader, however this kind of mobiles could be equipped with a third party software which enables the phone to read and decode QR images.

QR is one step further in technology development and it does support encoding even metadata information through which a mobile device can easily be connected to a wireless network.

This kind of technology gives many opportunities for future development, so I’m quite sure this technology will become essential part of IT world in the short future!

The deployment of QR in marketing nowdays seems to also grow, it’s used on many business cards, billboards or in ads in public transport.
The potential of this interesting technology is really enormous, only future will show how it can improve our daily lives!

Tags: What is a QR barcode

This entry was posted on Saturday, January 8th, 2011 at 11:42 pm and is filed under Everyday Life, Various. You can follow any responses to this entry through the RSS 2.0 feed.You can leave a response, or trackback from your own site.

4 Responses to “What is a QR barcode”