On 8 of October 927 the Bulgarian Orthodox Church has become autocephalous, this historical event is quite memorable for me as it happens to be almo  my birthday.
Thus I found it worthy to write few raw lines on the feast. This post will probably will not be of interest to any serious historian but still might be interesting for people keen on history.

The requirement of Church organization on the Bulgarian lands that is indepedent from the center of Christianity as of then Constantinople has existed with the Glorious and World changing event of receiving Holy Baptism of the Ruler of Bulgaria Saint King Boris-Mikhail in year 864 from Constaniple's Emperor Mikhail III who ruled Byzantine Empire from year (842 – 867). 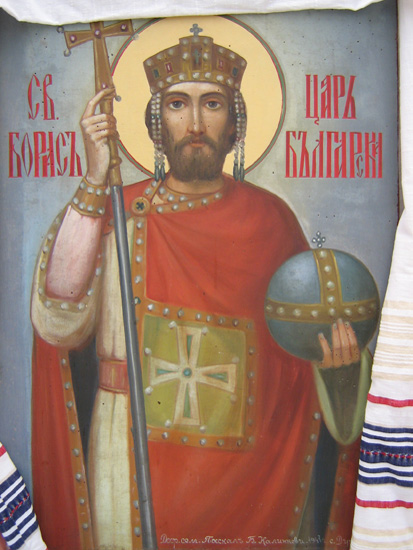 The event for the history of the Civilillized world and the Christian history wordwide is only comparable to the act of saint emperor Constantine's Milano Edict  The Edict of Milan (Latin: Edictum Mediolanense, Greek: Διάταγμα των Μεδιολάνων, Diatagma tōn Mediolanōn) was the February AD 313 agreement to treat Christians benevolently within the Roman Empire. Which opened the doors for Christianity to not only be equal religion within the empire but even to become official religion for the Eastern Roman (Byzantine empire). 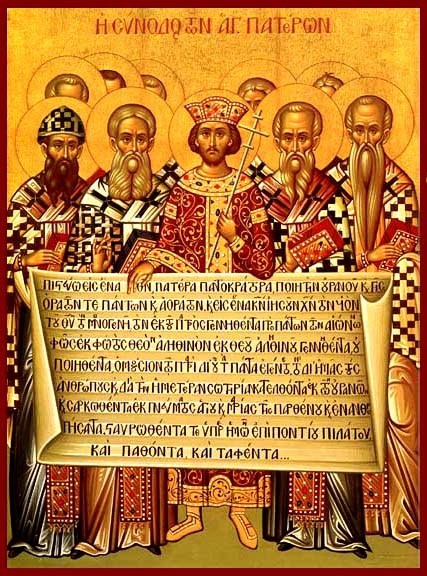 Assembly of Synod of Holy Fathers

The Milano's edict is today little known both in Eastern and Western world as people have more interest for money and business than to truth, virtues and history, so I find it useful to share with readers this forgotten history … 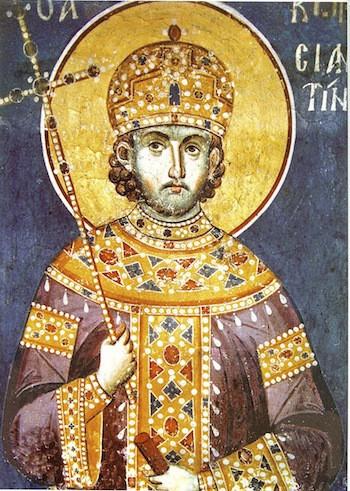 Western Roman Emperor (and later canonized for Saint) Constantine I and Emperor Licinius, who controlled the Balkans, met in Mediolanum (modern-day Milan) and, among other things, agreed to change policies towards Christians following the Edict of Toleration issued by Emperor Galerius two years earlier in Serdica (today the city of Sofia Bulgaria).
The document is found in Lactantius' De Mortibus Persecutorum and in Eusebius of Caesarea's History of the Church.

It was already a set path for Europe to become Christian and the majority of people and missionaries all through europe has spread the Good words of the Lord Jesus Christ throgh the European lands. Many missionaries both in Greece and the Balkans as well as the far lands of Kiev and North has been preaching for the coming centuries. Christianity has become already official religion for big part of the civillized (non-barbarian) world such as the Hellenes, France, Germany, Hungary,Romania, Ukraine, Belarus, Russia etc.. Monastic life has been also well established all through europe and many missionaries has come from the far deserts of Egypt to baptize and teach Christianity in the West in Ireland, England and even the Netherlands in the 7th century. Rome as a Christian center of the Western Empire even though the hardships has established and in the rule of Charlemagne has seriously expanded Christianity in the west.

The largest unbaptized lands with a paganism at that time seems to be few tribes such as the Vikings, the Gotts, The Traks and perhaps the Slavs. The biggest part of which seems to be the Slavs who has been settled in a large parts of Balkans Bulgaria, Serbia, Macedonia as well as Croatia, Chech, Poland and even in far Moscow.

This people has been following a peaceful paganism and has been still unenlightened. Thanks to Saint Cyril and Methodius and 7 pupils Saint Gorazd, saint Naum, saint Sava, saint Angelarius and Saint Clement of Ohrid (known as Ohridski) tireless work for Christ to translate the Holy Bible in the so called Church-Slavonic which in practice is a form of Ancient Bulgarian (in Glagolitic Script – Glagolica) which was mainly used before saint Clement Ohridski and other pupils of Saint Methodius such as the medieval famous author of many early Christian books Constantine of Preslav who worked in the Preslav Scriptorium and Christian school. 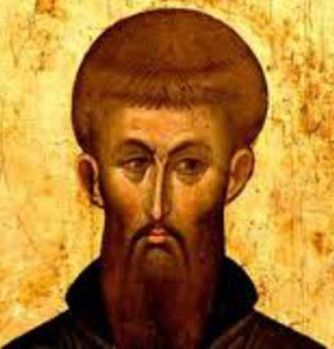 Saint King Boris-Mikhail  in that time took the right decision to baptize his large for that time lands populated by Bulgarians and Slavs under his rule and enlighten them with the Gospel and faith in the Jesus Christ and the true God the Holy Trinity (the Father the Son and the Holy Spirit).

It took him quite a long to decide whether to baptize his country citizens with the faith from the Western Empire (The Latins) or the Eastern Empire (the Byzantines) who at that time has been in process of creating and establishing the Great Church Schism from year 1054, and due to that he led a corresponce to both Byzantine empire as well as pope Nicolas I.

One of the questions asked to both the The Pope and the Byzantine emperor has been about his desire of the Bulgarian Church to be an independent Church with independent head and ruleship that is able to take an independent decisions for its destiny. He wanted that as he was understanding the importance for the Cultarial freedom of Bulgaria from Helinism or the Latins. As he found that the Pope can't offer him too much and considering the closeness of the Byzantine empire to his lands as well seeing the Eastern Christianity to be more indepth and filled with beauty he has baptized from Byzantia and has received a Byzantian archibishop.
In the beginning the church services and the preach in Bulgaria has been in Greek and due to the common Bulgarian and Slavs couldn't understand Christianity. Thanks to the Holy Brothers Cyril and Methodius and the acceptance of their pupils by saint King Boris slowly in Preslav and Pliska in 9th 10th century and Ohrid in middle of 10th – 11th century a Spiritual Schools and Scriptoriums has been established which allowed a few years later gradually to have for Bulgaria the Holy Gospel and Church services to be served in the Bulgarian language (in the better understood by both Bulgariand and Slavs cyrllic).

Saint King Boris-Mikhail completed his earthly life as a humble Monk in the last years of his life, he has put on the throne Vladimir Rasate who tried to bring back paganism and faith in Tangra after his death. When heard about the evilness of his first born son and the hostility to Christianity and his plans to overrule the work of his father Saint King Boris is famous for getting out of the Monastery fighting again his son and with a Miracle about which is written even to the Pope to have win with his weaker supporter army against Vladimir-Rasate. He has blinded his son and put on the throne his second Son, King Simeon who has been officially later recognized by Romans and Byzantines the title usually only given to Byzantine Emperors  – Basileus of Bulgarians (Emperor of Bulgarians).

On the summoned in year 893 Council of Preslav together with the enthronization of King Simeon as a Bulgarian Ruler it was taken as a decision to change the Greek language in the Church with the Old Bulgarian (liked to be called in Russian sources as Church Slavonic). During his governship King Simeon (893 – 927) has gradually changed the Greek higher clergy with a Bulgarian and Created the Bulgarian Exarchate. 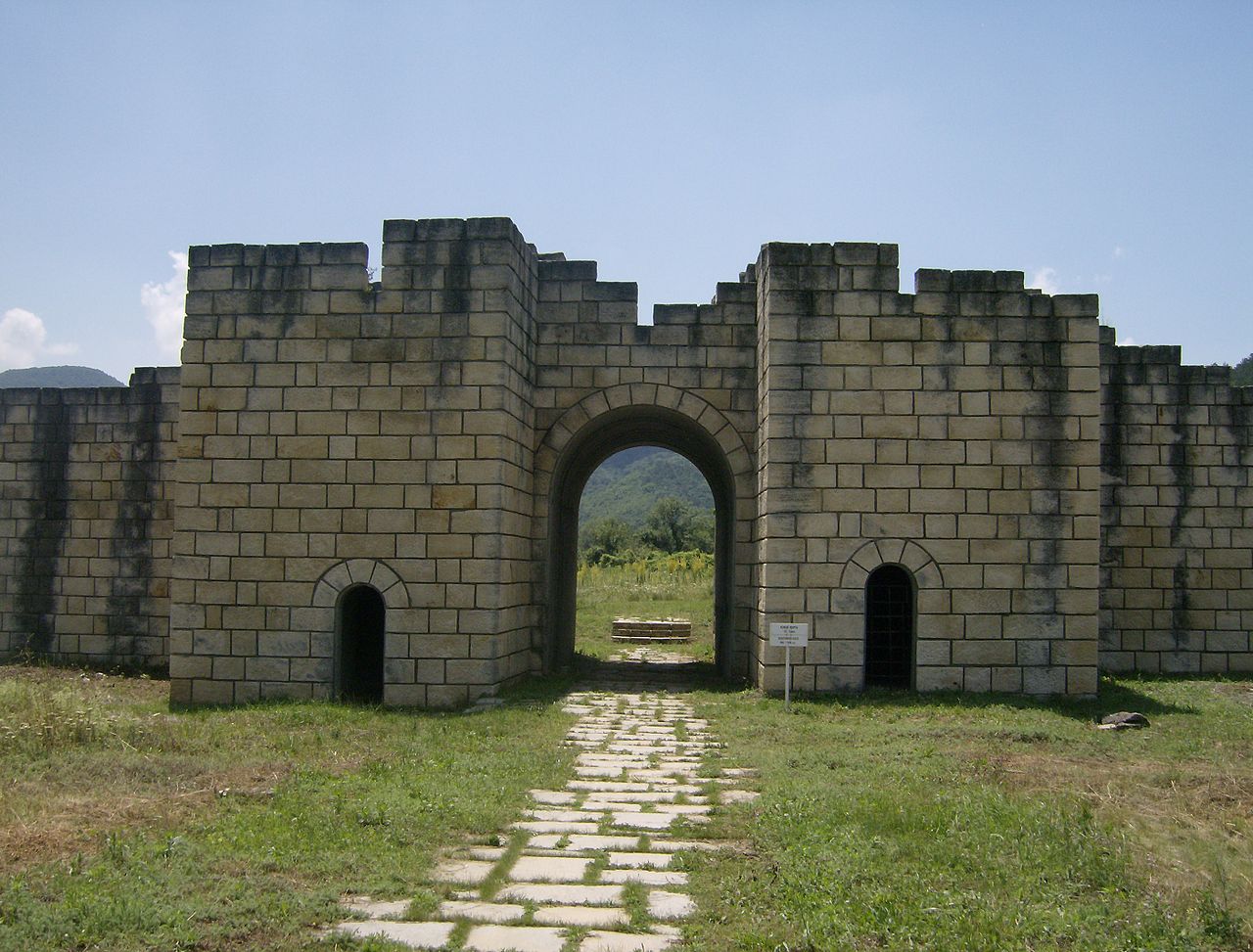 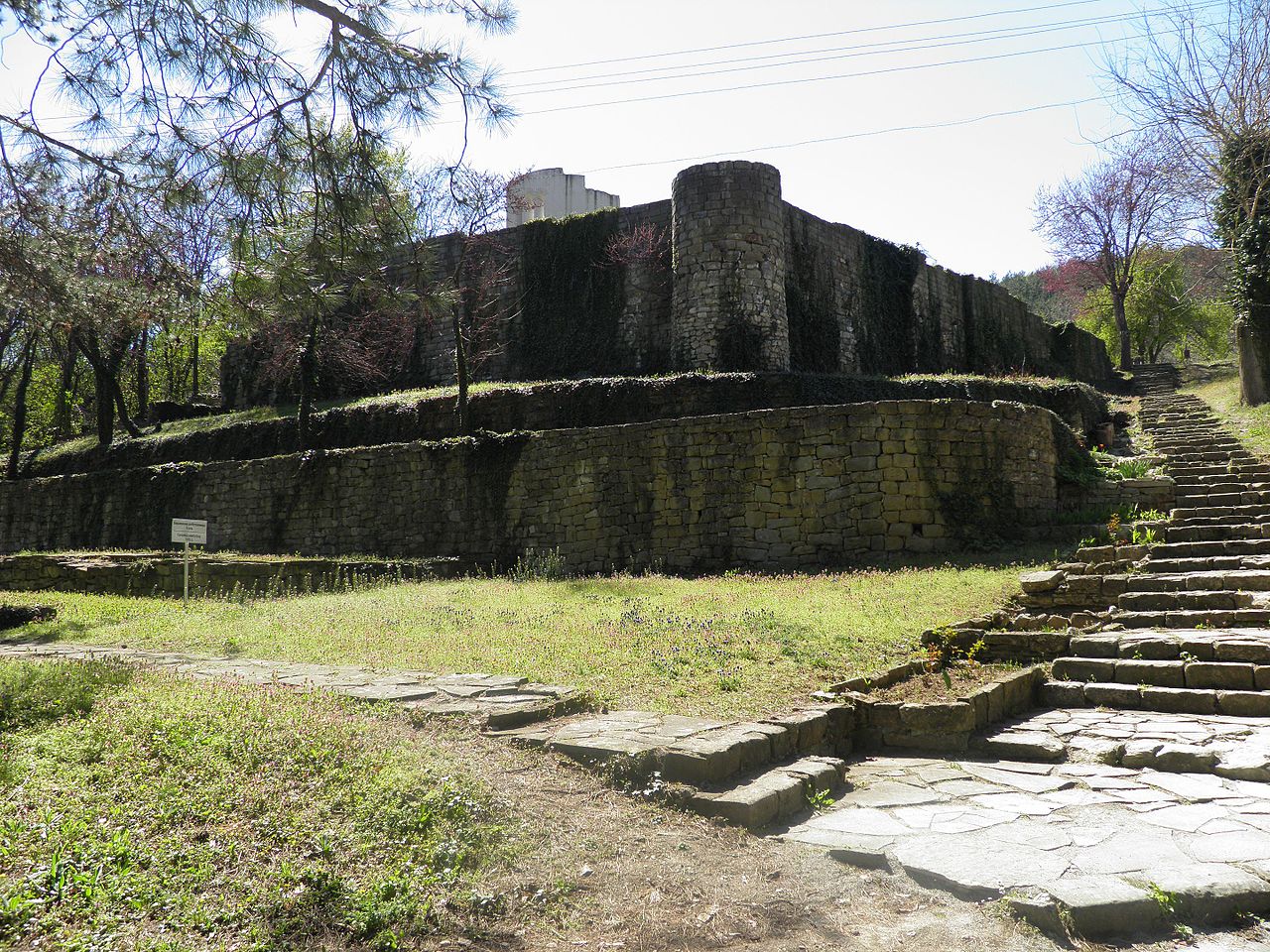 The Golden Church Saint John also known as the Round Church built by Simeon I the Great in Preslav built in 907, aiming to show the
high importance of the new established Bulgarian Church – Known to have been one of most beautiful Churches in Europe

During the rulership of Simeon's (second son) successor saint King Peter I (927 – 970 ) rise on throne, thanks to his wise politics and a lot of efforts to increase the prestige and spirituality in the Church following the path of his father. The Bulgarian Church has been recognized officially by the byzantine Emperor as an independent Church with a Mother Church the Church of Constantinople (today governed by the Ecumenical patriarch of Constantinople Bartholomew).

During the diplomatic negotiations between the King and the ruler of Byzantines Roman Lakapin  in year 927, the emperor has re-ratified the earlier disputed
as well the Church canonical uplifting ordination  of the head of Bulgarian Church the exarch to be a Patriarch of Bulgaria. 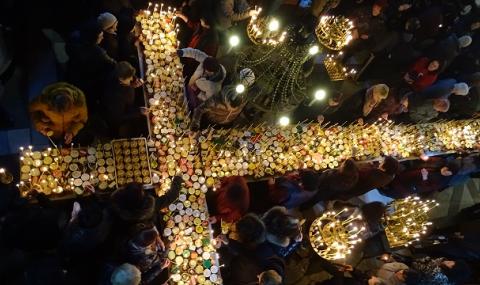 Byzantines has always questioned the title of "Basileus of Bulgarians" with which King Simeon I the Great used to sign his documents, as Basileus was believed to be only supremacy title of the Byzantine emperor. The proud Byzantines did not wanted to accept another new-born Nation with less than 3 centuries of history could be their rivalry neither political nor spiritual and morever to be on the same importance in the known World with authority of the Eastern Emperor.

The archives of Vatican keeps a copies of the decision of the emperor's synclitis (meeting) for the recognition of the Bulgarian Patriarchy officially on 8th of October.
For a First Bulgarian Patriach was selected Patriach Damian (Drystyr) nowadays the city of Silistra with a patriachal seat in medieval city of Veliki Preslav (Great Preslav). Soon after the Patrairchal seat was moved to Silistra. 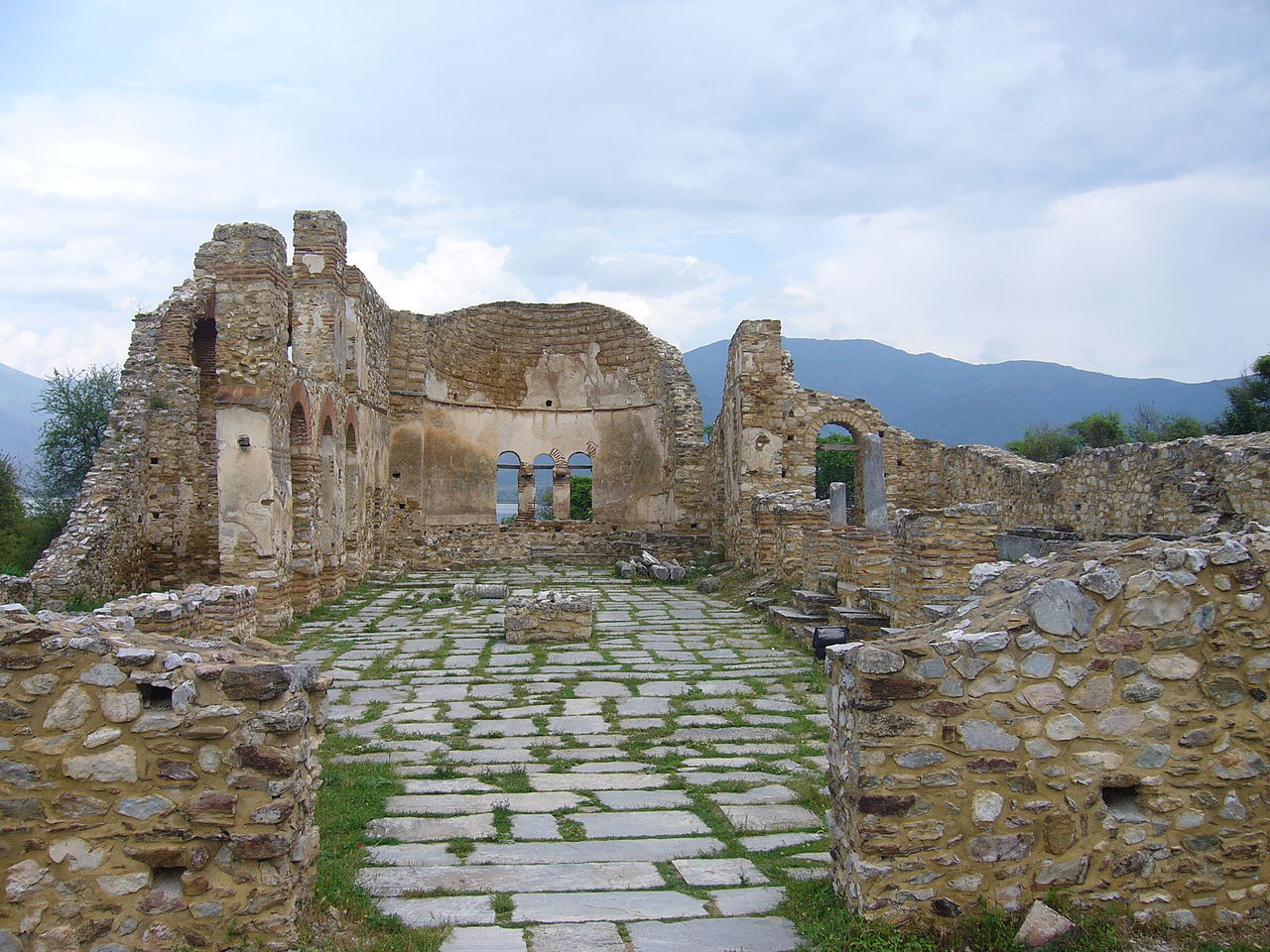 The Eparchy of Dorostol has been existing even to this day, even though the exarchs and patriachal seat and patriachs through the centuries has been concentrated in the mother patriarchal city for our Church Preslav and in Ohrid as well as later for II centuries in city of Turnovo until 1393 when in city of Tarnovo (Trnovo) Fall raided by the Ottoman Turkish invaders.
During the Ottoman's slavery of Bulgaria it has ceased to exist and has been reduced by the Turkish mostly under the influence of Patriarch of Constantinople to Archibishopship center in Ohrid. 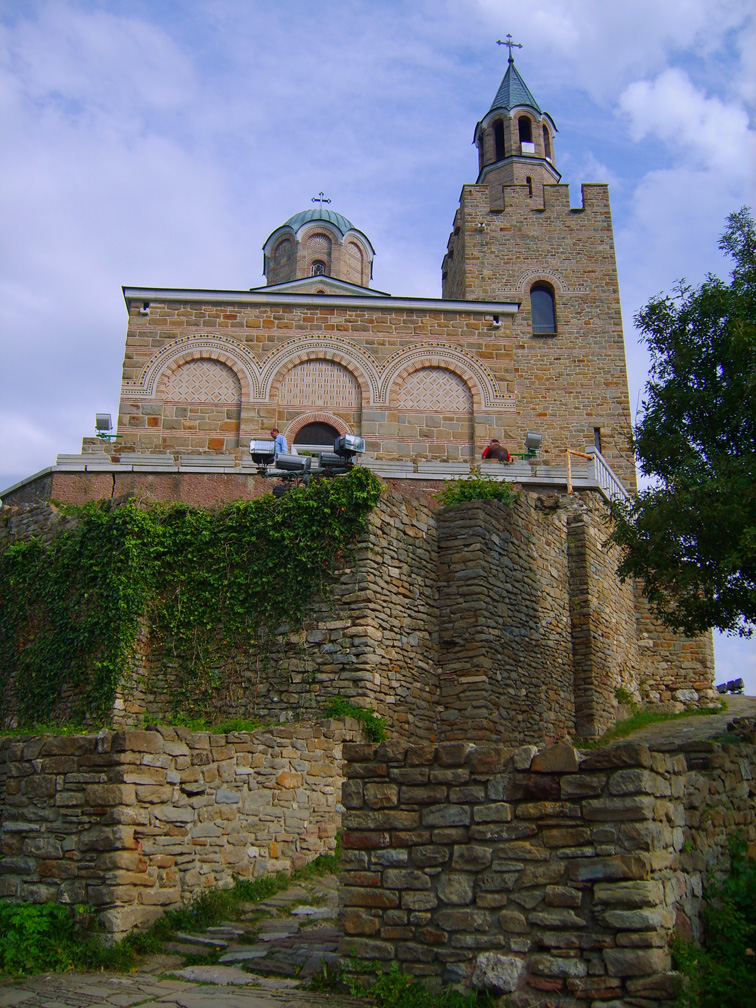 After the Liberation of Bulgarian in the Russian-Turkish Bulgarian liberation war (1877 – 1878) in which Bulgaria has been liberated. The Bulgarian Church has been an Exarchy for a while in a dark period when the Bulgarian Church was recognized by the Phanariots (The Greeks). The Schism put over the Bulgarian Church was removed in 22 February 1945 y., few weeks after the enthronement of Patriarch Stephan I of Bulgaria. Unfortunately the next years coincided with the dark years of the imposed totalitarian regime of the Bulgarian Communist Party (BCP), which led to active persecution of the Church, the humilation and torture of priest and Church leaders and martyrdom of many clergymen and people who were against the unhuman kind of the new power that take over. 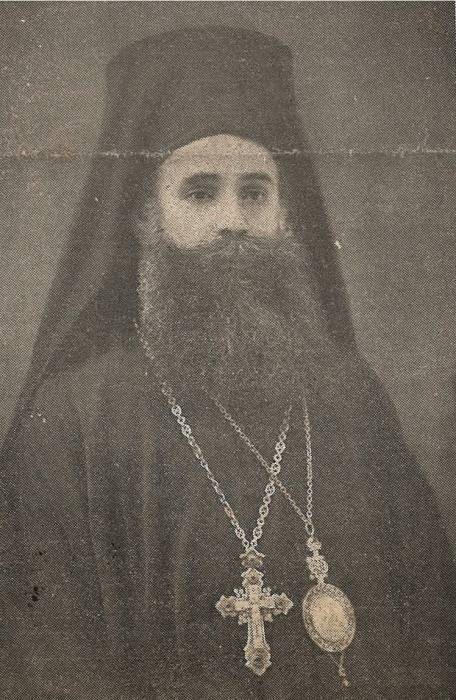 One of those many martyrs for Christ is a supposedly a saint Boris Razumov of Nevrokop who was killed by a order of communists by an orthodox priest to his own eparchy who has joined the party by the order of the BCP.