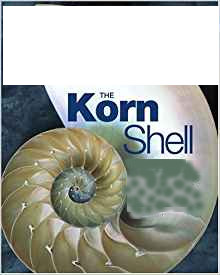 Sometimes we have to administrate this operating systems such as FreeBSD / AIX / HP UX or even Mac OS server where by default due to historical reasons or for security bash shell is not avialable. That's not a common scenario but it happens so if as sysadmin we need to create for loops on ksh it is useful to know how to do that, as for loop cycles are one of the most important command line tools the sysadmin swiss army knife kind of.

So how to create a for loop (cycle) in ksh (Korn Shell)?

The most basic example for a KSH loop shell is below:


Add the content to any file lets say ksh_loop.ksh then make it executable as you do in bash shells


The overall syntax of the for loop ksh command is as follows:

for {Variable} in {lists}
do
echo ${Variable}
done


Other useful for loop iteration would be to print a file content line by line just like it is done in bash shell, you can do that with a small loop like belows:

This entry was posted on Friday, November 3rd, 2017 at 5:28 pm and is filed under FreeBSD, IBM AIX UNIX, Programming. You can follow any responses to this entry through the RSS 2.0 feed. You can leave a response, or trackback from your own site.