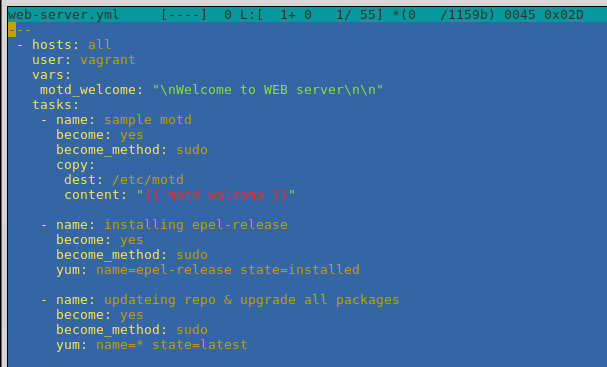 If you're a vim (VI Improved) fan and you set your Linux server / desktop to use VIM as a default text editor, for those who don't know this is done either locally for user (if you're not superuser on remote server) by adding:

or if you're root on the system e.g. it is your Linux desktop / administered by you (debian / ubuntu) server to set VIM as default text editor for all applications with cmd:

or if you haven't unset the EDITOR variable the default behavior on some Ubuntu (10.10) etc. versions mc editting would edit with nano text editor.

So here is how to change this behavior in order to end up editting with mcedit any edited file via mc: 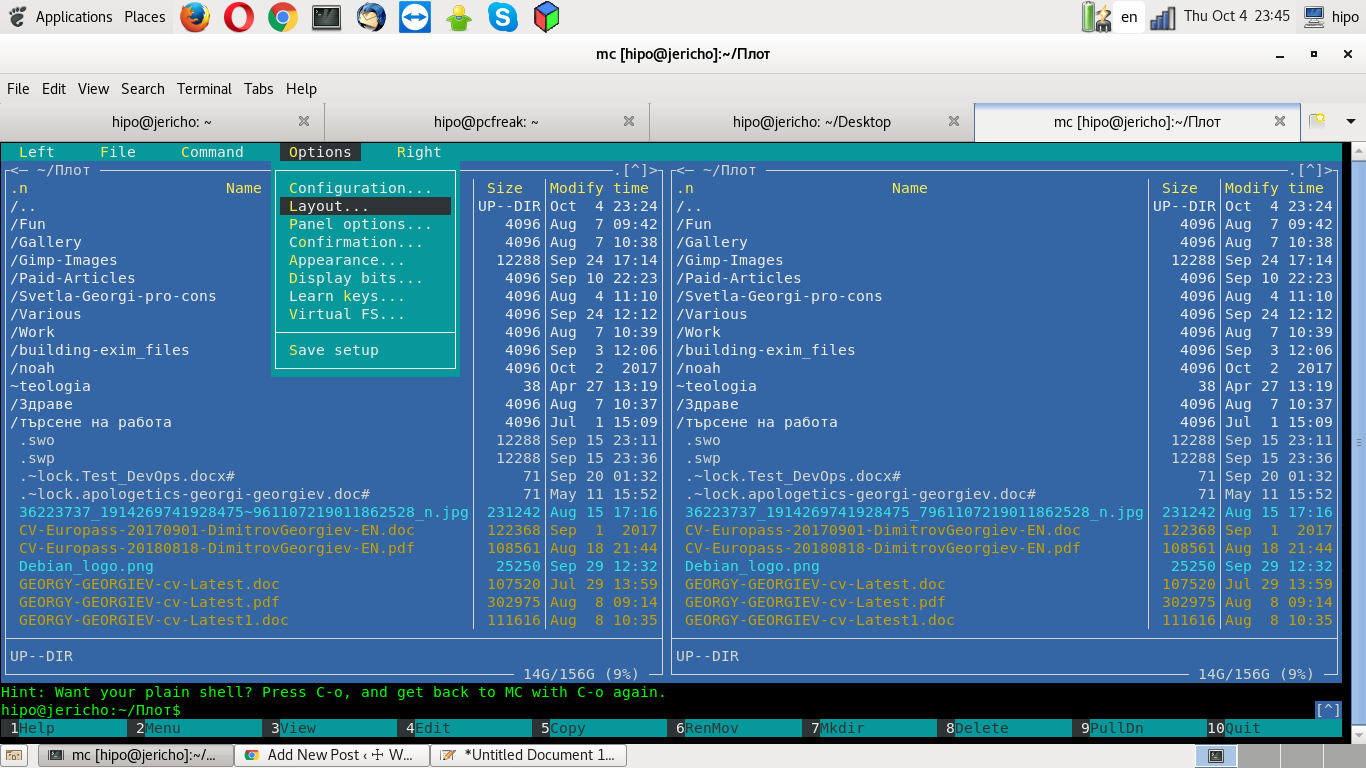 1. Press F9 to Activate the top menu.
2. Press o to Select the Option menu.
3. Press c to Open the configuration dialog.
4. Press i to Toggle the use internal edit option.
5. Press s to Save your preferences. 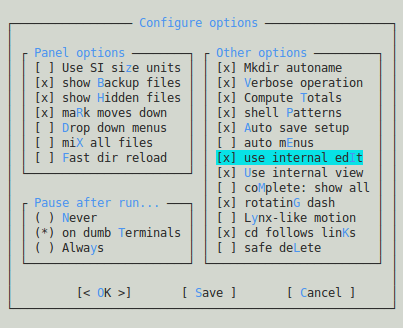 Hooray, you're done now mc will use mcedit again as default just like it was intended to be in old times on most GNU / Linux distributions.
Enjoy!

This entry was posted on Thursday, October 4th, 2018 at 11:54 pm and is filed under Linux, Linux and FreeBSD Desktop, Various, vim editor. You can follow any responses to this entry through the RSS 2.0 feed. You can leave a response, or trackback from your own site.