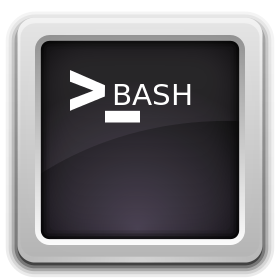 It is a very useful thing if you have to administer a large group of Linux / UNIX servers and you're not running web monitoring such as Nagios / Icinga / Munin / monit to Raise Email or other kind of Alert / Warning notices to periodically check the system load avarage with uptime command and log to a file and if necessery send emails in case if some server too high load avarage is matched on servers.

Below little script could be a basis for development of a script to raise email SMS alerts in case if a Linux / BSD / UNIX  system gets CPU overloaded.


The run_commands_on_multiple_servers.sh script is available for download also is here. The script can be easily adopted to run any other commands or trigger alerts, anyways if you need something more complex I would recommend to still stick to monit (utility for monitoring servers on UNIX system / Zabbix etc.

To be working the script requires to have sshpass (tool) installed as it uses it to pass the SSH credentials password to remote server. Note that you have to keep the script with strong permissions if other people have access to your home folder as this might reveal password and help someone to hack into your servers. The script is very useful if you have to login and execute a command to multiple UNIX group servers  behind DMZed (Firewall) Zone only through a Windows HOP machine as it works out of the box with latest versions of MobaXTerm (which is a Windows Terminal client that absolutely rox and the SWIFF Army knfie of the Windows Admin who comes from a Linux background  ! 🙂

This entry was posted on Friday, March 13th, 2015 at 6:53 pm and is filed under Everyday Life, FreeBSD, Linux, Linux and FreeBSD Desktop, Monitoring, Networking, Programming, System Administration, Various. You can follow any responses to this entry through the RSS 2.0 feed. You can leave a response, or trackback from your own site.