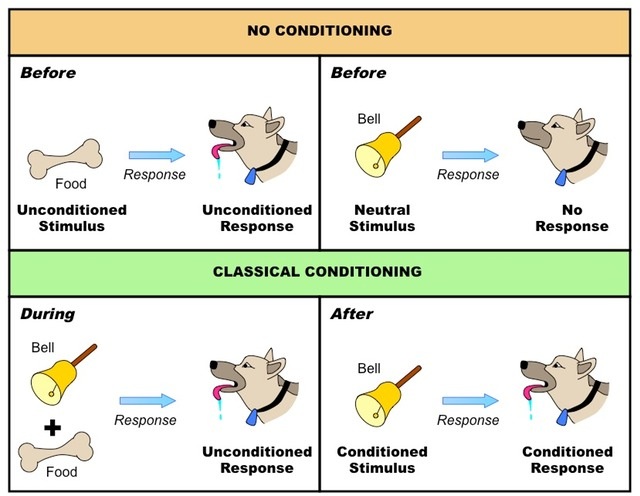 The facts concerning, how mind works has advanced severely through the years. Maybe the most significant scientists a fore-fathers of modern psychology are Ivan Pavlov and B. B. Skinner

Both of this guys has made a number of experiments, that prooved that programming a person through sensory neuro input through hearing sounds and seeing pictures is possible.

The Russian Pavlov's experiments gave a birth to a new era in science and made the further research on mind control and how mind works possible. He made a number of dog experiments, later repeated with kids, indicating that nervous and mind conditioning in both animals and humans is possible.

Later his research was reconfirmed many times by many scientists and even can be re-peated in home if you want to test it, I've seen people in youtube who tested Pavov experiments recorded the experiment and it is evident it works.

The videos above literally show a revolution in science and I'm convinced this experiments should be mostly anyone involved in academic activities. It is rather unexplainable to me, I never heard of University, College or School that shows this videos to  students …

Why so less is spoken about the existence, of such a proofs that mind control and people programming is possible. How far this kind of experiments went to?? And how far humanity can go in their insane look for knowledge? Looking over the civilization we have today, not too far from now. Right now I mosty see in the street people without direction a lost sheeps without a shepherd. Lets hope situation will be better soon and people will realize this experiments proove that God made the universe to work in order and this kind of facts concerning how matter works are just a proof for the God's order and the wonderful way we're made.