Ansible can be used to configure or deploy GNU / Linux tools and services such as Apache / Squid / Nginx / MySQL / PostgreSQL. etc. It is pretty much like Puppet (server / services lifecycle management) tool , except its less-complecated to start with makes it often a choose as a tool for mass deployment (devops) automation.

Ansible is used for multi-node deployments and remote-task execution on group of servers, the big pro of it it does all its stuff over simple SSH on the remote nodes (servers) and does not require extra services or listening daemons like with Puppet. It combined with Docker containerization is used very much for later deploying later on inside Cloud environments such as Amazon AWS / Google Cloud Platform / SAP HANA / OpenStack etc. 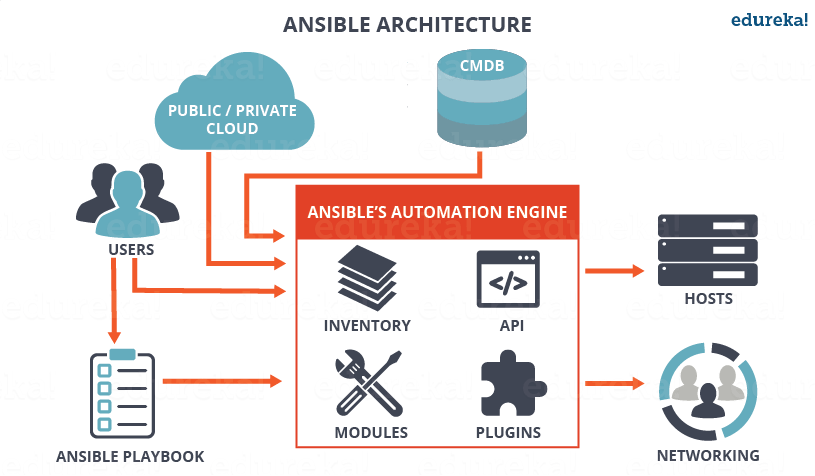 
Ansible is a python script and because of that depends heavily on python so to make it running, you will need to have a working python installed on local and remote servers.

Ansible is as easy to install as running the apt cmd:

Installing Ansible on Fedora Linux is done with:

On CentOS to install:

sshpass needs to be installed only if you plan to use ssh password prompt authentication with ansible.

Ansible is also installable via python-pip tool, if you need to install a specific version of ansible you have to use it instead, the package is available as an installable package on most linux distros.

Ansible has a lot of pros and cons and there are multiple articles already written on people for and against it in favour of Chef or Puppet As I recently started learning Ansible. The most important thing to know about Ansible is though many of the things can be done directly using a simple command line, the tool is planned for remote installing of server services using a specially prepared .yaml format configuration files. The power of Ansible comes of the use of Ansible Playbooks which are yaml scripts that tells ansible how to do its activities step by step on remote server. In this article, I'm giving a quick cheat sheet to start quickly with it.


First thing to do to start with it is to add the desired hostnames ansible will operate with it can be done either globally (if you have a number of remote nodes) to deploy stuff periodically by using /etc/ansible/hosts or use a custom host script for each and every ansible custom scripts developed.

A common ansible /etc/ansible/hosts definition looks something like that:

To test whether hour hosts are properly configure from /etc/ansible/hosts you can ping all defined hosts with:

This makes ansible try to remote to remote hosts (if you have properly configured SSH public key authorization) the command should return success statuses on every host.

ansible all -a "ifconfig -a"


If you don't have SSH keys configured you can also authenticate with an argument (assuming) all hosts are configured with same password with: 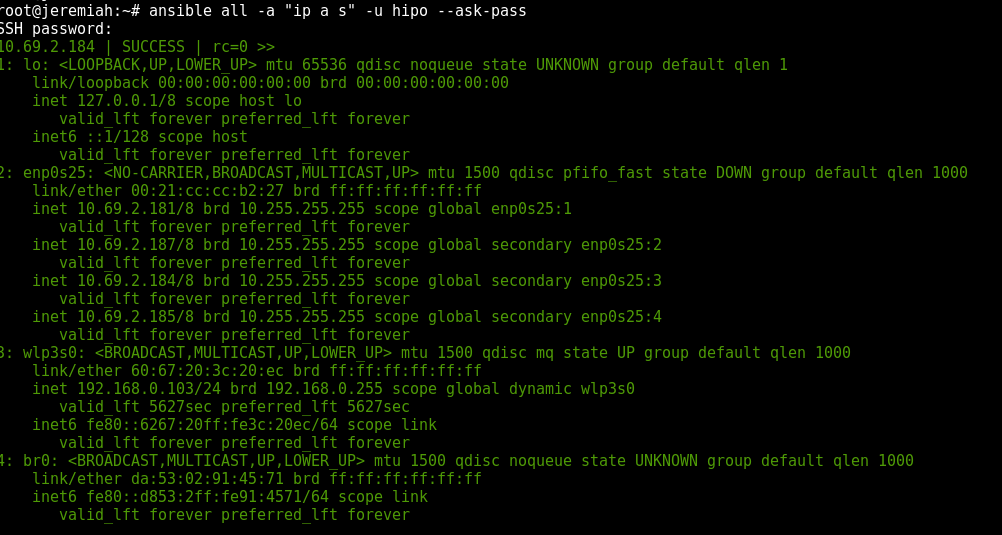 If you have configured group of hosts via hosts file you can also run certain commands on just a certain host group, like so:

It is a good idea to always check /etc/ansible/ansible.cfg which is the system global (main red ansible config file).

ansible all -m setup -a 'filter=ansible_domain'

2. Debugging – Listing information about remote hosts (facts) and state of a host

# All facts for one host
ansible

a) Syntax Check of a playbook yaml


b) Run General Infos about a playbook such as get what a playbook would do on remote hosts (tasks to run) and list-hosts defined for a playbook (like above pinging).


To get the idea about what an yaml playbook looks like, here is example from official ansible docs, that deploys on remote defined hosts a simple Apache webserver.

To give it a quick try save the file as webserver.yml and give it a run via ansible-playbook command

The power of ansible is its modules, which are constantly growing over time a complete set of Ansible supported modules is in its official documenation. 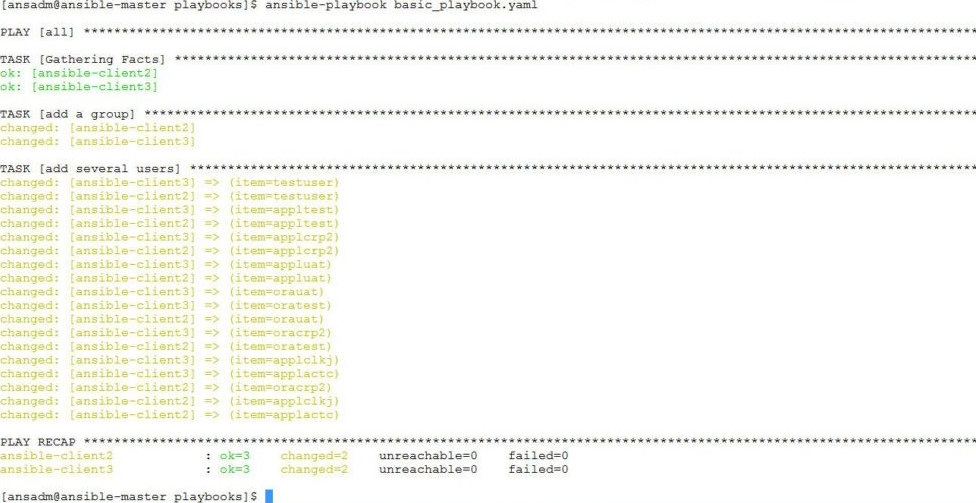 There is a lot of things to say about playbooks, just to give the brief they have there own language like a  templates, tasks, handlers, a playbook could have one or multiple plays inside (for instance instructions for deployment of one or more services).

The downsides of playbooks are they're so hard to write from scratch and edit, because yaml syntaxing is much more stricter than a normal oldschool sysadmin configuration file.
I've stucked with problems with modifying and writting .yaml files and I should say the community in #ansible in irc.freenode.net was very helpful to help me debug the obscure errors.

yamllint (The YAML Linter tool) comes handy at times, when facing yaml syntax errors, to use it install via apt:


b) Running playbook with different users and separate SSH keys

To run in raw of 10 hosts in parallel

Ansible has ability to pre-define variables from .yml playbooks. This variables later can be passed from shell cli, here is an example:

To install from ansible galaxy use ansible-galaxy


The available packages you can use as a template for your purpose are not so much as with Puppet as Ansible is younger and not corporate supported like Puppet, anyhow they are a lot and does cover most basic sysadmin needs for mass deployments, besides there are plenty of other unofficial yaml ansible scripts in various github repos.

This entry was posted on Wednesday, October 24th, 2018 at 8:23 pm and is filed under Cloud services, Educational, Linux, System Administration. You can follow any responses to this entry through the RSS 2.0 feed. You can leave a response, or trackback from your own site.