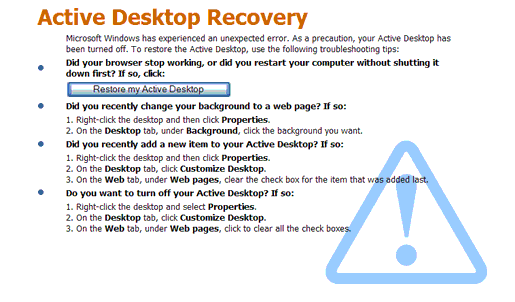 I had to repair Windows XP PC which got the annoying Active Desktop Recovery screen. I remember seeing this screen back in the days when I was still using Microsoft Windows 98. It was quite shocking for me to find out this stupid pointless Windows bug appears on NT based Windows as well…

People around the net recommend two ways to fix that one is through: 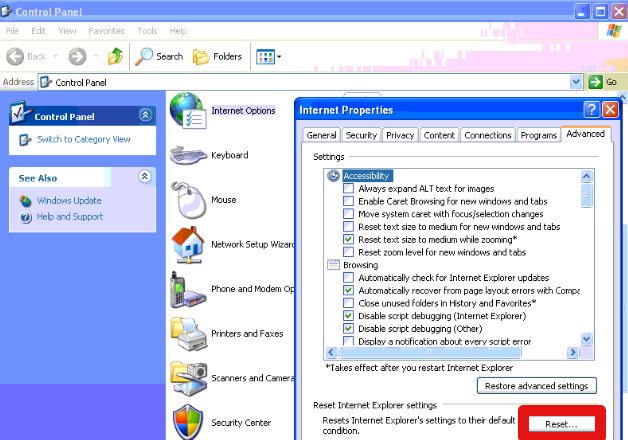 After this I tried the usual Computer Restart but unfortunately this not solved the problem.

Second suggested method was through a change in Windows registry from 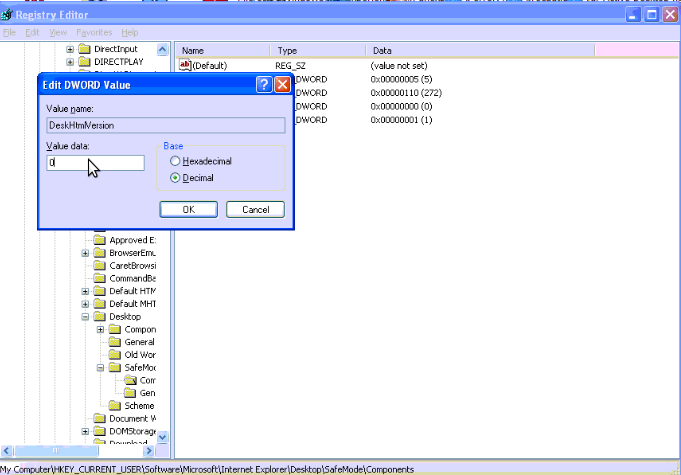