Heroes of Might and Magic 2: Best old-school turn based strategic game to play on your Android mobile phone 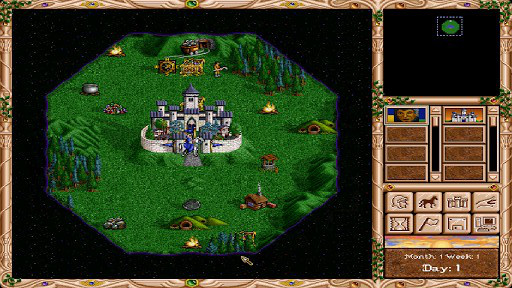 Probably many people which are my age (I'm aged 30 now), spent many days and sleepless nights being totally addicted playing probably one of the most addictive (and in my view greatest strategy game of all time) – Heroes of Might and Magic II (HOMM2).
In that thoughts it will be a great news for you if you're owning smartphone that you can turn-back some nice memories and play (for free) a port of Heroes 2 for Android.

Free Heroes 2 Android port is it is made to support multiple screened devices so game  version could be played on both Android Tablet a tiny screen smart phone or a middle sized mobile. Also Free Heroes 2 mobile port allows you to choose 'The Magnifying glass' option on first game boot, so if you're on a tiny screened mobile you can still zoom by pointing on a game object. Free Heroes 2 Android port is there thanks to Gerhard Stein who is also an author of OpenTyrian mobile phone port and the amazing old computer jump-and-run arcade Commander Keen. Game pointer controls of FHeroes2 are pretty convenient and playing the game is almost as confortable as played with a PC mouse.
Free Heroes 2 is port of Free Heroes 2 engine – Free implementation of Heroes of the Might and Magic II engine in SDL and because SDL is platform independent Free Heroes is also available for both Windows / Linux. Maybe here is time too mention that Heroes2 original DOS game works perfectly on any modern Linux distribution when started through DOSBOX DOS emulator.

By default Free Heroes2  has no game campaign support yet. In order to enable campaing support into Free Heroes 2, download FULL Heroes 2 game – put data files to mobile SD card to dir app-data/net.sourceforge.fheroes2 and campaign option will be there too. 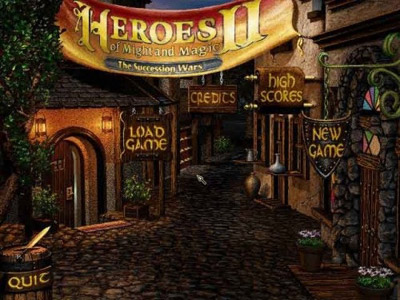 Heroes of Might and Magic 2 – The succession Wars (or HEROES2, as it is widely known in Gamers communities) is a turn based strategy game  from year 1996 developed by Jon Van Caneghem by his New World Computing company it was marketed under on the market under brand of 3DO Company. Heroes II was voted the sixth-best PC game of all time by PC Gamer in May 1997. Heroes2 has also a game expansion pack called the Price of Loyalty released in 1997 as well as Heroes of Might and Magic II – Gold – from 1998. The game graphic design looks very beautiful and combined with the soundtrack makes playing it an awesome and calming experience. The game is very notable especially for soundtrack which is all of a beautiful classical music. 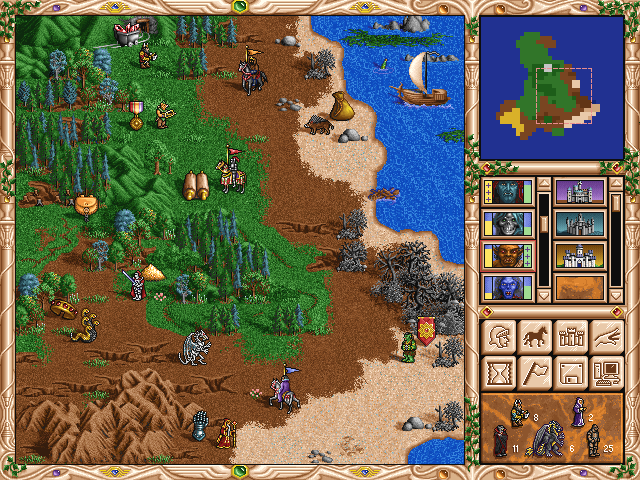 (Picture taken and copyrighted by Wikipedia)

The titular heroes (horse) are player characters who can recruit armies, move around the map, capture resources, and engage in combat. The heroes also incorporate some role-playing game elements; they possess a set of statistics that confer bonuses to an army, artifacts that enhance their powers, and knowledge of magical spells that can be used to attack enemies or produce strategic benefits. Also, heroes gain experience levels from battle, such that veteran heroes are significantly more powerful than inexperienced ones.

On a typical map, players begin a game with one town of a chosen alignment. Each town alignment hosts a unique selection of creatures from which the player can build an army. Town alignment also determines other unique traits such as native hero classes, special bonuses or abilities, and leanings toward certain skills or kinds of magic.

Towns play a central role in the games since they are the primary source of income and new recruits. A typical objective in each game is to capture all enemy towns. Maps may also start with neutral towns, which do not send out heroes but may still be captured by any player. It is therefore possible, and common, to have more towns than players on a map. When captured, a town retains its alignment type, allowing the new owner to create a mixed army. A player or team is eliminated when no towns or heroes are left under their control. Usually the last player or team remaining is the victor.

As heroes visit special locations called obelisks, pieces are removed from a jigsaw puzzle-like map, gradually revealing 'The Ultimate Artifact location to the player. Once found, it confers immense bonuses to the player capable of breaking a stalemate: the grail can be taken back to a town and used to build a special structure, while the ultimate artifact provides the bonuses directly through possession. 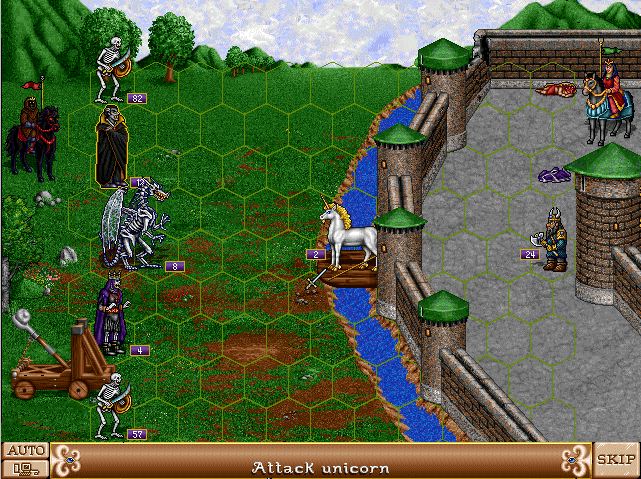 Whenever a player engages in battle

The game changes from the adventure map display to a combat screen, which is based on either a hexagonal or square grid. In this mode, the game mimics the turn-based tactics genre, as the engaged armies must carry through the battle without the opportunity to reinforce or gracefully retreat. With few exceptions, combat must end with the losing army deserting, being destroyed, or paying a heavy price in gold to surrender. Surrendering allows the player to keep the remaining units intact. Battles can be led army army to army or castles / villages can be fight and (captured) occupied. Owning a town gives your hero daily an income of money later used to buy and upgrade castle buildings. 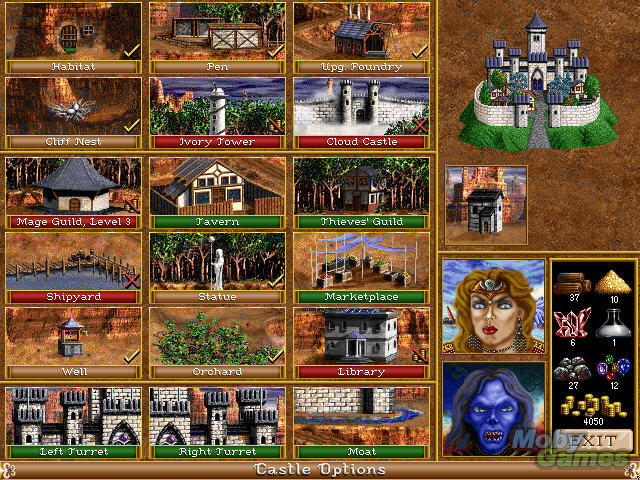 Heroes II history continues after Heroes I. Ending of Heroes I results in Lord Morglin Ironfist's victory. In the following years, he has successfully unified the continent of Enroth and secured his rule as king. Upon the king's death, his two sons, Archibald and Roland, vie for the crown. Archibald orchestrates a series of events that lead to Roland's exile. Archibald is then declared the new king, while Roland organizes a resistance. Each alignment is represented by one of the game's two campaigns. Archibald's campaign features the three "evil" town alignments, while Roland's campaign features the three "good" town alignments.

If Archibald is victorious, Roland's rebellion is crushed, and Roland himself is imprisoned in Castle Ironfist, leaving Archibald the uncontested ruler of Enroth. The  ending, however, results in Roland's victory, with Archibald being turned to stone by Roland's court wizard, Tanir.

This entry was posted on Monday, June 16th, 2014 at 1:55 pm and is filed under Entertainment, Everyday Life, Mobile Phone Apps & Games, Various. You can follow any responses to this entry through the RSS 2.0 feed. You can leave a response, or trackback from your own site.

2 Responses to “Heroes of Might and Magic 2: Best old-school turn based strategic game to play on your Android mobile phone”