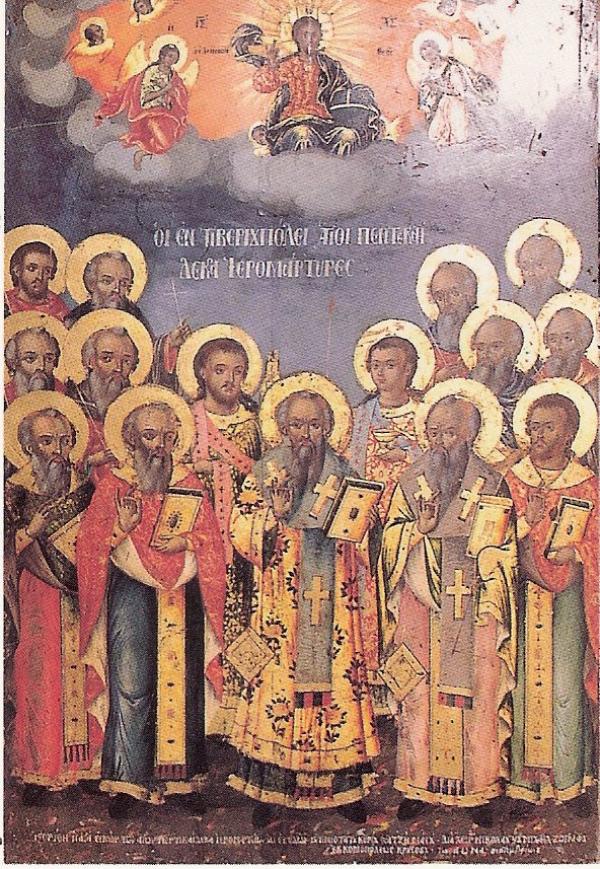 The martyrs of Tiberiopolis are the bishops Timothy of Tiberiopolis and Theodore of Nicaea, who participated in the First Ecumenical Council in 325 – both escaped from Nicaea, the priests Peter, John, Sergius, Theodore and Nicephorus, the deacons Basil and Thomas, the monks Hierotheus, Daniel, Chariton, Socrates , Comasius and Eusebius, were little known saints today in Christiandom but back in time these saints has been considered of a great importance and their intercession prayers were often seeken throughout the Eastern Church in Byzantium, Bulgaria and all the Chriatinized lands and perhaps even in the west.

They were executed on November 28, 362 during the persecutions against Christians carried out by Emperor Julian the Apostate.Since Timothy died quickly due to his age, he was replaced by the layman Etimasius.

After their execution, the fifteen martyrs were buried by the local Christians in stone sarcophagi on which their names were inscribed. 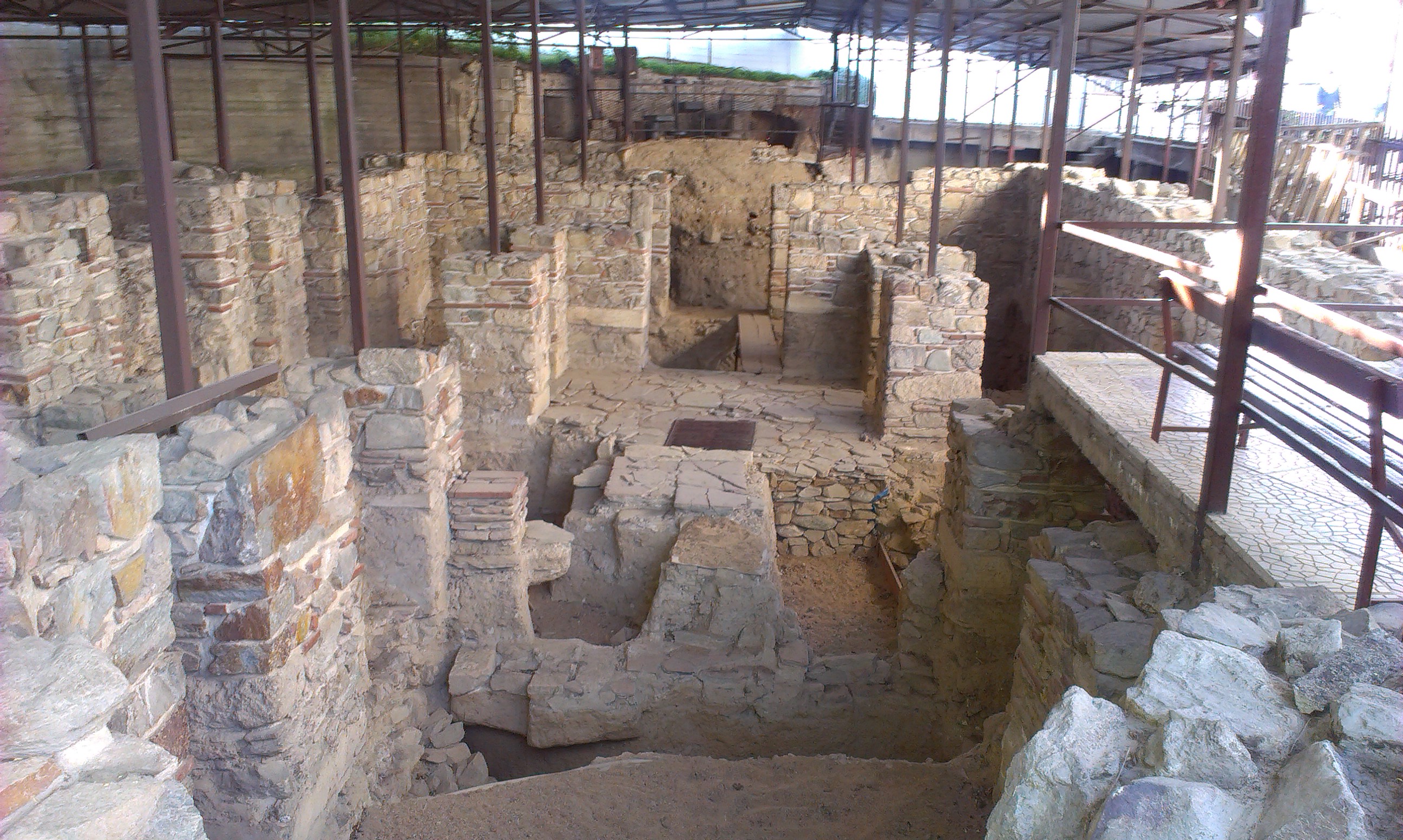 Remains of original Basilica with Tombs of the fifteen Holy martyrs

Later, the ancient Tiveriopolis (today Strumica situated in Macedonia), where the tombs were located, was destroyed by the Avars invasions, but the memory of the martyrs' graves remains in local legends for quite some time as there were many miracles happening on their tomb.

After the conversion of Bulgaria to Christianity in year 864, by Holy Prince (King) Boris, the Baptizer King immediately ordered the Comite (his servent governor) in Taradin, who ruled these lands, to search for the relics of the fifteen Holy Tiveriopol martyrs.

According to the original plan, the holy relics were supposed to be placed in the cathedral church on the Bregalnitsa river, which was being built at that time, but since the local population complained that their spiritual heritage and protection of the area was being taken away and there was a danger of revolts, a compromise was reached to take only the relics of three saints, Timothy, Komasius and Eusebius, and the others to remain in Strumica. 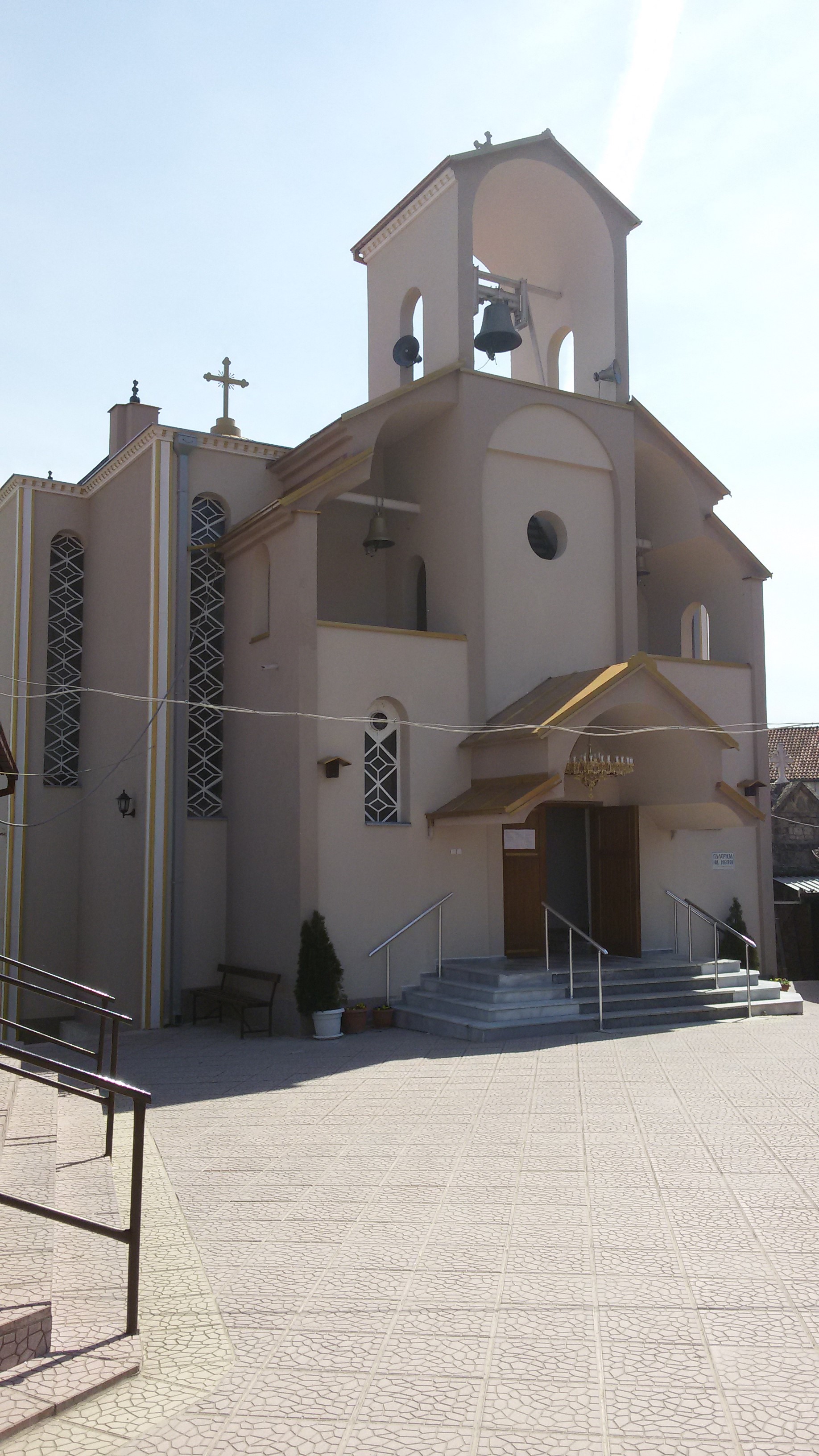 Contemporary Church dedicated to 15 Holy Hierarchs in country of Macedonia

The relics of the other saints were transferred to the new church at the time of King Simeon I (The Great).

According to the famous Medieval Theologian and Historian Theophylact of Ohrid from the beginning of the 12th century, a glorification was composed for the martyrs (which is a christian practice to glorify saints that continues to these day in the Church after new saints gets canonized), and the service was written and held in Bulgarian, which at that time was already having authentic cyrillic letters invented and translated by saint Kliment Ohridski and his pupils which just in western Bulgaria country to 3500. Some of those saint Kliment Ohridski (saint Clement of Ohrid) desciples priests as we know from the sources , composed the glorification church service in honor of the 15 Holy Hierarchs of Tiberipolis (The old Roman name for the area).

During the Ottoman invasion, the church of Bregalnica where relics held was destroyed and the holies were again lost.
Only saint Peter's hand remained in Strumica, but during the Balkan Wars in 1913 it was taken by the Greeks to Kukush ( Kilkis ) (Aegian Macedonia). 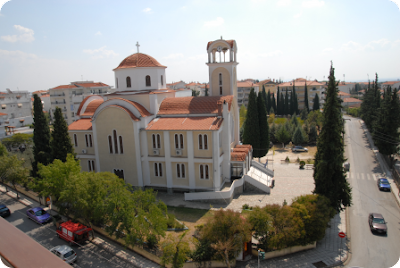 In Strumica, however the memory of the martyrs remains, whose memory is remember by the local Bulgarians at the place where, according to tradition, they were once killed.
A modern church temple was built on the same site, which is the successor of several older temples.

Below is the list with names and the position each of this holy man had, before their martyrdom:

The 15 Holy Martyrs, today are highly venerated in region of Macedonia (today country of Macedonia), as Macedonia has been historically part of Bulgarian Kingdom as well as in Greece who are considered patron saints of city of Kikis (central Macedonia today in Greece), where the local Church of Transfiguration was deciced to be reconsecacrated in favor of the 15 holy hierarchs of Tiberipolis as the hand of saint Peter from the 15 martyrs and an old icon was brough their by war emigrants escaping the Balkan wars, this hand is kept their even today. 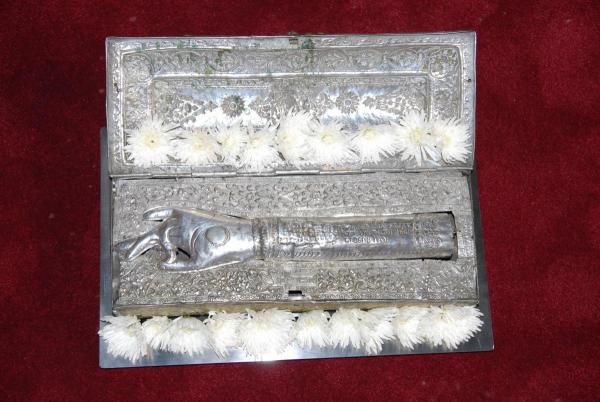 Hand of Saint Peter from the 15 Tiberoupolis Martyrs holy relic

This entry was posted on Monday, November 28th, 2022 at 3:51 pm and is filed under Christianity, Educational. You can follow any responses to this entry through the RSS 2.0 feed. You can leave a response, or trackback from your own site.