The Great Canon and Great example of Repentance

Every year the Great Lent, in the Orhodox Church an important part of the Fasting time and Church faithful meeting for the Services is the reading of the so called "Great Canon" .
Canon of Repentance  was composed in the distant seventh century by a notable saint in the Church saint Andrew of Crete (Greek: Ἀνδρέας Κρήτης, c. 650 – July 4, 712 or 726 or 740), also known as Andrew of Jerusalem.
He was an 8th-century bishop, theologian, homilist, and hymnographer. He is highly venerated in our One Holy Eastern Orthodox and considered in saint in the Catholic Church as well.

His life's most important work The Great Canon prayed in singing form during every Great Lent period in the Church since then and is example for Christians for how a repentance's set stone should be set and which are the main positive and negative personages we know from the holy bible scriptures.  The Great Canon is known well and sung often by dedicated Christians even in their home in or outside of the great lent period.
The canon expresses the overall understanding of the Church through times for good and bad examples of how a man should live, if he wants to have a good life in Christ and what he should abstain and not do if he wants to accept in deed and "utilize" so to say the Salvation given by Christ on the Cross.

The Great Canon was composed by saint Adnrew in the Seventh Century ! And preserved its preserved its form and content up to this very day.
It is  lenghtly one as it is a Church services that lasts sometimes from 1 hour 50 minutes hour or even up to 2 hours 50 hours if performed with a  Bishop or a Metropolitan. The Saint Andrews Canon is red every day in the First week during first of Great Lent divided by IV parts on Monday, Tuesday, Wednesday, Thursday. 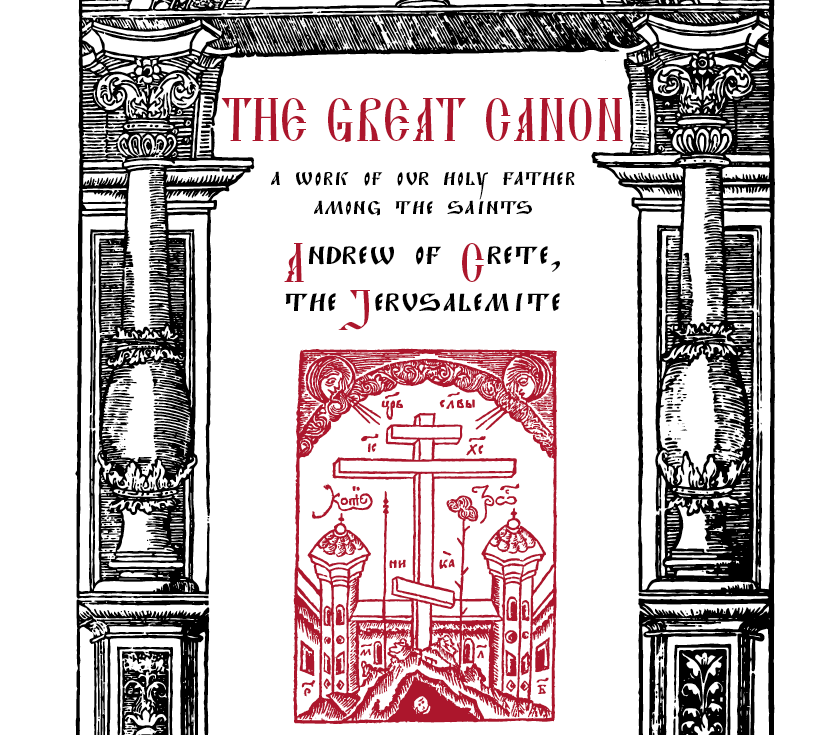 Great Canon text consists of four parts, each divided into nine odes like any other regular church canon.
There are slight differences between the odes of the two compositions. In the Great Canon, there is a greater number of troparia (songs sung in honour of a Biblical major event, a saint veneration song or other song with content to glorify the miracles of Christ).
A common remembering part of the Canon heard is the begging "Have mercy on me, O God, have mercy on me,
At the refrain "Have mercy on me, O God, have mercy on me," a full prostration (a bow to the ground). is performed Also, some of the odes have additional refrains and troparia to the author of the canon, St. Andrew of Crete, and Saint Mary of Egypt who spend 47 years hermit life in the desert and is one of the greatest models of repentance in Christian history.

A basic distinguishing feature of the Great Canon is its extremely broad use of images and subjects taken both from the Old and New Testaments. As the Canon progresses, the congregation encounters many biblical examples of sin and repentance. The Bible (and therefore, the Canon) speaks of some individuals in history in a positive light, and about others in a negative one—the penitents are expected to emulate the positive examples of sanctity and repentance, and to learn from and avoid the negative examples of sin, fallen nature and pride. However, one of the most notable aspects of the Canon is that it attempts to potray the Biblical images in a very personal way to every penitent: the Canon is written in such form that the faithful identify themselves with many people and events found in the Bible. 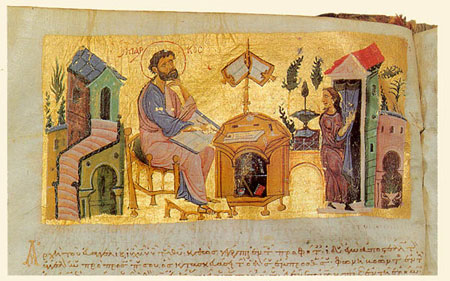 The earliest manuscript we know of attesting to the Great Canon (with a slightly different order of troparia and a shorter composition) is the Studite Triodion of the middle of the second half of the ninth century, stored in the library of the Academy of Sciences in St. Petersburg.
This manuscript has the Canon in hits original place in the services of Great Lent – at Matins of Thursday in the fifth week (when the life of St. Mary of Egypt is read).
Only later does it also appear at Compline of the first four days of the first week.

The Canon is a soul-piercing, heartfelt lament of the righteous for his sins. The very beginning: “Where shall I begin to weep for the action of my wretched life? What first-fruit shall I offer, O Christ, in this my lamentation? (Ode 1)—attunes the soul for mourning and repentance, for the “wounding of the heart.”

The author of the Canon laments not only for himself, but for all mankind that has sinned. He recalls every transgression, every fall, from Adam to the New Testament. The majority of the Canon—eight odes—consists of Old Testament examples. St. Andrew doesn’t just recall the sins of the forefathers, but he experiences them as his own: “I have rivaled in transgression Adam the first-formed man, and I have found myself stripped naked of God” (Ode 1).

The transgressions of the forefathers become prototypes of the passions that torment a man: “Instead of the visible Eve, I have the Eve of the mind: the passionate thought in my flesh” (Ode 1). Or another example: “To whom shall I liken thee, O soul of many sins? Alas! To Cain and to Lamech. For thou hast stoned thy body to death with thine evil deeds, and killed thy mind with thy disordered longings (Ode 2: “See now, see”). Here St. Andrew follows St. Maximus the Confessor, for whom Cain is “the acquisition, the law of the flesh,” rising up against Abel, that is, the mind, according to the symbolic interpretation, and killing him. This is what St. Maximus writes: “Had Abel kept guard over himself and had he not gone out with Cain into the field, that is, into the plain of natural contemplation, before attaining dispassion, then Cain, who is and is called the law of the flesh would not have risen up and killed him” (Ad Thalassium 49).

If in the Canon St. Andrew recalls examples of Old Testament and New Testament righteousness, then it is first of all in order to reproach his soul for sloth and for sinfulness and to call it to imitation, for example: “O miserable and wicked soul, imitate the righteous and pure mind of Joseph; and do not live in wantonness, sinfully indulging thy disordered desires” (Ode 5).

The Canon is a broad historical panorama outlining the history of human sin and human righteousness, of the rejection and acceptance of God. The contents of the Canon are deeply Christ-centered, with heartfelt appeals to Christ in every ode, for example: “May the Blood from Thy side be to me a cleansing fount, and may the water that flows with it be a drink of forgiveness. May I be purified by both, O Word, anointed and refreshed, having as chrism and drink Thy words of life” (Ode 4). The only way of purification for St. Andrew is in Christ, through sobriety, feat (podvig), and all time giving and living all for God.

The Great Canon of St. Andrew is, undoubtedly, based on a robust Patristic foundation, with quotes from St. Meletius of Sardis, St. Ephraim of Syria, St. Gregory the Theologian, St. Gregory of Nyssa, and St. Maximus the Confessor. And the merit of St. Andrew of Crete is that he was able to synthesize their experience and imprint it into the Canon.

What is given to us in the Canon of Repentance of St. Andrew of Crete is the Biblical, ecclesiastical, truly universal experience of repentance, of the stinging of the heart, of the excruciating removal of the old, dead man and the putting on of the New Adam, in Christ Jesus, our Lord, to Whom glory is unto the ages of ages. 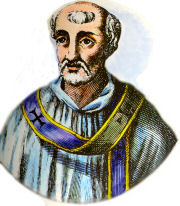 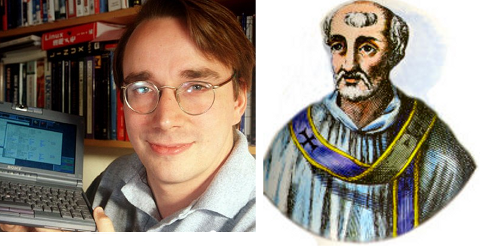