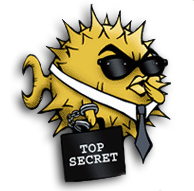 Generating public/private dsa key pair.
Enter file in which to save the key (/home/hipo/.ssh/id_dsa): y
Enter passphrase (empty for no passphrase):
Enter same passphrase again:
Your identification has been saved in y.
Your public key has been saved in y.pub.
The key fingerprint is:
b0:28:48:a2:60:65:5a:ed:1b:9d:6c:ff:5f:37:03:e3 hipo@www.pc-freak.net

This entry was posted on Saturday, July 9th, 2011 at 10:12 pm and is filed under Linux, Linux and FreeBSD Desktop, Programming, System Administration. You can follow any responses to this entry through the RSS 2.0 feed. You can leave a response, or trackback from your own site.