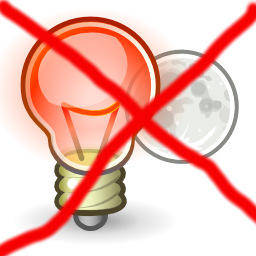 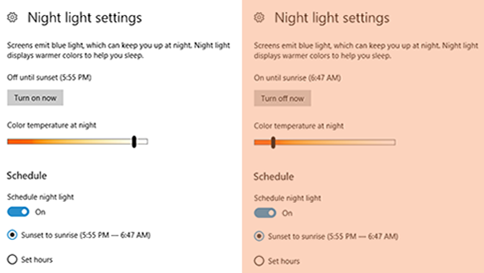 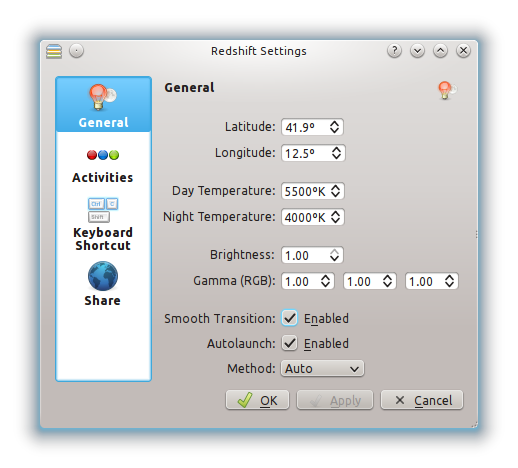 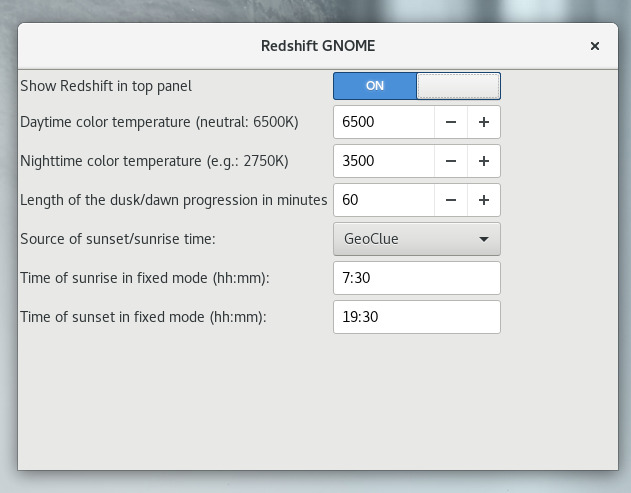 If you want to have more peaceful night sleep when working on Ubuntu or other Debian based Linux distro, be sure to have gtk-redshift installed.
It is a little program that simply changes the color gamma of screen and makes your screen look more reddish at night. According to many scientific research done on how we humans react, whether using computer late at night. It is concluded that less bright colors and especially reddish color gamma relaxes our eye strain and thus makes it easier for us to get a sleep quickly once in bed. gtk-redshift is available in latest Ubuntu 12.04 as well as on other Ubuntu derivatives (Xubuntu, Mint Linux) etc.

Easiest way to install it is via respective GUI Package Manager or via good old Synaptic (GUI aptitude frontend).
I personally prefer to always install Synaptic on new Desktop Linux PCs, use it as package GUI frontend, for the simple reason it offers one very similar "unified" package Installer outlook across different Linux distros.

The quickest way to use GUI version of Redshift is to install with apt:

To further use it it needs one time to be run with color gamma paraments, launch it first time via terminal with:
user@xubuntu:~$ gtk-redshift  -l 52.5:13.4

It is a good idea to make a tiny shell script wrapper with good settings for gtk-redshift and later use this shell wrapper as launcher :

From then on, to launch it you can directly open it via terminal

To make the program permanently work, make it run via respective GUI environment startup . In GNOME add it start-up from:

Important note to make about gtk-redshift is that on some older monitor screens, very early in morning the screen becomes too red, making screen look like displaying on very old long time used CRT monitors. For people working in fields like; Web Design, Architecture, or any drawing twisted colors effect will be annoying and will probably interfere with your perception of colors. However for programmers, system administrators and people who use computer mainly for typing and reading gtk-redshift is huge blessing.

Improve your night sleep (Insomnia) on Linux with redshift

For a while I've been experiencing troubles with getting asleep. As I work in the field of IT already for 10 years and with time it seems the problem is accelerating. I've read on the internet a lot on the topic of getting asleep and how this relates to computers and computer equipment use and came to the conclusion one of the main reasons I have troubles getting asleep is I use computer late at night usually I use PC until 2, 3 o'clock. Then when I go to bed, I cannot fall asleep until its early in the morning usually 6, 7 in the morning. My main operating system on notebook is Linux so almost all of the time I use Linux. I've noticed when I occasionally use Windows, my eyes tend to be less strained afterwards and I sleep better. Thus I suspected there should be some kind of tool in Linux which changes how PC screen displays to make eyes more relaxed. I didn't have the time to research seriously and before some time the little research I've done on this led me to nothing. Just a week ago, I've read one of the articles in Linux Magazine (December) issue, there is a very thorough article in it on how to avoid headaches and eye strain using a tiny tool which changes monitor screen gamma called redshift. In this article will explain in short how to install and use redshift to make your PC work less stressful and improve your sleeping at night. I'm using Debian as a basis Linux distro and thre redshift is available via package, other deb derivatives Ubuntu, Xubuntu etc. aslo have it. For Fedora and most of other Linux distributions redshift is also available from default repositories. For those who use Slackware or some older Linux distributions, redshift has to be installed manually from source but this should be trivial.

To install on Debian and Ubuntu:

On Fedora install with yum:

After installed you will have two programs to tune the screen color temperature, one is console based ( redshift ) and the other one is GUI based ( gtk-redshift ).

redshift-gtk is a GUI frontend

Set color temperature of display according to time of day.

To set your screen to Reddish mode which will relax your eye strain and therefore – when you go to sleep you have a better sleep, type:

Other monitor red-color afternoon or night time gamma to relax your eyes is;

If you prefer automatically changing color gamma to reddish at night – will make your eyes (and hence organism) less alert set as a cronjob in lets say 22:00 o'clock at night;

4. Controlling manually between standard and reddish color gamma through gtk-redshift

For people who like to control and switch between color gamma using GNOME Applet run gtk-redshift like so:

Clicking on the icon of redshift the color gamma gets changed to red, another toggle reverses back to normal.

There is another tool called F.lux which does the same as redshift. F.lux precedes redshift, actually redshift author write it as attempt to create superior F.lux. Flux works on Windows and Mac OS X – so users who work at night on this platforms might want ot check it. I tried installing f.lux on my Debian Squeeze Linux but had troubles because of requirement for newer python-appindicator :

noah:/home/hipo# apt-get install fluxgui
Reading package lists... Done
Building dependency tree
Reading state information... Done
Some packages could not be installed. This may mean that you have
requested an impossible situation or if you are using the unstable
distribution that some required packages have not yet been created
or been moved out of Incoming.
The following information may help to resolve the situation:

The following packages have unmet dependencies:
fluxgui : Depends: python-appindicator (>= 0.0.19) but it is not installable
E: Broken packages

Probably with some tampering I can make f.lux work but I was lazy and since I already had redshift, I decided to quit and just be a happy redshift user.