I'm not full time web developer. But sometimes, I develop websites too or just had to do some website testing.
I'm using GNU / Linux and BSD as main server and desktop platforms for many years already and hence I don't have regular access to Windows OS and respectively Internet Explorer. In that manner of thoughts it is very useful to have a way to check if a certain website I create displays fine on Internet Explorer 6,7,8 too.

Usually whether I need to test if website displays properly its elements in Internet Explorer I do use the infamous  http://ipinfo.info/netrenderer/index.php – I guess it is almost impossible anyone is developing websites on Linux and don't know it :). Fortunately while I was googling to remind myself about the exact link location to netrenderer, I've stumbled upon Mozilla Firefox add-on extension which does precisely what ipinfo.info/netrenderer/ website does – i.e. renders a website with HTML Web Engine compatible   to most Internet Explorer versions and creating screenshots on how a website would look under Internet Explorer. Of course the plugin is not a panace and since it only makes screenshots whether there are problems with interactivity (Javascript AJAX) of a website on IE will the plugin will be of zero use. However in general it is good to know if at least the website elements are ordered fine.
After the plugin is added in the usual way as any other plugin in FF, you can start using it with keyboard shortcuts:

I'm currently running latest Firefox version 16.0.2 and here plugin works, fine I guess on most FF releases not older than few years it should work fine too.

Below is description of the plugin, as taken from plugin website:

Adds buttons, tools menu and contextual menu entries to get a screenshot of the current page with IE NetRenderer.

Really useful for webmasters which are not using Windows!

You can also access the IE NetRenderer service here: http://ipinfo.info/netrenderer/index.php

Please note that the extension developper is not affiliated with GEOTEK, providing the IE NetRenderer service. You can visit his website here: http://nicopensource.free.fr/

If you're using Mozilla Firefox browser to browse the Web with Traffic Tunneling via SSH Tunnel to your own Linux server like I do in order to prevent yourself traffic to be sniffed from your Work corporate computer (as most of the corporations such as IBM / Hewlett Packard / Concentrix etc. are forcing all employee PC traffic to be  to be transported via default set Windows Corporate Proxy active for all browsers.

Then you will certainly also want to prevent the DNS requests to be not logged somewhere in your Corporate IT department thus the question arises:

How to force DNS requests to be made through the Proxy server (SSH host)?

Nomatter where you're using Firefox browser with advanced proxying plugin such as FoxyProxy FF add-on or the default Proxy FF features the DNS lookups might end up in Corporate set DNS servers often forced for the computer / notebook and impossible to be changed to a custom ones as many of the Corporation internal Sharepoints and domains are only visible from their internal networks.

Thanksfully in newer versions there is an easy way to do it directly from Visual menus via: 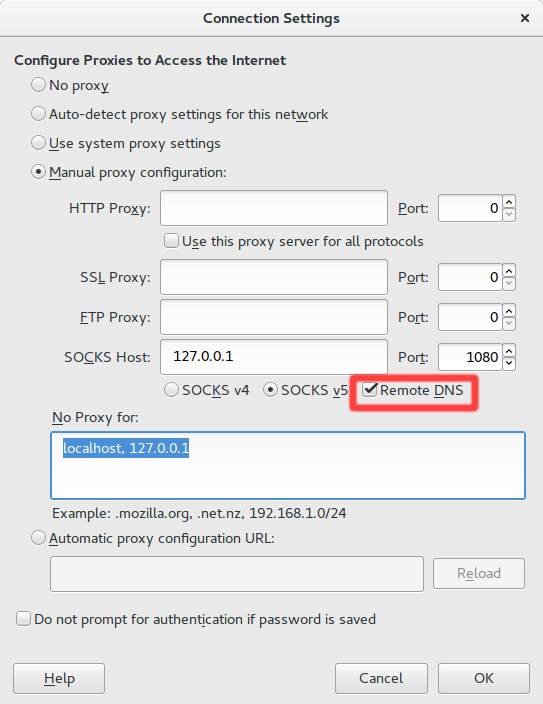 If you happen to be running older Firefox which doesn't have the Remote DNS tick you can also try to set the setting manually:

If you happen to be running DJVU Solo version 3.1 and you have some documents saved with DJVU Mozilla Firefox browser plugin you might end up with an error:

The error is well known and described on djvu solo's website. Though the reason is explained and a work around in future files downloaded via the DJVU browser plugin is suggested. The page doesn't suggest a way on how to open already downloaded .djvu files failing to via DJVU Solo.

Thanksfully there is a fix, get away from DJVU Solo and start using STDUViewer – 🙂

Here is description of STDUViewer taken from their website:

STDU Viewer is a free viewer for multiple file formats. The goal of this software is to replace the multiple document viewers with a single one simple application. STDU Viewer supports TIFF, PDF, DjVu, XPS, JBIG2, WWF document formats. These are the most popular formats for scientific and technical documentation.