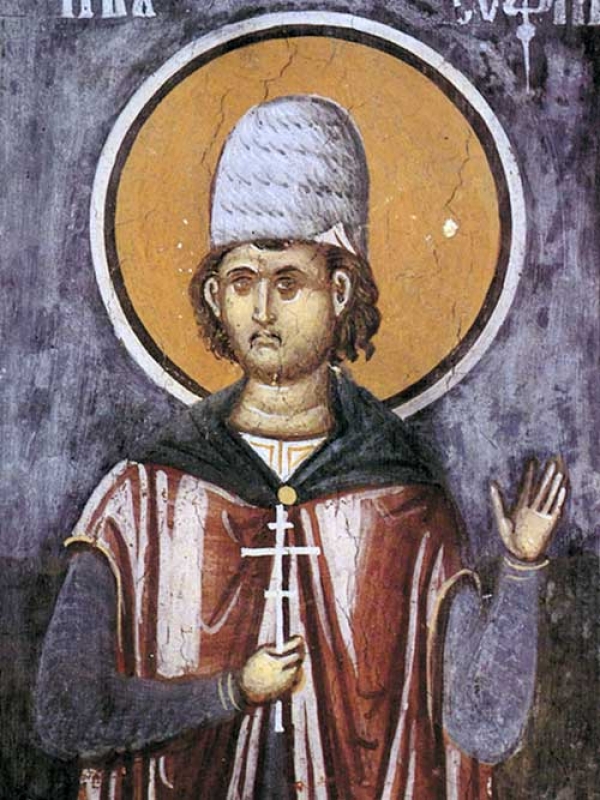 Troparion, voice 4
With a soul wounded by the love of your God, the wise George the Glorious, he preached to the ungodly, Christ God, trampled with his feeth, the Turkish heresy; and when he adorned himself with the crown of martyrdom, you ascended to the heavenly multitudes: ask Christ God to preserve your homeland, this city (Sofia) and the people who always worship your deeds.

On 26-th of May the Bulgarian Orthodox Church celebrates the memory of one of the great Bulgarian Martyr saints Saint Georgi the Newest.
С~тый Геԝ̀ргїй Софїѝскїй Новѣ̀йшїй) St. Georgi (The Bulgarian equivalent name of George) is one of the 3 saints holding the name Georgi which has confessed Christianity refused to accept islam and accepted Martyrdom for Christ in period of 1396 till year 1530 and one of the 9 famous Sofia city saints. Saint Georgi of Sofia the Newest was named after the highly venerated in Bulgarian just like in whole Christian world saint George.

St. Georgi was born in the city of Medieval Sofia (Sredetz), fortress of Serdika today’s Sofia in a family of Ivan and Maria – a wealthy and society recognized family of that time. He has born after a fervent and lengthly prayers of his parents who couldn’t have children for a long time and has been given a kid by the prayers of Saint Great Martyr George
It is important to say Georgi (the newest) celebrated on 26-th of May is a different saint from St. Georgi called “the new” whose memory in the Church is commemorated on 11-th of February.

The young Georgi quickly learned to write and read, a skills that only the most educated people usually coming from noble families could do. His favourite activity
in his free time when he was not in help of his parents was reading the Holy Scriptures.
He was grown by his parents in Christian goodness and fervency for the Christian faith.

Aged 25 he orphaned as his beloved father passed away to Christ. Georgi posessesed an extraordinary beauty, sharp mind and virtues, seeing the young man in his grief the local Turkish authorities tried as they usually do to attract the youngster to the islamic faith to make their way to interact with Georgi and do their business easier and most importantly have Georgi in their auhotirities congregation consisting only of people belonging to the islam as it was up to the Ottoman Turkish consistution law of the day.

To attract Georgi, turks first tried with hypocritical kindness and a care for the young to help him raise in the power of authorities of the city, not succeeding with that they have, they have forcefully wrapper the Muslim turban on his head and proclaimed him officially Muslim. Feeling offended by the ungodly deed of this enemies of Christ, immediately the saint throw the imposed turban on the ground and trampled on it.
The enraged muslim crowd seing his public offence for the prophet Muhammed handed him over to the Qadi in the court.

Neither the seductive promises of high office nor the cruel tortures could break the unshakable firmness of his Christian faith. The judge ordered that his body be cut into strips from head to toe and that the wounds received be scorched with dirty candles, which made the martyr’s body so hot that his face could not be seen. But all efforts were in vain.

The final verdict of the judge followed – Georgi to be hanged on the main barn in the city of Sofia, where there was a furnace for melting iron and copper ore. The execution command also stated that his body should remain on the gallows for three days in order to begin to decay, so that the faith of the Christians in the incorruptible relics of the saints and in the resurrection of the dead to be refuted and hence disgrace christianity. However, exhausted from his suffering mrtr. Georgi died at the hands of the executioners before they managed to hang him. To fulfill the command turks, anyhow hung him on a rope to show the sentence has been successfully carried out.

For three days the body hung on the gallows without any sign of decomposition, and on the contrary, an unusual fragrance of the holy relics of the martyr wafted through the barn. His mother sat under the gallows and grieving his beloved son hugged her son’s legs, staying next three three days to her son. The hanging took place on May 26, 1530 (according to other document sources in 1534). Thus on 26th of may the Church set a service in memoriam. 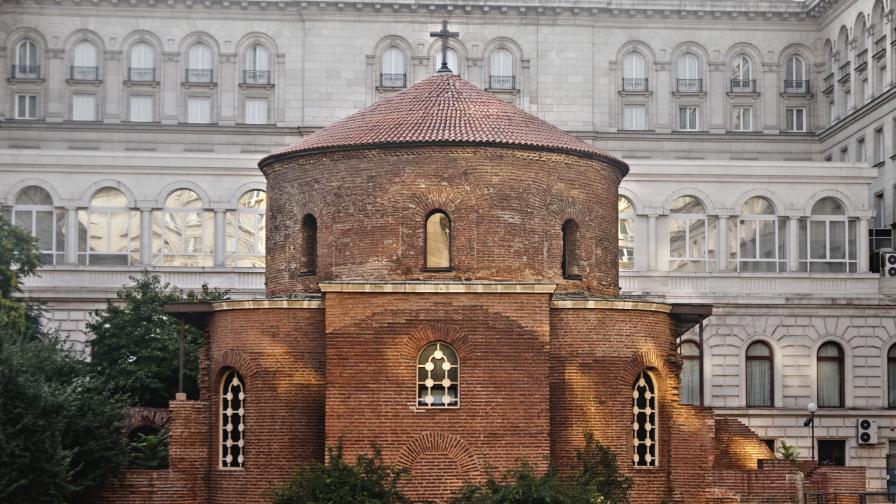 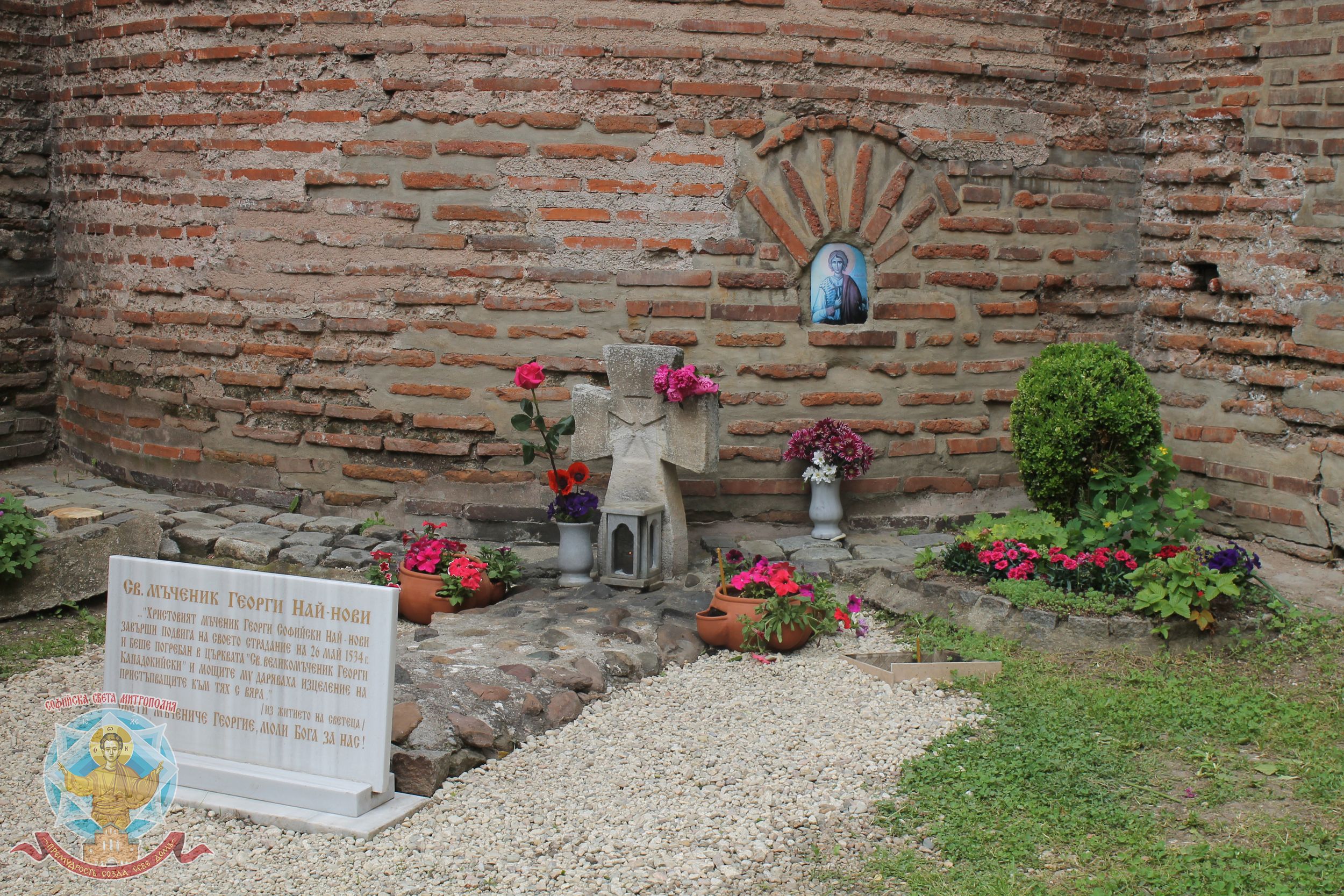 After the expiration of the sentence, the kadi handed over the body of the martyr to be buried in a Christian way, and the burial was solemnly performed by the then Metropolitan of Sofia Jeremiah in the church “St. the great martyr George the Victorious ”. Now these relics are in obscurity. The mother of the martyr died on the 40th day of George’s death and was buried at her son’s feet.

These events took place during the reign of Sultan Suleiman I Kanuni (the Legislator) also known as Suleiman the Magnificent. This “Golden Age” for the Ottoman Empire was a time of unheard of atrocities against Christians in the territory of the empire and very difficult times for the Bulgarian people. The reign of Suleiman I and his father Selim I was a time of obscurantism and severe persecution of the Christian population, a time during which many Christian new martyrs on Balkans had the courage to defend their faith.

The capture, trial and torture of St. George of Sofia The latest took place near the then Sofia. Today the place is located in the yard of the famous Alexandrovska Hospital which was a King’s hospital during the times of Kingdom of Bulgaria after liberation took place from the Turks in 1878 y.. The exact location where martyrdom occured is between street St. Georgi Sofiyski ”and“ Pencho Slaveykov ”Blvd.

There was a large stone cross with an inscription on the site, which a few years after 1944, due to the risk of being destroyed, was collected by Sofia priests and is still preserved in the altar of the church “St. Georgi Pobedonosets ”on Blvd. Partriarch Euthymius”. Until the 1940s, a liturgical procession was held from the place of death of the saint to the Rotunda on May 26.
Nowadays happily, the old Lithia tradition is being renewed and a small Lithia is conducted by Bulgarian Orthodox Christian clergy and layman.

In the garden next to the building of the Second Surgical Clinic there was a stone cross, which indicated the place and history of the martyrdom of the saint, and today a temple was built in honor of the saint. 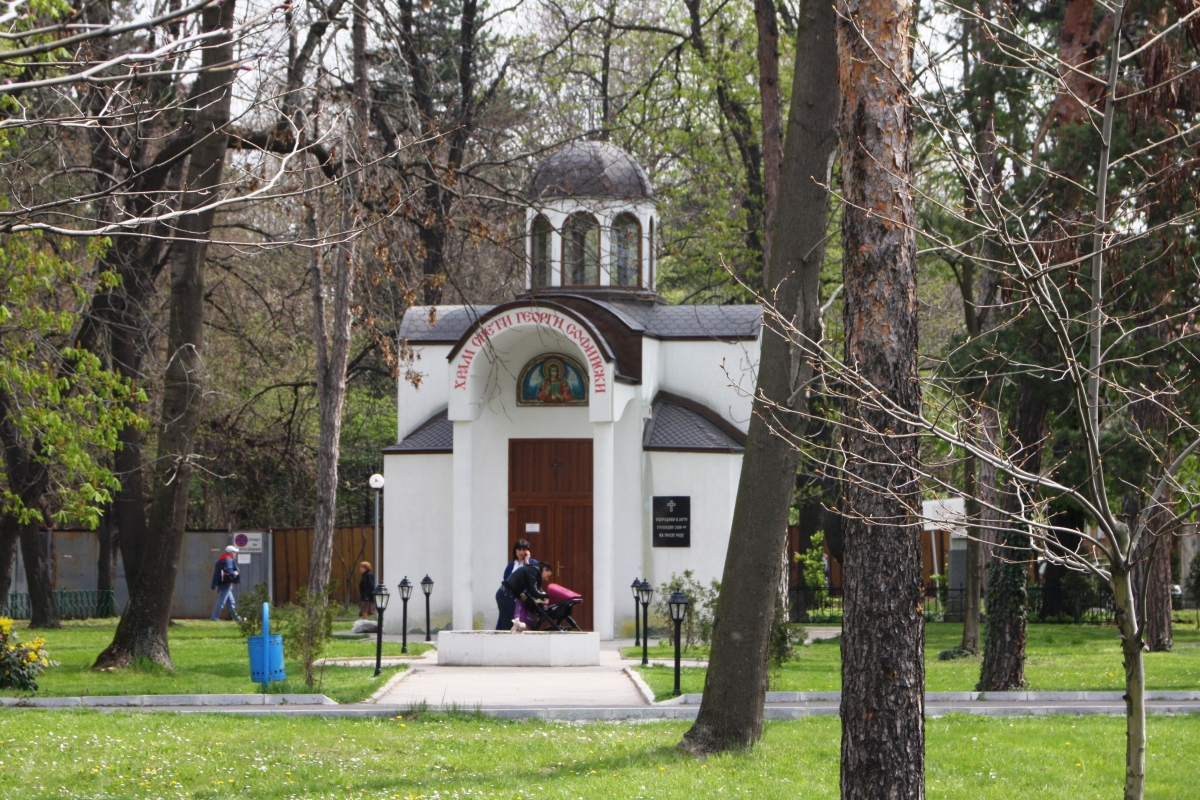 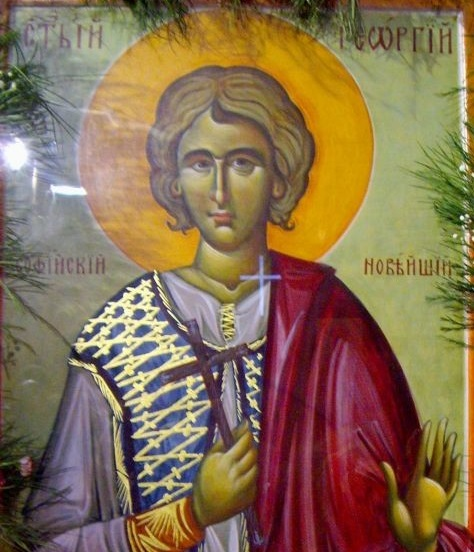 HOLY MARTYR GEORGE OF SOFIA THE NEWEST, PRAY GOD FOR US!

As a System Administrator I need to check daily the log files produced on various GNU / Linux distributions or FreeBSD. This can sometimes take too much time if the old fashioned way using the normal system tools cat, less and tail etc. is used.

Reading logs one by one eats too much of my time and often as logs are reviewed in a hurry some crucial system irregularities, failed ssh or POP3 / Imap logins, filling disk spaces etc. are missed.

Therefore I decided to implement automated log parsing programs which will summary and give me an overview (helicopter view) on what were the system activities from the previous day (24h) until the moment I logged the system and issued the log analyzer program.
There are plenty of programs available out there that does “wide scale” log analysis, however there are two applications which on most GNU / Linux and BSD systems had become a de-facto standard programs to scan system log files for interesting lines.

1. logwatch is by default installed on most of the Redhat based Linux systems (Fedora, RHEL, CentOS etc.). On Debian distributions and as far as I know (Ubuntu) and the other deb based distros logwatch is not installed by default. Most of the servers I manage these days are running Debian GNU / Linux so, to use logwatch I needed to install it from the available repository package, e.g.:

logwatch is written in perl and with some big files to analyze, parsing them might take hell a lot of time. It does use a bunch of configuration scripts which defines how logwatch should read and parse the various services logwatch support by default. These conf scripts are also easily extensible, so if one has to analyze some undefined service in the conf files he can easily come up with a new conf script that will support the service/daemon of choice.Using logwatch is very easy, to get an overview about server system activity invoke the logwatch command:

The execution might take up from 10 to 20 seconds up to 10 or 20 minutes depending on the log files size and the CPU / RAM hardware on the machine where /var/log/… logs will be analyzed.

logwatch output can be easily mailed to a custom mail address using a crontab if the server runs a properly configured SMTP server. Using a cron like:

Here is time to make a note that logwatch is ported also to FreeBSD and is available from BSD’s port tree, from a port with path:

2. logcheck is another handy program, which does very similar job to logwatch . The “interesting” information it returns is a bit less than compared to logwatch

The good thing about logcheck is that by default it is made to mail every 1 hour a brief data summary which might be of an interest to the sys admin.
Logcheck is available for install on RedHat distros via yum and has existing package for Debian as well as a port for FreeBSD under the port location /usr/ports/security/logcheck

To install on logcheck on Debian:

After installation I found it wise to change the default mailing time from each and every hour to just once per day to prevent my email from overfilling with “useless” mails.

This is done by editting the default cron tab installed by the package located in /etc/cron.d/logcheck

Altering it that way the log summary interesting info analysis will be sent on mail every day in 05:02 a.m.
Changing the default email logcheck will ship its log analyzer report emails on deb based distros is done via editting the file:

And changing the SENDMAILTO=”” variable to point to the appropriate admin email email addr.