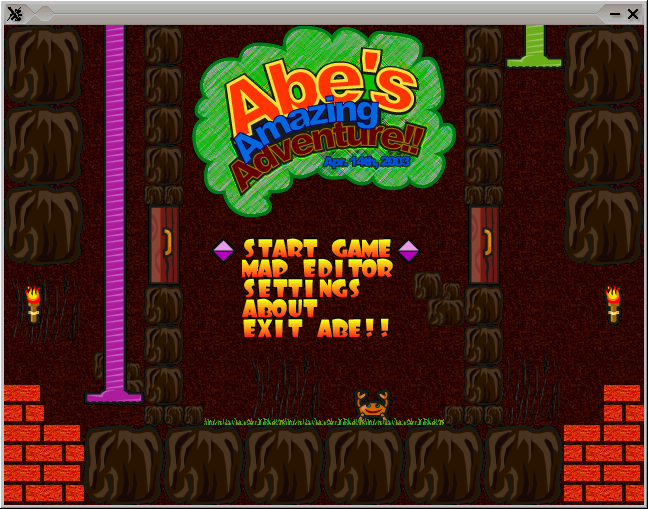 While looking over the installable packages in System -> Administration -> Software Center on my my Debian powered notebook, I’ve accidently rolled over a game called Abe’s Amazing Adventure , as a big oldschool arcade game fan, I’ve immediately clicked on Install being impatient to see the overall game atmosphere and gameplay as well as storyline.

Abe’s Amazing Adventure is available under the debian package name abe and can be installed by issuing:

debian:~# apt-get install abe I was pleasently surprised to find out the gameplay and the overall game feels like the golden classical arcade game Dangerous Dave

For youngsters who never played the amazing absolute killing arcade ! as well as for people who feel nostalgic about Dangerous Dave 2 here is a nice gameplay screenshot:

Here is also a screenshot of Abe’s Amazing Adventure gameplay: 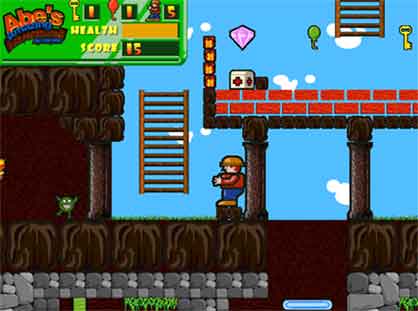 You can see the great resemblense between the two games even by the screenshot; In both games you have to collect keys to open doors and diamonds which gives you points. Of course there are some differences as you can see Abe’s Amazing Adventure ‘s graphics has some additional items like Baloons with which your main character can fly over distances (for a limited time). There is also more diversity in the enemy types you face on the road to unlock the different doors. The game has also a red stars which while taken saves the game so if you quit the game on next game load up starting the game automatically starts you from the last save point. 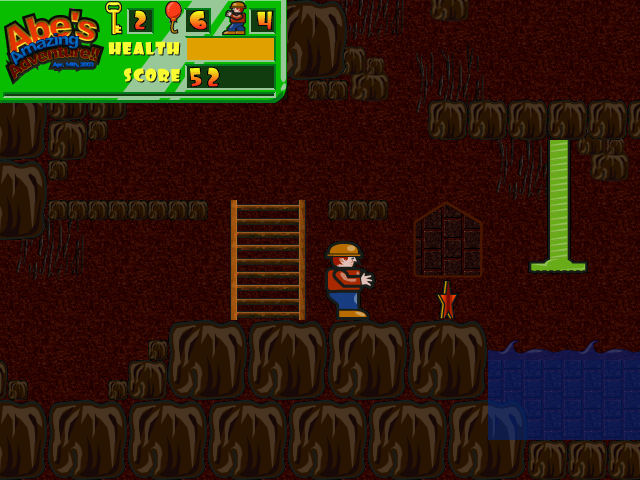 The ( 6 ) baloons seen in the screenshot on the left upper corner can be used occasionally to fly some distance by pressing Enter .
There are health recovery kits one can take to recover, some health damaged by hitting obstacles on the way.
The game story is short but entertaining, just like the general game feel: 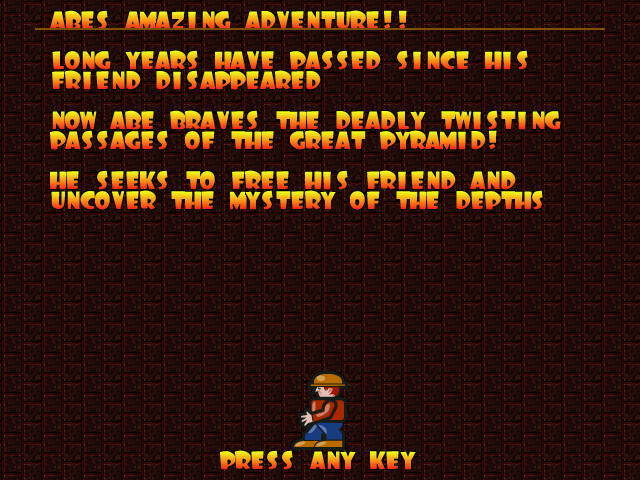 The game music is relaxing and more or less in the spirit of arcade games, the keyboard interactivety is pretty good as well.One thing I see can be improved to make the game better are the graphics, they’re a bit childish and too cubical, where sometimes some more general characters and obstacles animation will give the game a better look. Anyways for the year 2003 and for a free software arcade the game is not bad. For children and growing kids the game is just perfect, even for big kids like me its good to spend an hour of jump and run fun 😉 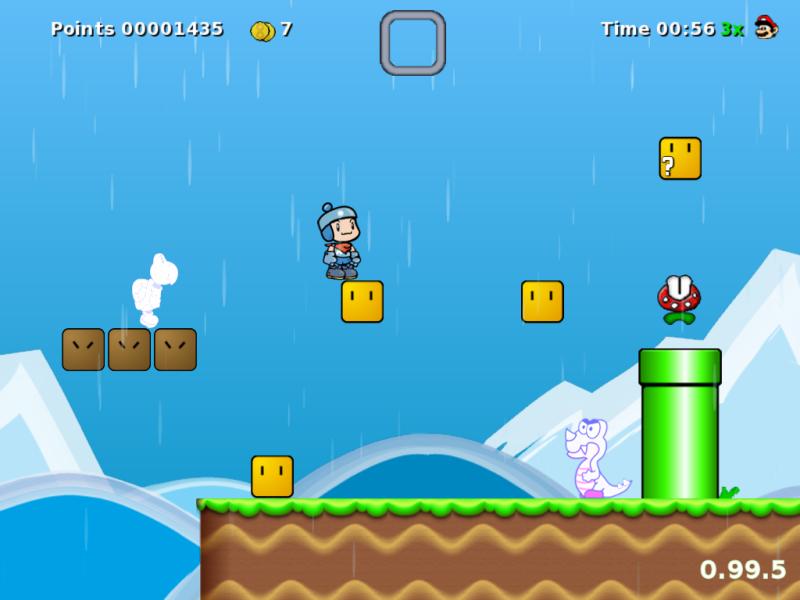 Are you looking for free software version of the old-school absolute Nintendo classic Super Mario Bros. ? 🙂

If you’re an old-school geek gamer like me you definitely do 😉
I was lucky to find Secret Mario Chronicles a Linux version of Super Mario while I was browsing through all the available for installation Linux games in aptitude .

The game is really great and worthy to be played. It’s even a better copy of the classical arcade game than SuperTux (another Mario like Linux clone game) 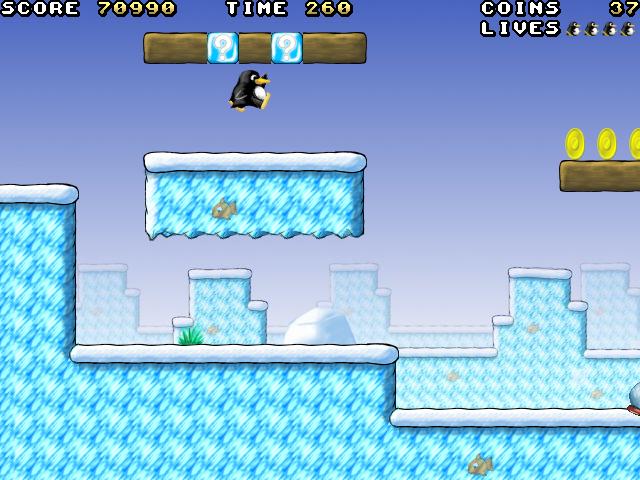 Both Super Mario Chronicles and Super Mario Bros are available for installation as .deb packages in the repositories of Ubuntu and Debian and most likely the other Debian direvative Linux distrubtion.

To install and play the games out of the box, if you’re a Debian or Ubuntu user, just issue:

The other good news are that both of the games’s engine, music and graphics are GPLed 🙂

To Launch the games after installation in GNOME I’ve used the menus:

The games can also be launched from terminal with commands:

The only thing I don’t like about Super Mario Chronicles is that it doesn’t have a good music and only sounds, just to compare SuperTux has an awesome level music.
Along with being an absolute classic I should say that these two games are one of the really good arcade games produced for Linux and if I have to rank them as a gamer among all the other boring arcade games today available for Linux this two ones ranks in the top 10 arcade games prdocuced for Linux