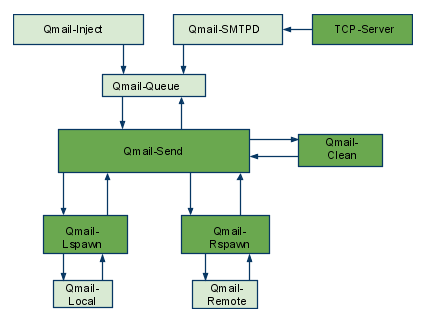 I need harmony. I’m overwhelmed with work and thoughts about existence, you know it’s a terrible thing to think about the human existence all the time. The time passes slowly. Today I went throught a lot of stress. It seems that I did a mistake when modifying the server firewall in Friday when we moved pozvanete and connections about the aids were not possible thanksfully Vladi said it will be fixed. Bobb reported that efficiencylaboratory system does not send emails when I take a look I saw the qmail queue was broken ( something I see for a first time ). qmail-qstat reported empty queue while qmail-qread reported empty. I found this about fixing messed queues http://pyropus.ca/software/queue-repair/. After running it over the queue and restarting the mail server few times it seemed to work at the end. I experience terrible problem when trying to run jailkit on one Debian Sarge machine, I’m trying to figure out what is the reason few days ago with no luck a terrible thing even stracing the jk_socket does not provide with anything that could lead to a solution when I’m logging into the machine with the jailed user the auth.log indicates that login is successful and sftp-server is spawned while the sftp client closes the connection. I’ll be looking at this later again I really ran out of ideas aboud a possible solution.I’m very tired I need rest. Too often I despair sometimes I want to cry, there is so much unrightfulness in the world. On Saturday night me and Nomen decided to do a pretty Ñ€eckless thing we catched the train for Botevo and spend the night in a forest around a fire. This time we was equiped at least we had a torch. We baked bread and potatoes on the fire and made a sort of sandwiches with a salt and cucumbers. At least this time we went to the other forest and there were trees all around so it wasn’t necessary to search for them in the darkness. All the forecast said it would rain. But Praise the Lord it didn’t. (We even prayed a little to God not to rain cause we had not the proper equipment ). Thanksfully again God heard our prayers. The only bad side of our great adventure was that after 1:00 o’clock in the morning the temperature started falling and it was extremely cold. I was able to sleep just for 40 minutes or so. In the morning after 6:00 the birds started to awaken and sing, so beautiful voices all around, even flickers :]. In went to the Botevo’s railway station and in 8:40 take the train back to Dobrich. I went home and took a shower then went to bed. I was woken by a telephone call and it was the missionary which call me two days ago wanted to see me and speak about the faith, he call me to remind me of our meeting ( from the way he speaks I undestood he is a Mormon ). So I decided to rewrite the Orthodox Creed of Faith and show him and explain them what I believe. When we met they were very kind to me and after some time they supposed to go to their church to explain us about their faith. I went their and they started talking strange things they wanted to pray together ( I rejected ofcourse ). How can we pray a prayer I have no idea about.After a lot of discussion about the Gospel and the truth Church they got angry and chased me out of their sect/”church” ;]They tried to lie they tried to claim they’re orthodox Christians in the first cause I told them I’m orthodox. One of the Moroms tried to convince me he knows more about orthodox Christianity more than me. Other of the two cited me a some Writting in the Book of Jeremiah trying to convince me I have existed before my birth, I told him this is occult (this was my opinion ofcourse God knows best).END—–