I've installed Jabber as a platform for internal company communication for a company. It was a requirement for this jabber server to be accessed from a different type of computers / devices different in size, hardware and OS e.g. (Mac OS X, Windows, Linux, Ipad, mobile phones etc.)

Happily there is plenty of free software programs which allows access to jabber for free. On the major operating systems GNU / Linux, Mac OS X and Windows the client jabber accounts are working fine with the wonderful free software Pidgin – The Universal Chat Client

One of the jabber clients, however was primary had to be used on Apple's proprietary IPad / IBad as Richard Stallman likes to call it 😉

The person who had to have the Jabber protocol working on IPad program was not a proficient user and therefore I had the task to find a program to be able to talk to the Jabber protocol for him.
A quick search in Google for jabber ipad client led me to few programs said to support Jabber on Ipad :

Jabba was looking quite, nice but unfortunately costs $1.99 and should be purchased in Apple's App Store and it was preferrable not to spend money on a trivial thing as a Jabber client.
I gave BeejiveIM a try but it required some very complex registration, as well as again required to be purchased (if I remember correctly), so it wasn't an option either.

Then thanksfully, I found TalknOut which is free and it is a perfect jabber client for Apple Ipad
Talkonaut is a program also supporting both Jabber (XMPP) and GTalk2VoIP, hence supporting Google Talk and MSN/Live Messanger.
It is written Java and therefore works on any device that has Java installed. Talkonaut supports the following mobile architectures:

Installing TalkonAut is a piece of cake from Ipod's Safari you click on the Install link and it gets installed. I will not get into details on how it is configured as this also is pretty easy.
Here is how it looks like on Ipad after configured and the user is logged in Jabber: 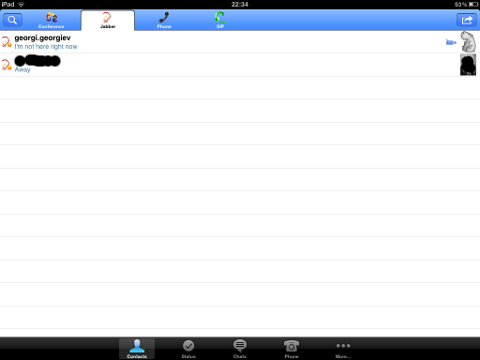 Something really unique and nice for the program is the way the chat dialogs gets ordered, the idea to place one person's sending on the left side and the replying one on right is innovative and something I've not seen in another chat client 😉 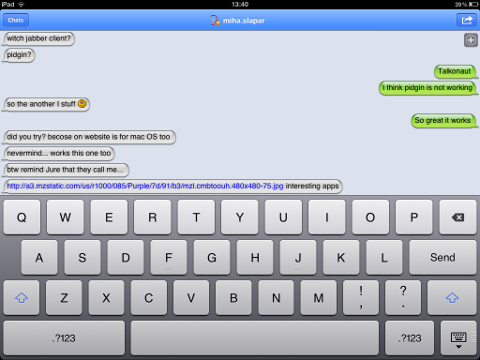 Talkonaut should also support VoIP (voice conversations), between mobile users, I'm curious if somebody used the program for VoIP and can share feedback? 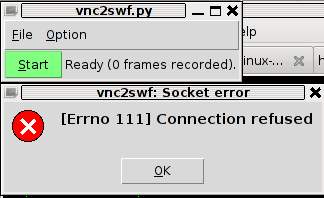