All this opens a big opportunity for economy development and inflush of fresh-money from outsourced jobs. Due to higher and European standard level of education in Bulgaria, the workhand pool in Bulgaria is usually more knowledgeable and better in quality if compared to rest of 3rd world countries India, Indonesia, Sinagopore etc. Bulgaria has generally good infrastructure and offers easy transportation of people and resources, something not so well developed yet in lets say India or Indonesia. Therefore opportunities for further development in Bulgaria as a leading outsource center in Europe are immerse in the coming 10 years. So far big companies who already realized the great Bulgaria potential like Comverse, HP, IBM etc. started actively hire people in Bulgaria and outsource their businesses but this mainly happens in Sofia. 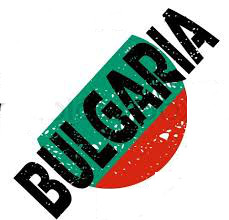 The trend in long run however is that European leading companies start outsource in smaller cities and towns as well. Right now most prepared personal ready for outsourcing in Bulgaria is in field of Information Technologies, Electronics, Marketing, Transportation Equipment, Business Management, Chemical Industry, Food & Bevarage and Logistics. General outsourcing trend is more and more people working in not high qualitified labor to enter the market of out-sourcing. There are plenty of companies already in Bulgaria involved in textile (clothes) industry offering their cheap and high quality workhand to large external multinational companies like Zara, H & M , Versace etc.

Currently Bulgaria is considered the poorest countries in the European Union with the shocking minimal wage of 310 leva about (155 EUR) and avarage monthly sallary of 812 leva (406 EUR) monthly. The cheapness of Bulgaria is still unidentified gold field ignored by many Western Multinational companies. Outsourcing in Bulgaria has great advantages for European Countries based companies in terms of product logistics as product transportation cost and taxation within the European Union are very cheap if compared to rest of top non-EU outsourcing countries. Due to Ð¾bviously advantegous conditions in Bulgaria there are plenty of companies in Bulgaria already specialised in auditing outsourcing business risks and planning steps a company could partake to outsource its business in BG. Current Bulgarian government is making further attempts to relieve country's conditions to attract new business investors by 'Simplifying country's business registration and operations administration requirements and fostering better business environment' as said recently by second minister of economics Krasin Dimitrov in recent business forum "Opportunities and Challanges in Business Process Outsourcing (BPO) and Shared Service Centers (SSC) in Bulgaria"

How to do world and kernel binary upgrade of FreeBSD 7.2 RELEASE to FreeBSD 9.0

1. Use FreeBSD upgrade with 9.0-RELEASE as an argument

Note that you will get on screen an error message like so:

The update metadata is correctly signed, but failed an integrity check.
Cowardly refusing to proceed any further.

You can safely ignore the message but anyways it is good to do following substitution in freebsd-update sript:

After that, run freebsd-update, one more time:

Here during the upgrade you will be prompted for about 20-30 questions, which in most cases will be okay if you answer with yes. Most questions, are just notifications that in FreeBSD 9.0, some extra users were added some version release numbers are changed and the old files need to get merged with the new ones. It is good idea to read all the prompts and be sure to know what you’re doing before answering. Anyhow in my case I was quite in hurry so I simply did yes and q (to quit each of the diff notification screens pop-ping up after each yes answer.

Once this process is completed you can safely install FBSD 9.0 kernel and world binaries:

To test if all is okay with the update restart system:

Then to finalize the binary BSD world and kernel update once again issue:

That’s all FreeBSD 7.2 -> 9.0 (kernel and world) upgrade is succesful. After the upgrade some packages might not be working and you will have to check and manually update ports which are not working (due to linked to old FreeBSD 7.2 world libraries and so on). It is also good to upgrade all installed ports. I will explain how I did ports upgrade a separate article. Cheers 😉

Welcome to WordPress. This is your first post. Edit or delete it, then start blogging!

Happy System Administrator’s Day to all Sys Admins, who read my blog regularly! 😉

There are some many mafias around the world, Maybe one day there should be a sysadmin mafia 😉
Cheers! 😉

I needed a handy way to recover some old data of an expired domain containing a website, with some really imprtant texts.
The domains has expired before one year and it was not renewed for the reason that it’s holder was not aware his website was gone. In the meantime somebody registered this domain as a way to generate ads profit from it the website was receiving about 500 to 1000 visitors per day.
Now I have the task to recover this website permanently lost from the internet data. I was not able to retrieve anything from the old domain name be contained via google cache, yahoo cache, bing etc.
It appears most of the search engines store a cached version of a crawled website for only 34 months. I’ve found also a search engine gigablast which was claimed to store crawled website data for 1 year, but unfortunately gigablast contained not any version of the website I was looking for.Luckily (thanks God) after a bit of head-banging there I found a website that helped me retrieve at least some parts from the old lost website.

The website which helped me is called WayBack Machine

The Wayback Machine , guys keeps website info snapshots of most of the domain names on the internet for a couple of years back, here is how wayback machine website describes its own provided services:

The Internet Archive's Wayback Machine puts the history of the World Wide Web at your fingertips.

Another handy feature wayback machine provides is checking out how certain websites looked like a couple of years before, let’s say you want to go back in the past and see how yahoo’s website looked like 2 years ago.

Just go to web.archive.org and type in yahoo and select a 2 years old website snapshot and enjoy 😉 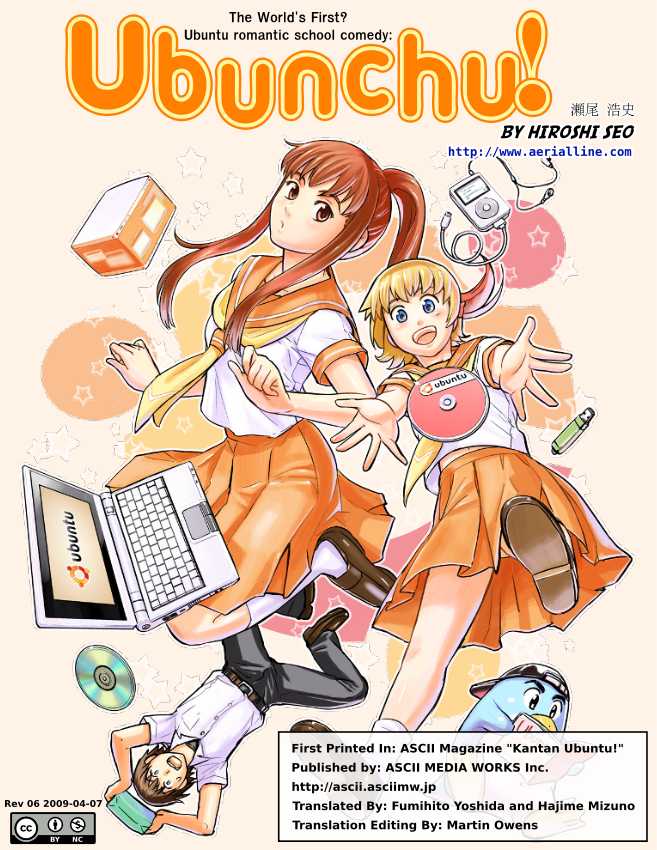 I came along a nice Linux Related magazine called Ubunchu It’s a short story about few kids membering in a pc geek club. The 3 kids start installing ubuntu and getinto the ordinary quarrels on the topic of “which linux distribution is better?” and is Linux alreadydesktop ready. Download and read the mirrored copy of Ubunchu Magazine here

Orthodoxy Around the World (Orthodox Churches arond the world)

Dear reader, I thought it’s a nice idea to link that nice video
It’s compiled by some Orthodox Brother with God’s mercy.
The scale of Orthodox Christianity is really amazing. Almost 600 000+
people around the world are orthodox christians.
As Orthodoxy claims to be a direct descendant of original christianity,
faith and traditions.
Well Enough talk, Enjoy the wonderful video!

Orthodox Prophecies about the End of The World and the Coming Antichrst, The Second coming of our Lord and Saviour Jesus Christ

Two days ago while I was looking for various Orthodox related writtings, I found some interesting
places containing many prophecies of saints concerning the rule of the antichrist and the coming end
time terrible days. What the saint prophets say is more than scary. Most of the signs described to be
seen in the end times are already present. Iâ€™ve mirrored the website of orthodoxheritage â€“ a newsletter published by the Greek Orthodox Brotherhood of St. Poimen, a 501 here .
The link to the orthodox prophecies is located here . Iâ€™ve also mirrored many other pages I found online
on a custom user site in geocities .
Here is a link to the mirrored pages with orthodox prophecies concerning end times

Some of the mentioned things that struck me was:
1. People will be attached to their gadgets more than to their relatives ( already happening)2. People to be not having lack3. Will communicate everywhere freely like theyâ€™re in the same room ( already fulfilled)4. People will fly in the clouds and dive into the oceans (fulfilled)5. Many churches will be rebuild and made their cupola made wonderfully ornated (fulfilled â€“ interesting to notethat old orthodox churchesâ€™s cupolas are not painted, Even I think itâ€™s prohobited by the church rules to do so)6. Man will trust his gadget more than his first neighbor (on itâ€™s way to be fulfilled)7. People will drive in rigs upon the moon and stars. (already happened)8. The whole world will be plagued by a strange disease and nobody will be able to find a cure; everybody will say I know, I know, because I am learned and smart, but nobody will know anything. (already fulfiller or partly fulfilled?)9. People will be lost and will become more and more senseless day by day. (currently fulfilling)10. Men will be born not knowing who was their grand-father and great grand-father. (partly fulfilled)11. It will not be possible to distinguish a man from a woman. Everybody will dress the same. (fulfilled)12. People will believe that their illusion is the real truth, although there will be no truth in their heads. (fulfilled)13. Men will build a box and within will be some kind of gadget with images.With the help of this image-gadget man will be able to see everything that is happening all over the world.14. After the Second Big War, all of that will be just a bitter illusion, because many will forget God and they will worship only their own human intelligence (fulfilled)15.. A world war III would burst out (not yet fulfilled)16. Great famine after World war 317. Many will worship the Antichrist and accept his evil system (and his number, the number of the beast)Most of the prophecies I publish are given to The Righteous Dimitri Tarabibicz (recorder around 1850s),
He was illiterate Serbian villager who lived an extremely pious manner in the mid 19th century.
This is small portion of all the Orthodox Prophecies we the Orthodox Christians has left as a heritageof the Holy Fathers.
ENDâ€”â€“

Death to The World!

Some time ago I stumbled upon a great website. I believe this website is a whole blessing for every Christian out there.I warmly recommend it to everybody who wants to learnmore about the orthodox saints and especially about St. Seraphim Rose. Here is the website itself. Happy reading! And let love of God the FAfther and the grace of Our Lord Jesus Christ and The Holy Spirit be with you. Amen!END—–