I needed to add to a wordpress based website Google maps location pictures with Google Maps Zoom In / Out controls.

I've seen plenty of plugins available that said to to this but none of them really worked fine for me. Either the plugins I checked in wordperss.org was too complex to set up and required a Google API registration or was marked as Broken (not working).

But that was not the end of my WordPress Google Maps  struggles. What followed was rather ridiculous, it seems since some time Google removed the pinning of a location searched for. Moreover the easy old way to simply pin a location on the map is also, gone.

Hence here is what I had to do to pinpoint location on the Google map of my searched country destination:

1. To be able to pinpoint the location, I had to login to my gmail
2. Go to http://maps.google.com in browser
3. Press on My Places button
4. Click on Create map and fill in the Title and Description dialogs
5. The Privacy and Sharing radio button should be selected
6. Click on Done and Save buttons
7. From the left top corner inside the Google map image to select the baloon picture (Add a Placemark) 8. Choose the exact desired placemark type and color from the next appearing dialog
9. Choose the location I want to pin on the map

I've created also a small Video tutorial just for fun for all those who want to see the pin a location with a baloon 😉 on the google map tutorial, here is the video as well:

For all people who can't properly see the .mov video here is link to the video created with recordmydesktop on my Linux showing how the baloon pinning inside a map can be done.

Improve your night sleep when using PC with Windows XP late at night with F.lux

After testing F.lux on Mac OS X, I decided to install it and test it on a friend's Windows XP OS. Up is a screenshot from the program right after installed.

Just like on MAC OS X F.lux auto set the Geographic Location and started changing the Gamma of the screen to reddish at night. As you can see the change of Screen Color gamma can be set in various intervals with default of auto changing monitor backlid gamma every 20 secs.

On early day, when usually outside you see the day light because Sun Light shines on our planet, the color gamma is auto-configured to the normal light one.
I think in short future all computer vendors should think of embedding F.lux or some similar application to every Desktop PC, laptop, Phone and Tablet.

When F.lux is active a tiny icon with the F.Lux logo is visible on Taskbar like in below screenshot. From there you can view f.lux settings, see in what Color gamma mode the program works at present or to manually set custom color gamma. Enjoy 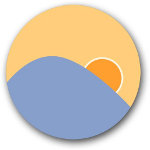 Recently I blogged about how to reduce night sleep problems and diminish insomnia on Linux with little command line tool – redshift. Now I'm in a friend who is a Mac user and since he had lately problems with sleeping. I remembered about redshift and one other tool which I read about called F.lex. We give it a try and installed it on his Mac OS X Lion – ver (10.7.5). Installation is like other standard Mac OS X applications, download f.lux version for Mac OS then click  .DMG binary and you're asked if you want to install the program in Mac active Applications. That's all the program is installed and you don't even need to configure it as the program automatically determines Time Zone / Geographic Location  configured for OS X. Once installed you will notice the F.lux switching screen gamma icon on left of Mac panel: 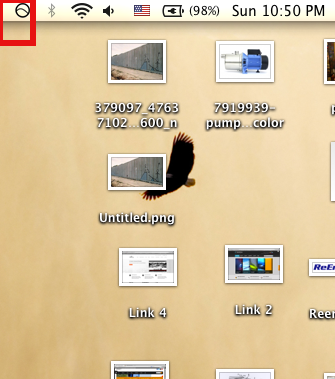 In F.lux configuration, by using Search button the program can automatically determine Geographic Location, however if you it fails to determine proper location and improperly sets the screen color gamma, you can manually set location coordinates. F.lux tunes screen color gamma accordingly to day or night and time in day. If it is night it makes the screen reddish, so eyes our eyes relax strain (stress) and our organism prepares to get to bed so once you're in bed it is easier for your brain to get asleep.

Now here it is 23:37 at Night and F.lux smartly changed the color gamma accordingly to night mode (reddish) gamma. I've noticed on F.lux's website there is version for iPhone and iPad 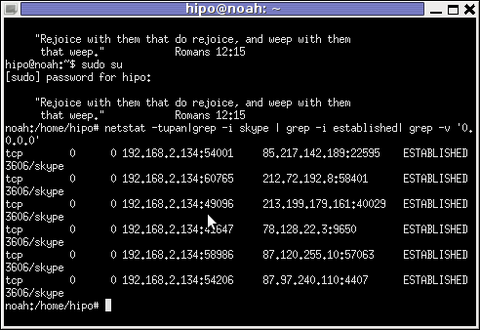 Now, as few IPs are displayed, one needs to find out which exactly from the list of the ESTABLISHED IPs is the the Skype Contact from whom are received or to whom are sent the messages in question.

You see on the first netstat (sequence) exec, there is only 1 IP address to which a skype connection is established, once I sent some new messages to my remote skype friend, another IP immediatelly appeared. This other IP is actually the IP of the person to whom, I'm sending the "probe" skype messages.
Hence, its most likely the skype chat at hand is with a person who has an IP address of the newly appeared 213.199.179.161

Note that this method of finding out the remote Skype Name IP to whom a skype chat is running is not always precise.